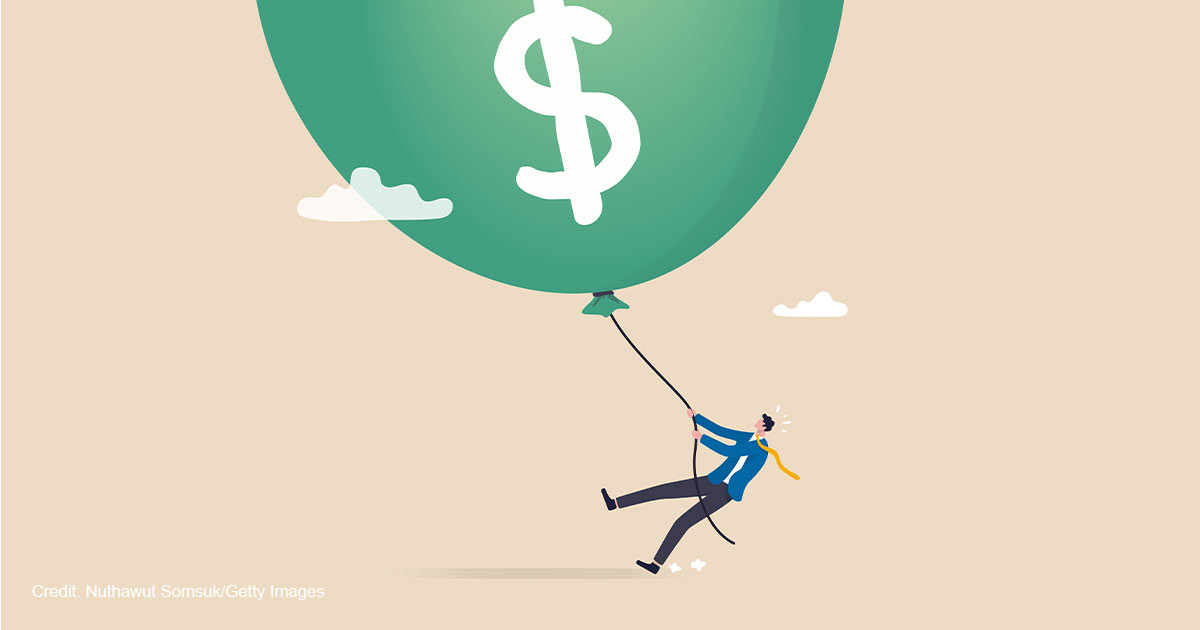 Like a page turner, inflation is easier to start than stop, as proved by Thursday’s latest report from the Bureau of Labor Statistics (BLS). Despite the Federal Reserve continuing to raise interest rates, inflation remained historically high. The Consumer Price Index, a key statistic, rose by 8.2% over the past 12 months (compared to 8.3% in August) and 0.4% over a month ago (compared to 0.2% in August).

“I just want to say a number: zero,” President Biden boasted back in August, when the July CPI report revealed that inflation had increased by 0.0% — or rather, held steady. Now it appears that the president started running with his eyes before he had caught the football. While the 12-month rate is down slightly from the June high of 9.1%, the monthly inflation rate has actually crept up again. September inflation even exceeded expectations. Consensus projections placed the month-over-month increase at 0.2%, the same as August, but the actual increase was double that.

It gets worse. Core inflation, which removes food and energy prices as too volatile, rose by 0.6% over a month ago (matching a 0.6% increase in August) and 6.6% over the past year, the largest annual increase in 40 years. Last year, core inflation lagged behind gasoline and food prices, and administration supporters dismissed the increases as temporary shocks that didn’t demonstrate broad-based inflation. Well, what are they going to say now? Energy prices are tamping down the CPI numbers — gasoline prices fell 4.9% in September, according to BLS — while prices for nearly everything else are flaming up.

Such economy-wide core inflation is the antithesis of “under control.” Squeezing out inflation is like extinguishing a bed of hot coals; you can smother them, but they’re carrying so much heat that they can reignite at any moment. To solve the problem, the Federal Reserve needs assistance to terraform the economic landscape. We must not only raise interest rates, but also shut off wild spending. Yet President Biden continues pumping money into the economy as often as he can — most recently through unconstitutionally forgiving hundreds of billions of dollars’ worth of student loan debt with a stroke of the executive pen.

America’s economy is not strong enough to take this sort of beating right now. The Biden administration can chant “full employment” till they’re blue in the face, but that won’t change the fact that Gross Domestic Product (GDP) shrank during the first two quarters of 2022, supply chains still have the hiccups, and transportation unions keep threatening crippling strikes. Meanwhile, the Biden administration pursues its usual strategy of declaring victory and ignoring the problem.

In addition to the obvious electoral consequences of these economic woes, such hardship contains an additional duty and opportunity to Christians. There are people in our communities living on the cusp of disaster, whom inflation thrusts underwater — the elderly and disabled, single mothers, the underemployed. “You always have the poor with you,” said Jesus (Matthew 26:11). They could obtain government benefits — cold, impersonal, abstract — but how much better to receive the love and care of Christians? The virtues of hospitality and generosity shine forth most prominently amid hardship. What a perfect opportunity our president has given us to show the love of Christ.