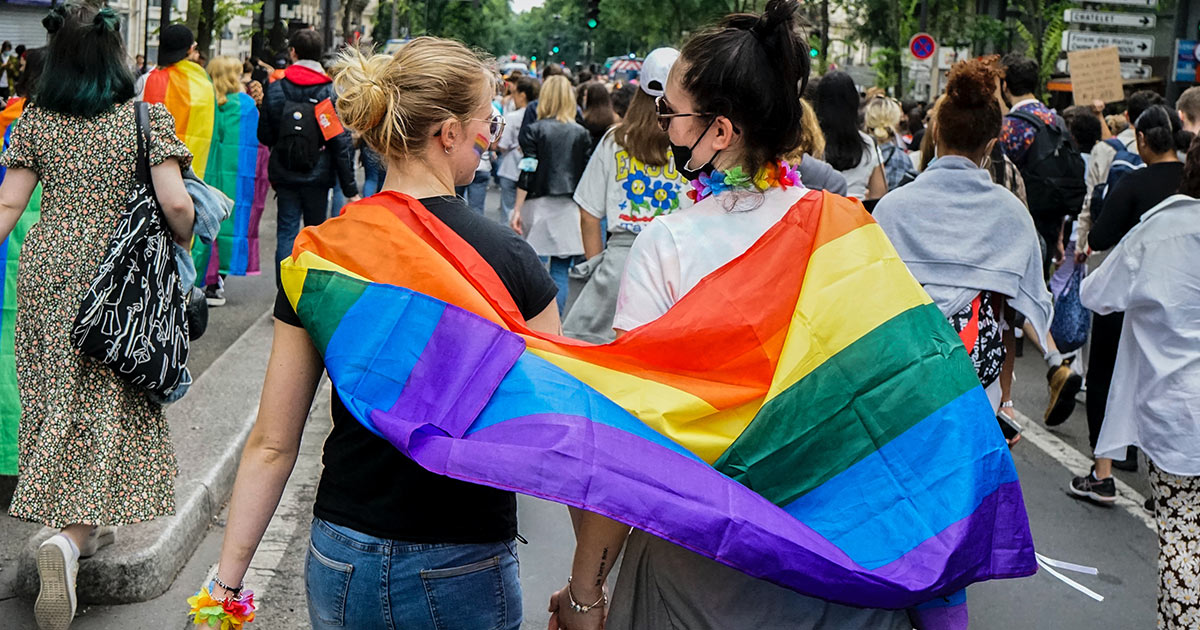 Selling out on Marriage Will Haunt the GOP

Never underestimate the Republican Party’s ability to self-destruct. That’s the one thing years of cultural battles have taught everyone. Heading into November with the elections on a silver platter, the men and women who rebranded themselves as the forces of anti-wokeness have suddenly gone soft on an issue that should be a political no-brainer: marriage. After seven years of letting the court take the heat for redefining history’s oldest institution, a surprising number of Republicans are making a fatal mistake — believing they can win back Congress by sounding just as radical as the party set to lose it.

If the GOP’s defectors are making a political calculus, it’s a terrible one. Conservatives who abandon marriage are only endearing themselves to two sets of people: radical Democrats who would never vote for them anyway, and moderates from both parties who wouldn’t make marriage the deciding factor of any vote. Who they stand to lose, on the other hand, is far more significant this November. Not only do they risk suppressing their evangelical base, but also other Americans who: a) see same-sex marriage as the gateway drug to all of the transgender, LGBT, sex-ed chaos we’re experiencing in society; b) don’t believe an activist court should usurp the democratic process; and; c) thought the Republican Party would be the counterweight to the Left’s extremism.

The majority's leaders aren't stupid. If they can exploit a weakness and divide the GOP, they’ll do it. And unfortunately for conservatives, Republicans stink of fear on this issue. Instead of coming out right away and squashing the idea of redefining marriage, like they did in 2015, they shrank back — giving their opponents a perfect opportunity to pounce.

By not leaning into the winning recipe they’ve followed against Disney, Big Business, and Big Tech, the GOP has created a very messy PR battle for the party — one they’re losing by calling the issue a “distraction.”  What's actually a distraction is that Republicans have fallen for the Democrats’ trap and split on longtime principles. If they’d linked arms and stood on the party platform, Americans might not have all agreed, but at least they would have appreciated conservatives’ solidarity, consistency, and courage.

Now, all voters see are echoes of the old GOP — timid and vulnerable in a fight that would all disappear if they'd just push back. Congressman Bob Good (R-Va.), one of the outspoken stalwarts on marriage, sees the writing on the wall for House conservatives who've already showed a willingness to compromise on core values. “I was very disappointed that any Republicans would vote for this bill,” he lamented on “Washington Watch,” “and I was disappointed to see that 47 of my colleagues did. You can look at say, ‘Well, 75% of us voted against it' — but we ought to have been at 100% as a Republican caucus.”

“You know,” Good insisted, “appeasement never works with the Left. You look back to the 1970s when this became an issue, when the gay rights issue began to emerge. And there [were] predictions of where this would take us — that it would be a slippery slope and a descent into the abyss, if you will, morally. And we’ve seen that happen now, where the Democrat Party is about everything transgender, everything sexual orientation, what they’re trying to do in our schools, what they’re trying to do with our military, how they want to define everything in those terms and make every issue about that. And so, they will not be appeased. And we cannot think that that appeasement works. We need to stand on truth. We need to stand on principle and do so unashamedly and unapologetically.”

The slippery slope is exactly what the late Justice Antonin Scalia warned about when the Obergefell ruling came down. With prophetic insight, he explained how five justices had just given the far-Left the only hammer they’d need to destroy thousands of years of human history, freedom, and faith. Not even a decade later, Democrats are proving him right — bulldozing their way through every possible social norm. The movement that promised to quit once it won marriage in the courts doesn’t even bother pretending anymore. The only limits that exist are your own reality — unless you’re a Christian. And then it isn’t “live and let live;” it’s conform or be punished.

If Republicans would seize on that point, the tables might turn. After all, someone needs to remind Americans that same-sex marriage was just the warm-up act to the shocking agenda parents are fighting today. Ethics and Public Policy Center Senior Fellow Mary Hasson agrees. She says redefining marriage in 2015 had “a huge impact” in ways that are more “magnified" with each passing year.

“I think in the beginning everyone thought, ‘Okay, the few people who want same-sex marriage — it’s not going to bother anyone else.’” And that’s proven to be completely untrue, Hasson argued on “Washington Watch.” Because what we see now, she went on, “is an attempt to enforce an ideology, to require others to accept this view of marriage…” It’s a ferocious struggle, she insists, that is “making it very difficult for people who believe in the truth about marriage to either speak that truth or to act upon it in public life.”

When Republicans support this distortion of marriage, what they’re really voting for is more oppression, more persecution, more marginalization of people who disagree. More lost jobs. Lost voices. Lost freedoms. “You have to realize the Democrats never do anything just to keep the status quo,” Hasson insisted. “[This] is really a cover to go further” — as everyone in America’s raging transgender debate should know.

“We have to understand that the objective for those who are pushing same-sex marriage is not just to [have a] piece of paper [or a] celebration, which was sort of the promise. It’s much more than that,” she said. It’s an attempt by those who support all of the final sexual frontiers — polygamy, incest, prostitution, adultery, and obscenity, to name a few — “to push this down on our culture. And we see how that plays out in schools. We see how it plays out in the cultural dialogue. Whatever the law baptizes becomes the norm. It becomes the standard that is being taught.”

It’s a war that Republicans should want no part in advancing — not because it isn’t politically expedient, but because it’s fundamentally wrong. And maybe that’s the greatest irony of this whole debate. What’s attracting voters to the GOP is the one thing Republicans are scared to put on display: moral conviction. If they find it, they might just stumble on something else — the path back to power.