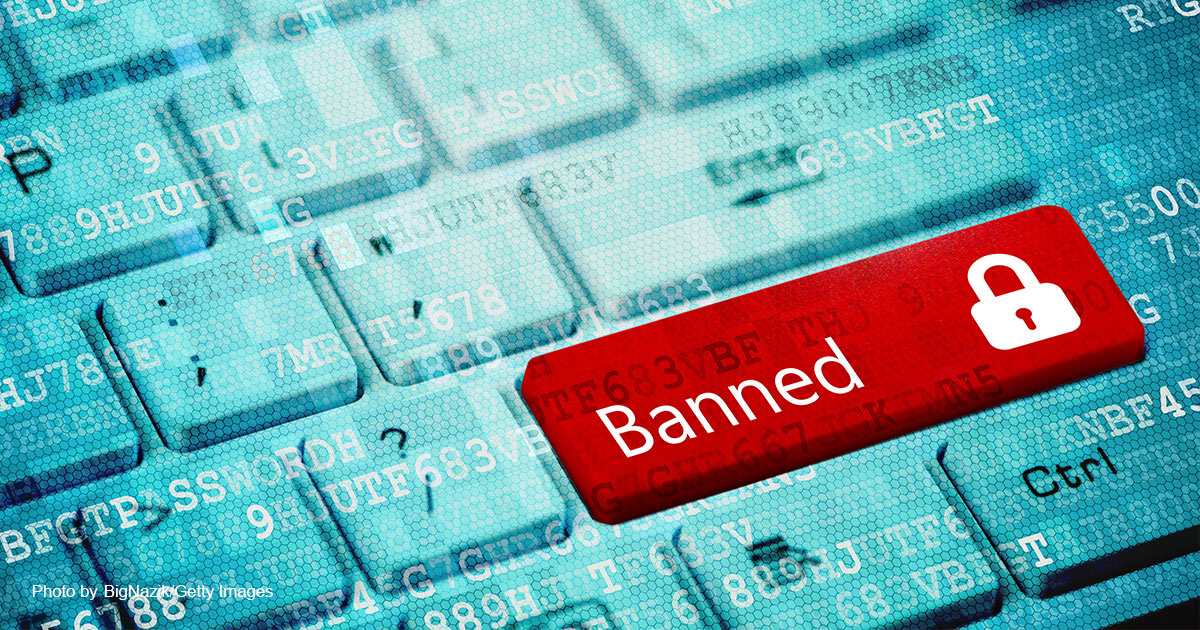 Senator: Big Tech Collusion ‘One of the Most Frightening Things That’s Happened under Biden’

After Elon Musk fired Vijaya Gadde, the former head of legal, public policy, and trust at Twitter, news broke that the company alongside Facebook had regular discussions with the Department of Homeland Security (DHS) about the kinds of topics they wished to censor on their platforms. Flag-worthy stories ranged from U.S. withdrawal from Afghanistan to COVID-19 and racial justice, according to a Breitbart report. “Years of internal DHS memos, emails, and documents” were first obtained by The Intercept, an independent investigative news outlet, confirming the DHS’s “expansive effort” to “influence tech platforms.”

Although the DHS has dissolved their controversial Disinformation Governance Board (nicknamed the “ministry of truth” by critics) earlier this year, word broke this week that the organization has continued monitoring “misinformation” on social media platforms. Facebook even granted direct access to the DHS and government partners to report alleged disinformation. When questioned, neither the DHS nor Meta (the parent company of Facebook) responded, while Twitter denied working with “other entities” and claimed independent decision-making with regards to content moderation. The FBI also refrained from commenting, though FBI official Laura Dehmlow said in a meeting with the Cybersecurity Advisory Committee (CISA) that “we need a media infrastructure that is held accountable.”

While Dehmlow’s comment referred to cybersecurity strategy against foreign influences, the DHS has expanded these “accountability” measures to include topics on the pandemic, vaccines, racial justice, U.S. withdrawal from Afghanistan, and America’s support of Ukraine.

On October 31, Lee Fang, investigative reporter for The Intercept, shared confidential text messages on Twitter that revealed Microsoft Executive Matt Masterson (former DHS official) and the DHS’s “close collaboration” on information management. “Platforms have got to get comfortable with gov’t. It’s really interesting how hesitant they remain,” Masterson texted in February.

Responding to the DHS-Big Tech bombshell story, Glenn Greenwald, journalist and co-founder of The Intercept, said in a tweet, “This censorship is not done at the sole or even primary initiative of Big Tech. It is so often done in conjunction with the US Govt and US Security State.” Greenwald commented that this is the “most-overlooked point about Big Tech censorship.”

Senator Rand Paul (R-Ky.), one of the many conservatives who’s been leading the charge to crack down on Big Tech censorship, told Laura Ingraham, “You know, for all the talk of democracy, it seems to me that they’re undermining the very basic principles of our constitutional republic. Freedom of speech was listed in the First Amendment, because it was one of the most important rights that our Founders thought should be protected. But having the government collude with Big Tech to censor speech is something that goes against every grain of everything that anyone has ever spoken about as far as freedom of speech.”

On “Washington Watch” Wednesday, Paul’s colleague, Senator Kevin Cramer (R-N.D.) was equally concerned. “This is one of the most frightening things that’s happened under this administration.” Frankly, he went on, “We are in a lot of trouble as a self-governed people, because the self-governed can only be successful if the governed are well informed. The greatest backstop to corruption, I’ve always believed, is complete transparency. You don’t have to like what everybody is saying, but you have to let them say it within some bounds, of course.”

Like Paul, Cramer warned that if Republicans take control of Congress, “These people have to be brought before these committees and held to some account. And there has to be rigorous oversight and maybe even some enforcement action with a couple of these cabinet secretaries.”