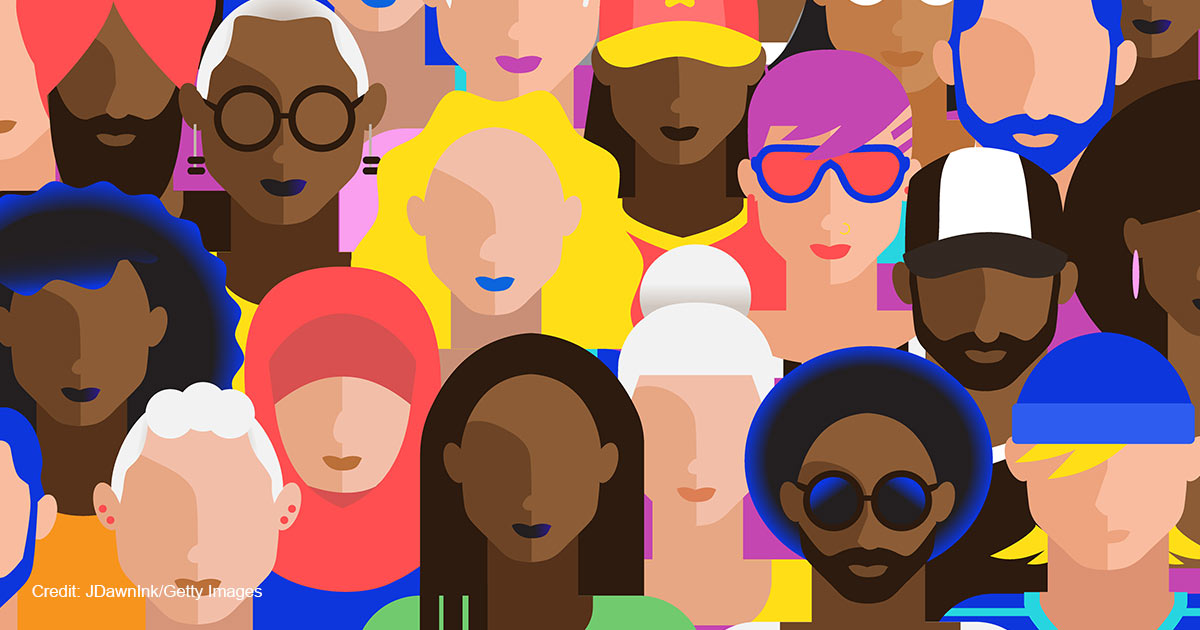 With the “challenge,” the State Department intensifies the indoctrination of its employees into critical theory and other concepts rooted in Marxist thinking. Instead of promoting America’s interests and ideals around the world — as they are paid to do — the country’s top diplomats will carve out time to import an anti-American ideology into their own headquarters — not to mention their own hearts and minds.

Like the acronym “LGBT,” DEI has also experienced inflation under the Biden administration. The Left recently recast “woke” principles as “diversity, equity, and inclusion” (DEI) after conservatives caught on to the previous term (in schools, they have now recycled DEI for “social emotional learning [SEL]”). Evidently, the new term was too short to satisfy the self-importance of imperial wokeness, and now those in the know add an A for “accessibility.” They may be awoke, but they have no IDEA how to create a proper acronym. It must be the utter rejection of language, biology, norms, and reality — with a side of Discrimination, Exclusion, Intolerance, and Arrogance (DEIA).

Participating staff may choose which of the four “culture groups” to learn about during a “daily three-minute learning activity” (activities range in duration from two minutes to two hours and eight minutes), and then they are supposed to “reflect” on what they have read, watched, or listened to. If that sounds like a Christian meditating on a devotional reading during his morning quiet time, that’s because it is. To train acolytes in their new religion, the wokeists cannot do better than imitate Christianity.

Of course, unlike Christian devotionals, whereby a reader may glean nuggets of wisdom from Proverbs, sobering truths about man’s sinfulness from Romans, or encouragements to endure from Revelation, the resources available in the State Department’s DEIA Challenge are far less edifying for the soul. One could study “The Psychology of Black Hair, Johanna Lukate: Women of color’s hair is never neutral — the histories of slavery, colonialism, and discrimination are weaved into our understanding of Black hair and bodies.” Or one could read “How Can I Be an Ally?” to learn how to promote the sexual deviance agenda. Then there is “The Power of Neurodiversity in the Workplace.”

But the woke festival’s imitation of Christian practice doesn’t stop there. This debased holiness training even has mechanisms for accountability; a log is kept of each person’s participation. Is big brother watching or what? Participants will reconvene weeks later on December 7, again at 9 a.m. on a work day, to “participate in the Reflection Rally to share your challenge experience.” In other words, they’ll get to share answers to the question, how has (your secular) god been at work in your life?

Two weeks after this pagan revival disperses, the State Department will relapse into “DEIA Art & Music displays” and a “live Jeopardy Equity Finale” held after the lunch hour, for which “questions will be taken from the challenge resources.” The word “finale” raises the question, is there a competitive process to qualify for this final round (a Jeopardy tournament, of sorts), or are contestants chosen on their intersectionality score alone? Or put another way, do they plan to violate diversity or equity in their selection? Perhaps more importantly, how do they plan to redistribute the winnings to historically underprivileged minorities?

In any event, the State Department could fund a year’s worth of worldwide operations by televising such a fantastic comedy. Can you imagine when all the candidates get stumped by the “Biology” category question worth $1,000, “a human female bearing two X-chromosomes in the 23rd pair, capable of bearing and nurturing offspring.” Even if a contestant knew the answer, no one would dare to utter a response as offensive as “What is a woman?” They seriously pretend to create a reality-free trivia competition. It would have been more appropriate if, instead of Jeopardy, they endeavored to parody “Whose Line Is It Anyway,” “where everything’s made up and the points don’t matter.”

The silver hem of this progress flag is that the State Department has rediscovered a sense of shame, or at least mild embarrassment. After National Review reported the challenge program on Thursday, the State Department quietly deleted their press release over the weekend. Using the internet archive Wayback Machine, The Washington Stand was able to view the web page as it appeared on Friday. The State Department also overlooked International Pronouns Day this year after its 2021 tweet was mercilessly ridiculed. If they’re too embarrassed to show their true agenda to domestic press, how will they ever stand up to dictators around the world in defense of American interests?

And therein lies the crux of the issue. It would be one thing for the State Department to play politics and ally with minority interest groups if they normally ran a tight ship, stayed on message, and kept America’s foreign relations carefree and prosperous. Instead, nearly half of its employees reported harassment or discrimination, America’s adversaries are emboldened, and our alliances are in shambles. You might say that the State Department parties while Rome burns, but a Babylon comparison might be more appropriate.