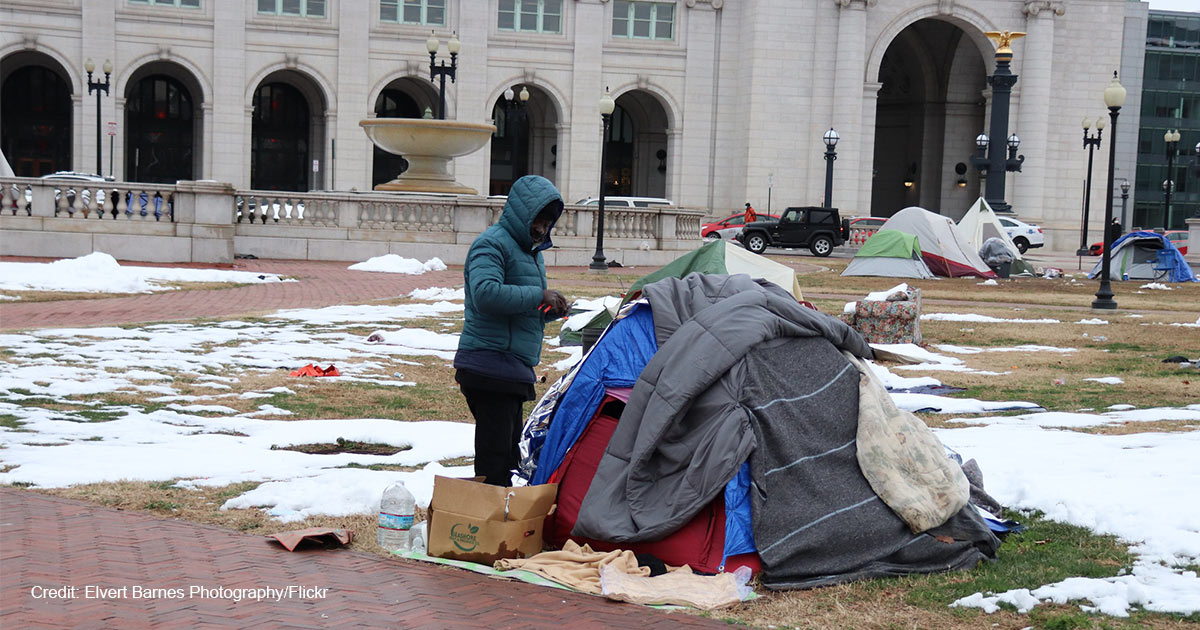 Stories over Statistics: How Central Union Mission Helps Homeless in DC Get off the Streets

Washington, D.C., the sanctuary city turned “border town,” has 99 problems among which homelessness remains a top contender. D.C.’s homeless population is twice the national average with nine persons out of 1,000 experiencing homelessness, according to Central Union Mission. While District of Columbia Mayor Muriel Bowser’s (D) Office of Migrant Services is busy accommodating migrants, are the homeless receiving the care that they need?

In 2019, 6,521 individuals were homeless in Washington, D.C. including 608 unsheltered persons, 4,679 in emergency shelters, and 1,234 in transitional housing programs based on data provided by The Community Partnership for the Prevention of Homelessness. The same study reveals that while families were 12% less likely to experience homelessness since 2018, single adult homelessness has increased by 2.8% since then, and those entering the system for the first time have increased by 24% since 2015.

In 2015, Bowser promised that homelessness will be “rare, brief, and nonrecurring.” In a statement this year, Bowser announced that her short-term housing program, Homeward DC, has led to a 47% reduction in homelessness for families and individuals.

But her claims are overshadowed by the reality on the streets. The Washington Post reported back in May that on the one hand, encampments and violence grew during the pandemic, and on the other hand, single adults often don’t receive adequate help from city-led initiatives. Some of these individuals need more than just a roof over their head. They need access to medical care, mental health services, and career assistance to succeed post-government aid.

Central Union Mission, a faith-based nonprofit serving the homeless near Union Station, has a different vision. Instead of getting people off the streets for a limited time, they focus on programs that help prevent future backsliding. The 138-year-old private agency’s mission is to restore broken men, women, and families to productive lives both from a social and economic perspective.

Their “Biography Project: Stories Not Statistics” is a voice to the voiceless at Central Union Mission. The project was started by two high school students who wanted to tell stories of struggling individuals in a relatable context. They tell stories of men, women, and families who have found hope at Central Union Mission when they were at their lowest.

One such story is Stephen, a Marine Corps veteran. When his wife left him and their three daughters, he didn’t know how to process his grief, so he turned to alcohol. His heavy drinking habit soon got the better of him, and he lost his job. It was then that he decided to check himself into Central Union Mission. In a letter to the organization’s supporters, he said, “The Mission helped me deal with the pain I never wanted to face. They helped me tear down the walls of my life and let Jesus in. And I experienced the healing of forgiveness — even with my ex-wife. Today, I’ve been sober for 11 months.”

It’s been reported that those who are most at risk for homelessness are veterans, people with disabilities, and single-family homes. Many think that homelessness is mostly a result of poor lifestyle choices, but sometimes financial hardship hits hardworking citizens too.

This was the case for Jeremy and Jennifer and their four children. When COVID restrictions forced them out of their jobs, they struggled to make ends meet. Learning about their situation, their church referred them to Central Union Mission where they received bags of groceries, household items and other supplies. Most importantly, however, they were met with “empathy, care, and the love of Jesus.”

The mission’s executive director, Joseph Mittimano, defines the organization’s purpose this way, “Every day we are providing food for the hungry and shelter for the homeless, but we are so much more than a homeless shelter. We’re helping men and women overcome addictions, we’re helping men with job training, so that they can permanently get off the street and lead successful lives. We’re providing for the needs of veterans and low-income families here in the nation’s capital. … We’re transforming lives and leading people to Jesus Christ who provides hope for the future.”