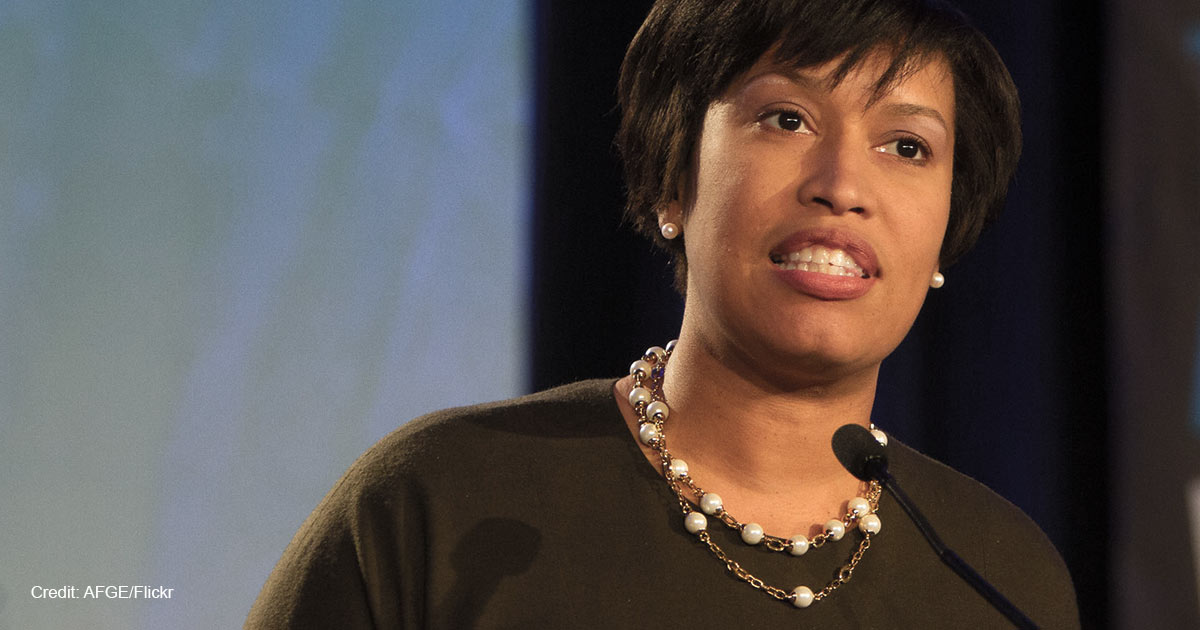 On Thursday, the District of Columbia’s Mayor Muriel Bowser (D) declared a public state of emergency over the nearly 10,000 migrants that have continued to arrive by the busload at Union Station since April.

In a statement, Bowser announced that she will be devoting $10 million of the city’s funds for her new Office of Migrant Services to support the humanitarian efforts by both the city government and charity organizations meeting the migrants upon their arrival. This includes covering needs such as meals, accomodations, and transportation to their end location.

“With this plan, we are staying true to our D.C. values and building a system that will support a compassionate, consistent, and well-coordinated response. This is a new challenge for D.C., but I feel confident that if we lead with our values, and if we put the right systems in place — which we are doing with the Office of Migrant Services, then we will lead a response that makes our community proud,” Bowser announced.

At the start of April, Republican Governors Greg Abbott (Texas) and Doug Ducey (Arizona) began chartering buses from their border states to the big cities in response to the federal government’s inaction in providing aid to the overwhelmed towns. While Bowser claims their actions were a “political stunt meant to get the attention of the White House,” she has had her own frustrations with the federal government. The Pentagon has twice turned down her plea to deploy the National Guard in D.C. amidst the migrant influx, as well as denied her request to utilize the Armory as nonpermanent shelter.

While D.C.’s Democratic officials are now claiming that their city has turned into a “border town,” they once touted that they were a “sanctuary city” that would not comply with ICE. In 2019, Brianne Nadeau, D.C. councilmember for Ward 1, tweeted out that she was calling for the abolition of ICE. This week, she stated in a press conference, “The governors of Texas and Arizona have created this crisis, and the federal government has not stepped up to assist the District of Columbia, so we along with our regional partners, will do what we’ve always done, we’ll rise to the occasion. We’ve learned from border towns like El Paso and Brownsville, and in many ways, the governors of Texas and Arizona have turned us into a border town.”

Neighboring east coast metropolis New York City is experiencing a similar migrant surge, with nearly 2,000 migrants bussed from Texas in the past month alone. NYC Mayor Eric Adams (D) maintains the Big Apple’s status as a “sanctuary city,” asserting that, “we will continue to welcome asylum seekers with open arms.” Abbott invited both Bowser and Adams to visit the southern border and see the overrun border towns for themselves, though neither has accepted.

Lora Ries, The Heritage Foundation’s director of the Border Security and Immigration Center, told The Washington Stand that there is hypocrisy at play in the Democratic leaders’ border policies. “If the 10,000 illegal aliens who recently arrived in D.C. is an emergency, than the nearly five million illegal aliens who entered the U.S. so far during President Biden’s regime is a national emergency. The mayor should stop trying to insult our intelligence by blaming border governors for this crisis, direct her ire to the proper party — President Biden, and pressure him to secure the border. Likewise, the mayor should stop demanding, assuming, and spending Americans’ hard-earned tax dollars to pay for this unending cost.”

“These complaining sanctuary city mayors are demonstrating the emptiness and deception of virtue signaling,” Ries insisted.“When reality hits, it trumps vacuous words every time. Americans are realists and they want real solutions.”