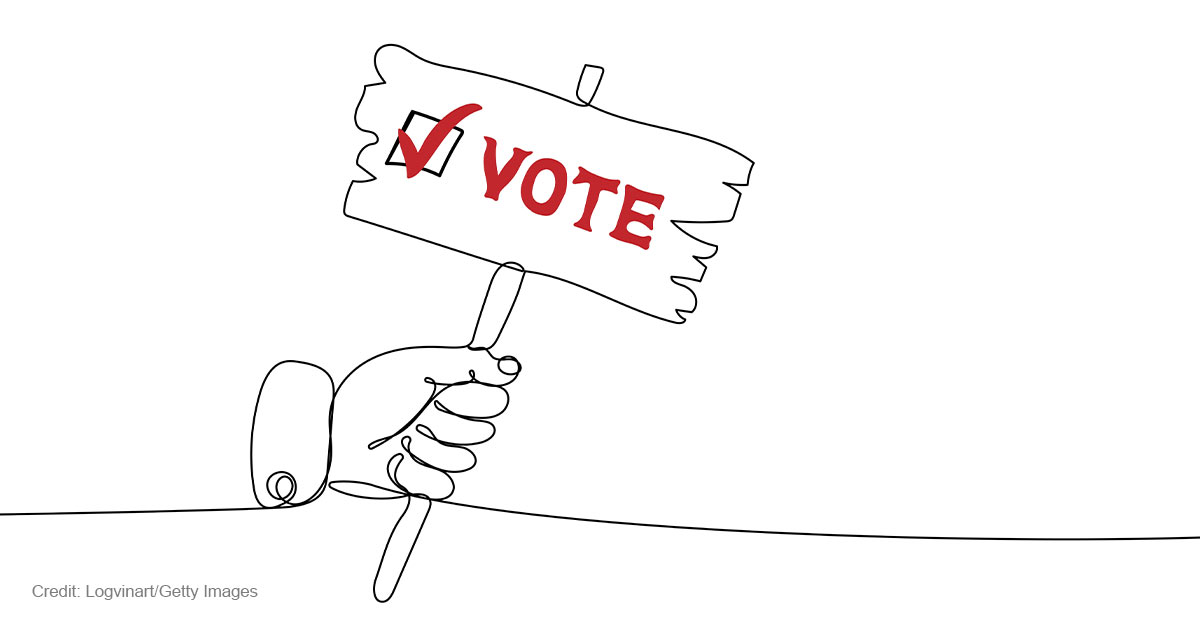 With less than two weeks remaining before the 2022 midterm elections, Americans are deciding which candidates and causes to support. According to Real Clear Politics, seven U.S. Senate races are currently considered “toss-ups,” and eight races are polling within 3.6 percentage points. Control of the U.S. Senate and House are on the line, as well as governorships and multiple ballot measures on everything from abortion to marijuana. Most political observers believe dozens of these races are within the margin for error and could go either way.

Earlier this week at a pastor’s conference I attended in Atlanta, one leader posited that American Christians often fall into two voting camps based on the issues they emphasize: “justice Christians” and “morality Christians.” Whereas “justice Christians” emphasize issues related to race, immigration, poverty, and economic inequality, “morality Christians” focus on abortion, religious freedom, and sexuality. According to the Atlanta-based leader, neither position is fully biblical, and Christians should strive to base all of their decisions on biblical principles. (It should be noted that Christians should not view themselves as primarily justice or morality voters; we should be both.)

Of course, advising Christians to vote based on biblical principles is helpful and something I have advocated for years. However, encouraging Christians to vote for “biblical values” without identifying what some of these values are is not helpful. Although Christians and especially pastors should never pronounce a “thus sayeth the Lord” or seek to bind someone’s conscience when the Bible is silent or doesn’t provide a clear direction, it seems to me that more can and should be said than merely “vote biblical values” or “vote your conscience.”

Theologian Jonathan Leeman has discussed what he calls “straight-line” issues and “jagged-line” issues of Christian political engagement. According to Leeman, straight-line issues are those where we can draw a straight line from biblical principle to public policy. Abortion is an obvious example of a straight-line issue. The Bible teaches that every person — born and unborn — possesses inherent dignity (Psalm 139:13-16, Luke 1:39-45) and that killing innocent people is wicked (Exodus 20:13, Proverbs 6:16-19). When mapped onto the political debates in our nation, the public policy prescription is clear — any policy that encourages or promotes abortion is unjust and ought to be opposed.

Conversely, a jagged-line issue is one where the connection between biblical principles and policy prescription is less clear; there may be prudential considerations over which well-meaning Christians disagree. Affirmative action is an example of a jagged-line issue. Although policies or laws that discriminate based on a person’s race or sex are clearly unjust, and the Bible tells us to act justly (Isaiah 1:17, Micah 6:8), there is room to debate whether certain affirmative action policies are the best means for addressing persisting inequalities. In other words, discernment, prayer, and wisdom — and room for disagreement — are needed when the connection between biblical principle and policy proposal are less clear.

When it comes to many of the races in this year’s midterm elections, there are significant differences between candidates on straight-line as well as jagged-line issues. It would be ideal if our political differences centered around secondary or jagged-line concerns, but the reality is that most voters will face stark differences on fundamental issues that the Bible clearly addresses.

This difference is recognized by both political parties. For example, President Joe Biden spoke to supporters last week and promised that codifying Roe v. Wade would be a priority in the new Congress if Democrats expanded their congressional majorities. “Here is the promise I make to you and the American people,” Biden said. “The first bill that I will send to Congress will be to codify Roe v. Wade. And when Congress passes it, I’ll sign it in January, 50 years after Roe was first decided the law of the land.”

The president doubled down on his promise earlier this week, noting on Monday, “If we elect more Senate Democrats and keep control of the House, we’re going to codify Roe v. Wade in January for all the nation.” Biden’s comments were similar to those made by Vice President Kamala Harris last week: “Joe Biden has said he will not let this thing called the ‘filibuster’ get in the way of signing [the Women’s Health Protection Act].” The Women’s Health Protection Act is proposed legislation that, if passed, would eliminate nearly every state-level pro-life law and allow abortion-on-demand through all nine months of pregnancy. Noting the political realities, Harris added, “In order for that bill to get to the president’s desk so he can sign it into law, we need two more senators. We need to hold on to what we have, and we need two more senators.”

In contrast, most Republicans running for office have campaigned on expanding protections for unborn children, which is consistent with their party platform. Moreover, some congressional Republicans have introduced legislation to prohibit abortion after 15 weeks. These national protections would protect unborn children in states like New York and California, which have liberalized their abortion laws in recent years.

In short, candidates from both parties have been honest with the American people about where they stand on abortion. If Democrats retain the House of Representatives and expand their majority in the Senate, codifying abortion access will be one of their top priorities in the new Congress. If Republicans take back either chamber, abortion will not be expanded at the federal level.

Regardless of whether someone identifies as a “justice Christian” or “morality Christian,” believers should recognize that the straight-line issue of abortion is on the ballot on November 8, and I believe they should vote accordingly.