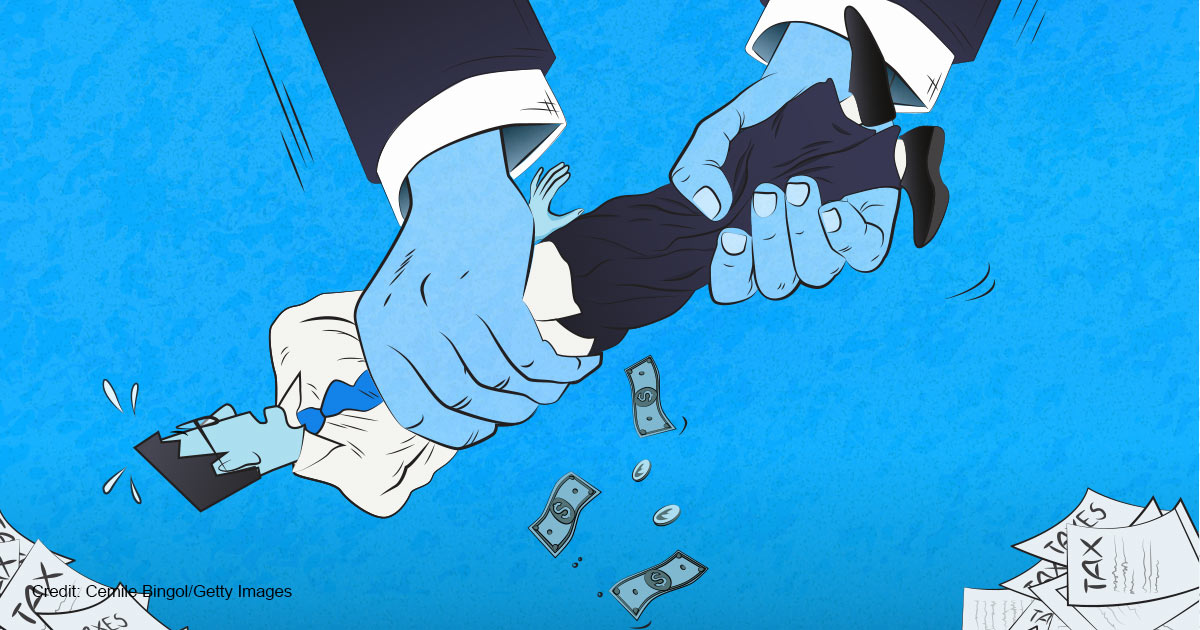 “Smoke and mirrors,” Rep. Andy Harris (R-Md.) called it on Monday’s edition of Washington Watch. “Completely Orwellian.” That’s the verdict on the Inflation Reduction Act of 2022, which a damning analysis from the University of Pennsylvania’s Wharton School Budget Model (PWBM) has concluded does not improve America’s economic picture. “The impact on inflation is statistically indistinguishable from zero.” Worse, if the act had any effect, it “would very slightly increase inflation until 2024.”

American consumers are painfully aware that inflation has the effect of pinching cents out of every dollar you earn by making it less valuable. In effect, inflation is the government taking your money — or, which is the same thing, what you can buy with it — without saying that it’s taking your money.

It’s one thing for social conservatives to point out (correctly) that Democratic legislation always promises to do the opposite of its real effect; it’s another thing when Ivy League grad programs join in piling on. The bill “just is a pared down version of Build Back Better,” said Family Research Council President Tony Perkins. “Apparently ‘Build Back Better’ had become toxic.”

The bill represents a compromise, but not a bipartisan one. No, after a year of negotiations, Democrats have finally reached consensus (possibly) among themselves on a classic Democratic priority: taxing and spending. But instead of spending trillions of dollars, Democrats have only agreed to spend hundreds of billions. Given their razor-thin Senate majority, the radical majority of the Democratic caucus was forced to beg the few lone moderates to help them load their torpedo canisters with D.C.-to-Main Street munitions. For months, it seemed like the Senate’s most moderate Democrat, Senator Joe Manchin of ruby-red West Virginia, was going to single-handedly save Biden’s bacon. Somehow, the pack of hungry wolves has finally worn him out.

As America faces a perfect storm of inflation and recession, taxing and spending is the last thing our economy needs. “Any time you increase taxes like this, any time you increase government spending like this, you’re going to increase inflation,” Harris said. Some of the main features Democrats hope will generate revenue include: additional spending on IRS tax enforcement in hopes of generating $124 billion in additional revenue, a 15% minimum tax on corporations (an estimated $313 billion in revenue), and Medicare price controls on prescription drugs ($288 billion in savings estimated) — none of which will turn out as Democrats hope.

All told, Senate Democrats plan on saving or raising $739 billion and spending $433 billion, for a total saving of $304 billion. Thus, they claim to “make a historic down payment on deficit reduction to fight inflation.” But “that tax revenue may never come in,” Harris pointed out. “The bottom line is that I don’t trust the out years. I’ve seen this enough in Washington: they make a 10-year projection. What happens in the first few years, happens. What happens in the out years, doesn’t happen.”

Sometimes known as “budget gimmicks,” politicians love to justify current spending by promises of future saving. But, either through faulty assumptions or through policy changes down the road, the looked-for savings never materialize. “The savings never come in because they change policies before we get to it,” Perkins lamented. In a recent example, a Government Accountability Office (GAO) report publicly released on Friday found the Department of Education overestimated the revenue generation of student loans by $311 billion. Instead of the government gaining $114 billion, they have lost $197 billion. According to the GAO, roughly 60% of this discrepancy is due to faulty assumptions, and the other 40% is due to changes in the program.

Harris took aim at the faulty assumptions in the current bill, too. “The assumption is … no one will change any behavior,” he argued. But, by controlling a few drug prices “fairly late … in the use of those drugs,” the bill creates problematic incentives. “The drug companies are just going to do what any rational person would do. They’re just going to charge more up front in the first few years to make up for the price control.” Alternatively, “they could also just cut back on research and development,” if developing life-saving drugs simply becomes cost-prohibitive. “Americans’ health will suffer in the end.”

Then there’s the attempt to tax corporations. “One well-known economic truth is that corporations don’t really pay taxes. They are essentially tax collectors, as the corporate tax rate ultimately falls on some combination of workers, shareholders and customers,” wrote The Wall Street Journal editors. “Taxes will rise by $16.7 billion in 2023 on Americans earning less than $200,000 a year. Taxpayers earning between $200,000 and $500,000 will pay $14.1 billion more.” Yet Democrats claim, “there are no new taxes on families making $400,000 or less,” based on Biden’s promise to that effect.

Additionally, Democrats hope the IRS will be able to collect more income tax. “The IRS has been terrible in the past few years,” lamented Harris. “A lot of IRS agents don’t even work at the office.” Yet, he added, “they’re going to spend billions of dollars and hope that that through tax enforcement, they can collect $124 billion," but “these are made-up numbers.”

“Every tax ought to be so contrived as both to take out and to keep out of the pockets of the people as little as possible, over and above what it brings into the public treasury of the state,” wrote Adam Smith in The Wealth of Nations. Among the primary examples he provided of how governments can collect taxes inefficiently, he said, “the levying of it may require a great number of officers, whose salaries may eat up the greater part of the produce of the tax.” That’s what Democrats are proposing, although they assert without proof that additional collection efforts will provide a windfall profit.

Again, Smith writes, “By subjecting the people to the frequent visits and the odious examination of the tax-gatherers, it may expose them to much unnecessary trouble, vexation, and oppression.” Perhaps this is what some Democrats are actually hoping for. Based on recent history, there’ll be a partisan edge to their harassment.

“I don’t see how this all adds up,” Perkins concluded. To reduce the deficit, “maybe you just don’t spend the money,” he suggested. There’s still a chance the bill will fail in the Senate; while Manchin has agreed to the bill, it’s not certain that every Democratic moderate has. Arizona Senator Kyrsten Sinema, for example, has not yet indicated whether she will join Manchin in supporting the bill. “I hope that Senator Sinema sees through this,” said Harris. I think Joe Manchin got hoodwinked. … I hope she realizes that increasing taxes right now is the wrong thing to do.”

With this wrong-headed bill, Senate Democrats propose to take Americans’ money twice: once through taxation and again through inflation. The inappropriately named Inflation Reduction Act is “a drag on the economy that we don’t need right now,” concluded Harris.