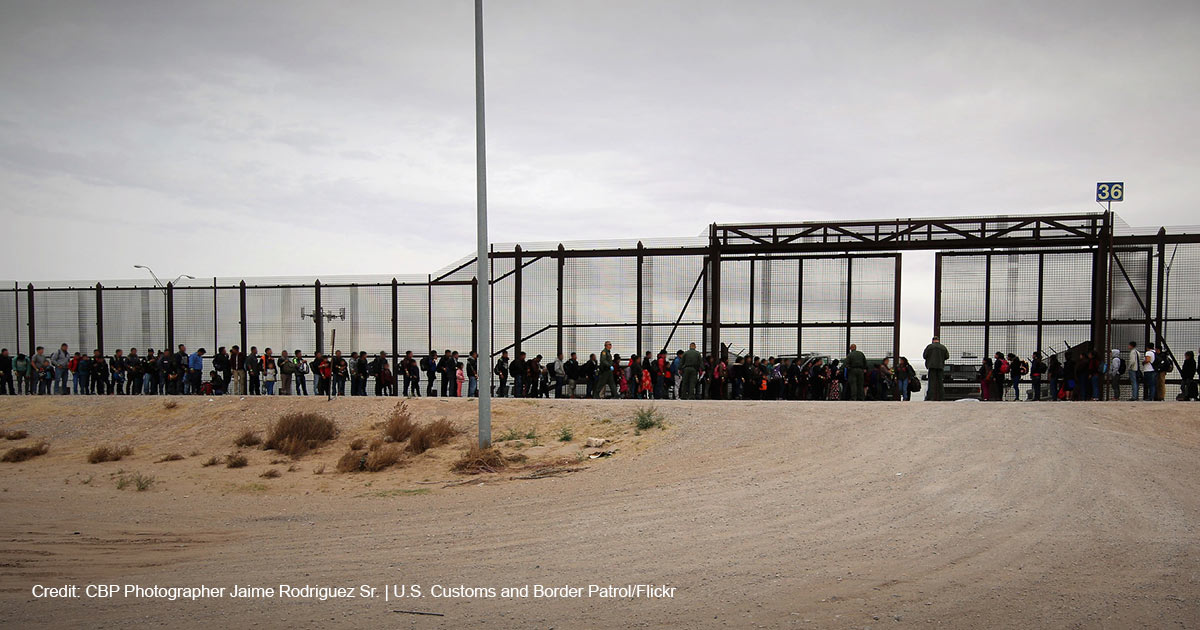 ‘The Border Is Not Open,’ Says White House Press Secretary

Hours before the Supreme Court paused the end of Title 42 (scheduled for Wednesday) until the Tuesday after Christmas, White House Press Secretary Karine Jean-Pierre achieved new levels of Orwellian Newspeak on Monday for insisting, repeatedly, that the southern border was not “open.” And further, she argued that anyone claiming the border was open was actually aiding the Mexican cartels who commit human trafficking.

“I want to be very clear here,” Jean-Pierre said, “The fact is that the removal of Title 42 does not mean the border is open. Anyone who suggests otherwise is simply doing the work of these smugglers who, again, are spreading misinformation, and which are — which is very dangerous.” And, in case the preposterous comment could be mistaken for a flubbed sentence, she emphatically repeated the point four additional times.

Something like a door is open when it is possible to pass through. Something is closed when it isn’t possible to pass through. Border Patrol is encountering around 200,000 migrants per month (2.2 million in Fiscal Year 2022). They apprehend them (except for criminals, the migrants usually surrender themselves), process them, and then release them into the U.S. Over the weekend of December 9-11, border patrol encountered more than 7,000 migrants in the El Paso sector alone, and was forced to release hundreds into the streets of El Paso to clear out room in the processing facility for new arrivals. For these migrants, passing through the border (from the Mexico side to the U.S. side) was possible. For these migrants the border was open.

The Biden administration doesn’t deny that migrants cross the border. As the state attorneys general, who requested a stay from the Supreme Court, wrote in their filing, “DHS [The Department of Homeland Security] estimates that daily illegal crossings may more than double from around 7,000/day to 15,000/day once Title 42 is terminated.” DHS divisions such as Customs and Border Patrol (CBP) or Immigration and Customs Enforcement (ICE) collect and respond to real-time data proving that the border is open.

Jean-Pierre’s claim that “the border is not open” is based upon a worldview assumption that telling the truth can sometimes be wrong if it leads to bad effects.

That same assumption underlies much of the rationale for “transgender-affirming” care. The oft-repeated argument goes, persons questioning their biological sex should be affirmed in making the transition because if they experience opposition or “hate” (any form of non-affirmation or less-than-effusive affirmation) they will be driven to commit suicide. But that claim is unsubstantiated, and frequent repetition is not proof.

Similarly, Jean-Pierre’s effects-based argument for lying about the border does a poor job calculating the effects. One might ask, why do potential migrants hear that the border is open? Because, in fact, it is. This is confirmed by all sorts of official and media reporting, first- and second-hand experiences, and the various effects an open border causes (the opioid epidemic, for example). We live in the information age and have a free press, after all. If the border were closed, would potential migrants hear that it is open? Perhaps smugglers might spread such misinformation, as Jean-Pierre suggests. But those reports would lack credibility in the absence of corroborating evidence. Reports about the openness of the border rely on the underlying facts of the situation.

In other words, the best way to persuade migrants that “the border is not open” is to close the border. Trying to shame everyone into pretending something is true that isn’t won’t accomplish anything.

Christians should be cautious about ever rationalizing a lie because of the effects it produces. If “on the day of judgment people will give account for every careless word they speak” (Matthew 12:36), how much more weighty are the lies we are tempted to tell? God always tells the truth. In fact, “it is impossible for God to lie” (Hebrews 6:18), whereas the devil “is a liar and the father of lies,” and those who lie are his children (John 8:44). Our corrupted hearts might deceive us into believing that a lie is justified because it might get us out of a scrape, or sooth another’s feelings, or otherwise produce a good effect. But Jesus tells those who are truly his disciples, “the truth will set you free” (John 8:32).

So, if the Biden administration wants us to say that “the border is not open,” they should make it so.