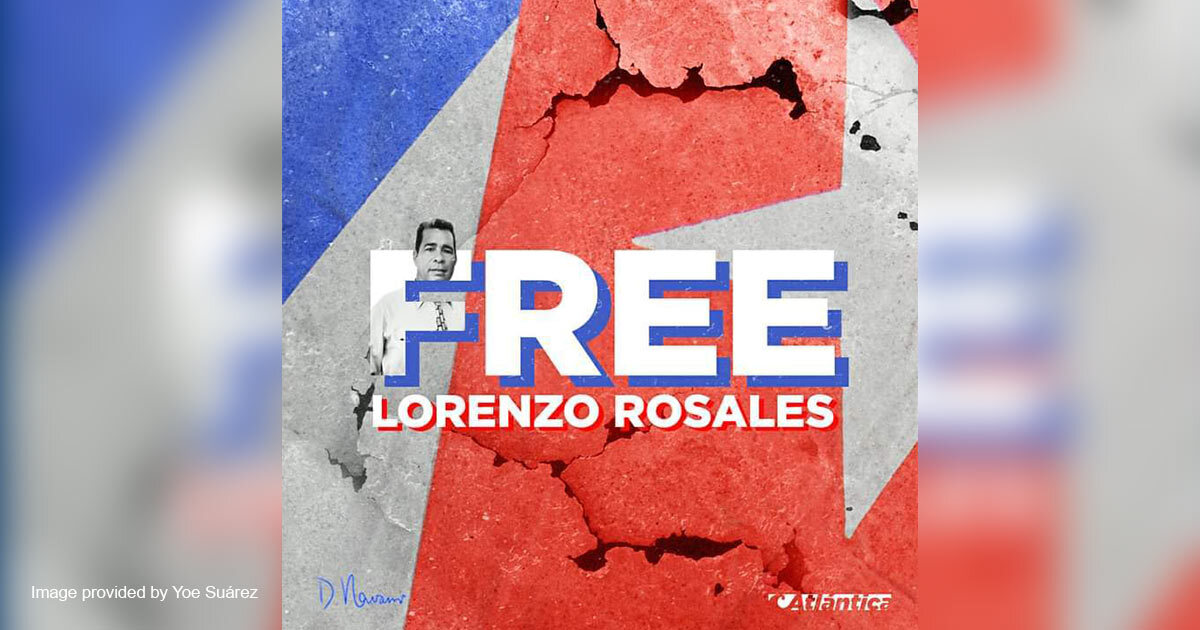 ‘The Silence of the Righteous Is Only Suitable for the Tyrant’: Cuba’s Fight for Freedom

Pastor Lorenzo Rosales Fajardo felt the arm of a soldier around his neck, slowly strangling him, while he was moved to a police car. It happened on July 11, 2022 (also known as “11J”), in the city of Palma Soriano, in the eastern part of Cuba. On that date, thousands of Cubans took to the streets demanding freedom, and they ended in the largest protests against socialism in 60 years.

The demonstration in the city of Rosales Fajardo was peaceful — perhaps that fact was what annoyed the regime the most. One of the historical leaders of the Cuban Revolution, Ramiro Valdés, a kind of warlord responsible for hundreds of executions and the training of the police, appeared before the protesters to calm them down, but they chanted “Murderer!” in his face — something reinforced in six decades of terror.

Rosales Fajardo was one of the Cubans who lost his fear and made use of his right to peaceful demonstration in public spaces. Streets and squares were filled with people, first in a small town called San Antonio de los Baños, in the west of the island, and then in Palma Soriano, on the eastern end. The facilitator of these spontaneous uprisings was Facebook, the most widespread social network on the island. A town saw another rise up, a city imitated them, and so on until dozens of towns shouted against the tyrant. As a result, there were more than a thousand detainees in Cuban jails, making the island the nation with the largest number of political prisoners in the Western Hemisphere.

Evangelical leaders such as Rosales Fajardo joined the 11J demonstrations, as well as believers who made decisive contributions to letting the world know about the protests, such as photographer Marcos Evora, whose images from Havana have appeared illustrating reports by human rights organizations and news about the event.

In fact, the religious group with the greatest number of leaders repressed because of the demonstrations were evangelicals. Pastors from provinces such as Matanzas and Las Tunas were detained for accompanying their communities and making use of their civil rights. They marked a contrast to the Socialist Revolution’s oft-repeated mantra that religious people should not get involved in politics.

This kind of unwritten law has passed from generation to generation in the last 60 years in Cuba, and its roots have two logical explanations. On the one hand, the Christian leaders found in that phrase a refuge for the institutions to survive the mass shootings in the first decades of the revolutionary process, the confiscations of property, the closures, and the illegalization of denominations. In a dangerous environment of leftist fanaticism, the leaders kept silent to allow the faithful to keep the churches and the institutions open — although much diminished, they could continue their spiritual and social work. This was the attitude of the majority of churches and of civil society as a whole, with honorable exceptions.

Keeping the church out of politics allowed the regime to neutralize an open opposition, from thought and from action. Let us remember that in Cuba, the church is the last entity of civil society that maintains — with many obstacles — its legal status, forms its own leadership, and has great prestige for its leadership, for example in recovery and aid in natural disasters.

With gradual internet access occurring since 2012, the regime has been losing the ability to control freedom of expression. Now, Facebook profiles, YouTube channels, or independent or international websites (such as those of the Family Research Council, Heritage Foundation, PragerU or The Daily Wire) help a whole generation of Cubans interested in freedom find arguments and deep reflections on what happens in their immediate reality. For the first time, in a massive way, millions of Cubans have the possibility of escaping from socialist indoctrination. Cuba is the only country in the Western Hemisphere where it is forbidden to educate your children outside the centralized state education system, where the state controls prosperity, and where starting an independent media can land you in jail.

Most of the churches, however, are detached from the socialist tyranny, governed by a worldview that not only proposes an alternative to the statist idea, but also openly opposes it. And they have started to act, especially after the state made progress since 2018 in a series of reforms of the national legal body on pre-state institutions such as the family and marriage.

For example, between 2018 and 2019 dozens of Christian denominations campaigned against 21 articles of the new communist Constitution, especially those that introduced elements of gender ideology into it. Both in virtual (especially social networks) and physical scenarios, civic actions took place, such as the collection of almost 190,000 signatures in favor of the family. And they made history: this was the largest collection of signatures from civil society in more than 60 years against a policy of the Cuban socialist state. Because of the collection of signatures, the regime rejected distorting the concept of marriage in the Constitution and postponed it for two years.

Going against the grain of the regime’s prohibitions to create independent associations, the Eastern and Western Baptist, Methodist, Assemblies of God and Evangelical League of Cuba churches founded in 2019 the Alliance of Evangelical Churches of Cuba, in open opposition to the official Council of Churches of Cuba. The legalization of that association was vetoed by the regime, and its leaders were repressed with police summonses and prohibitions to leave the island, including presidents of large churches.

The believers have also launched important initiatives against the dictatorship in recent years. One of them, the open letter known as the Letter of the Seven (2019), had great repercussions among the independent Cuban media. It was a public declaration of evangelical intellectuals against the lack of freedom of expression and for the right of parents to choose the education that will be given to their children. The letter also advocated for the release of pastors Ramon Rigal and Addya Exposito, imprisoned for practicing homeschooling with their children and others from their communities in the city of Guantanamo.

On May 1, 2021, a group of young evangelicals in Havana tried to break the police siege around the protest of artist Luis Manuel Otero Alcántara, then on a hunger strike due to the lack of artistic freedom on the island. The young people tried to reach Otero Alcántara to provide religious assistance. The participants were detained by the political police, escorted several blocks away from the police cordon, and threatened for their solidarity.

At the end of that same month, an open letter signed by Cuban pastors circulated demanding that the dictatorship release the political prisoners on the island.

The steps of Pastor Lorenzo Rosales Fajardo’s church in the streets of Palma Soriano on that date in 2021 brought the echoes of a civil disobedience movement founded on the search for freedom and on the Christian idea of the individual as God’s handiwork. The comfortable deception of tyrants that expects citizens who profess a faith to not intervene or give their opinion on political issues seems to be falling in Cuba. A movement is emerging strongly in public spaces that it is more important to obey God before men.

The consequences of that journey towards freedom have touched the flesh of many, among them Rosales Fajardo, who remains in the maximum-security prison of Boniato (Santiago de Cuba). He has been sentenced to seven years in jail. They have also suffered torture. His wife was not able to see him until almost a month after his arrest, and found a starving man, unrecognizable, but with an admirable firmness, who refuses to be a second-class citizen because of his faith.

For more information or to help Pastor Lorenzo Rosales Fajardo and other political prisoners in Cuba, contact the organization “Litoral” at libertadreligiosaencuba@gmail.com

Yoe Suárez is a writer, producer and journalist, exiled from Cuba due to his investigative reporting about themes like torture, political prisoners, government black lists, cybersurveillance, and freedom of expression and conscience. He is the author of the books “Leviathan: Political Police and Socialist Terror” and “El Soplo del Demonio: Violence and Gangsterism in Havana”.