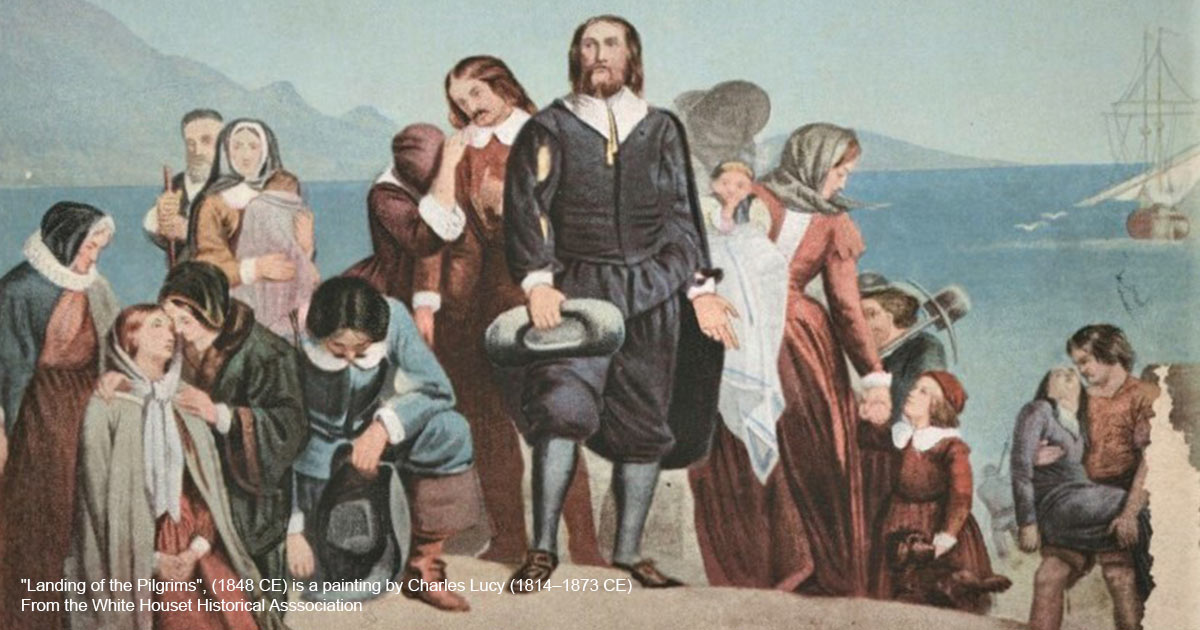 This Thanksgiving, Let’s Follow the Pilgrims’ Example and Celebrate Freedom

Thanksgiving is a time we take to express our gratitude towards God. Families travel to see each other and maybe play a football game in the yard with friends and neighbors. That is, until last year, when experts and government officials warned us that if we celebrated, we risked death — to ourselves and our loved ones. Especially Grandma. So, stay home!

That was the same advice given to the Pilgrims. Stay home! Don’t even think about venturing out to a wild, undiscovered land because sea pirates will capture and enslave you and your family on the way over. They’ll also steal your property. If you are lucky enough to escape the pirates, the weather will probably destroy your flimsy boat. Barring that, you’ll get sick on the trip and die. And, if by some chance none of that happens, the savages will kill you. Don’t go!

Thankfully for America, those faithful Pilgrims brooked the odds and sailed. Truth is, many got sick onboard as the weather battered their ship. One woman gave birth. Forced — or as some say, guided — by the hand of God to land in Cape Cod in November, they were attacked by some hostile Indians. After a tortuous month-long search for the right place to build, they decided on an area they named Plymouth, in fond recollection of their last port of departure in England.

When spring came, strangers dressed only in deerskins walked into their camp. One said, “Welcome, Englishmen.” He meant it. The tribe they belonged to had suffered widespread death due to disease three years before. The Pilgrim leaders met with the Indian leaders and agreed to a treaty of peace and mutual protection. Forming a friendship that lasted 50 years, they traded with each other and looked out for each other’s well-being.

One Indian, now known to us as Squanto, taught the Pilgrims to plant their crops using fish for fertilizer to improve their yields. It worked. Acting as their translator, he asked a neighboring tribe’s assistance in helping to find a lost boy whom they feared dead. The tribe returned the child safely to the Pilgrims. It became common for the Indians to host the Pilgrims and the Pilgrims to host the Indians. Two years after the Pilgrims landed, Squanto lay dying due to a disease. He asked Plymouth’s Governor William Bradford to pray for him so he would go to the Englishmen’s God.

One year after they arrived, the Pilgrims celebrated their bountiful harvest with their friends, the Indians. Half of the Pilgrims were dead, including John Carver, their first elected governor, and his wife. The wife of William Bradford, the second-elected governor, also died. But, those living offered thanks to God for his goodness and faithfulness to them. And, they celebrated and played games with their neighbors, like we do now.

The Pilgrims’ vision to build a society under God’s supervision, extending the gospel to a new land took root. Their belief that they would be stepping stones for others to follow also came to pass. Within 10 years, over 20,000 Protestants joined them. By 1834, their descendants numbered just under four million. Each family had multiplied on the average of 1,000 people. They constructed churches and built towns. They started public schools for all children. They built colleges so that literate ministers could be trained to serve the communities. They brought over a printing press and printed Bibles for the Indians. And, they were the originators of football!

Not celebrate Thanksgiving? One hundred fifty years after the Pilgrims’ landed, Virginian Patrick Henry, correctly interpreting the times, declared boldly, “Is life so dear, or peace so sweet, as to be purchased at the price of chains and slavery? Forbid it, Almighty God! I know not what course others may take; but as for me, give me liberty or give me death!”

I hope all Americans will celebrate a Happy Thanksgiving this year, and always!

Dr. Jay Sabatino was a high school teacher, principal, and superintendent in Illinois public schools for more than 30 years. Currently, he is working as an adjunct professor for Trinity International University.