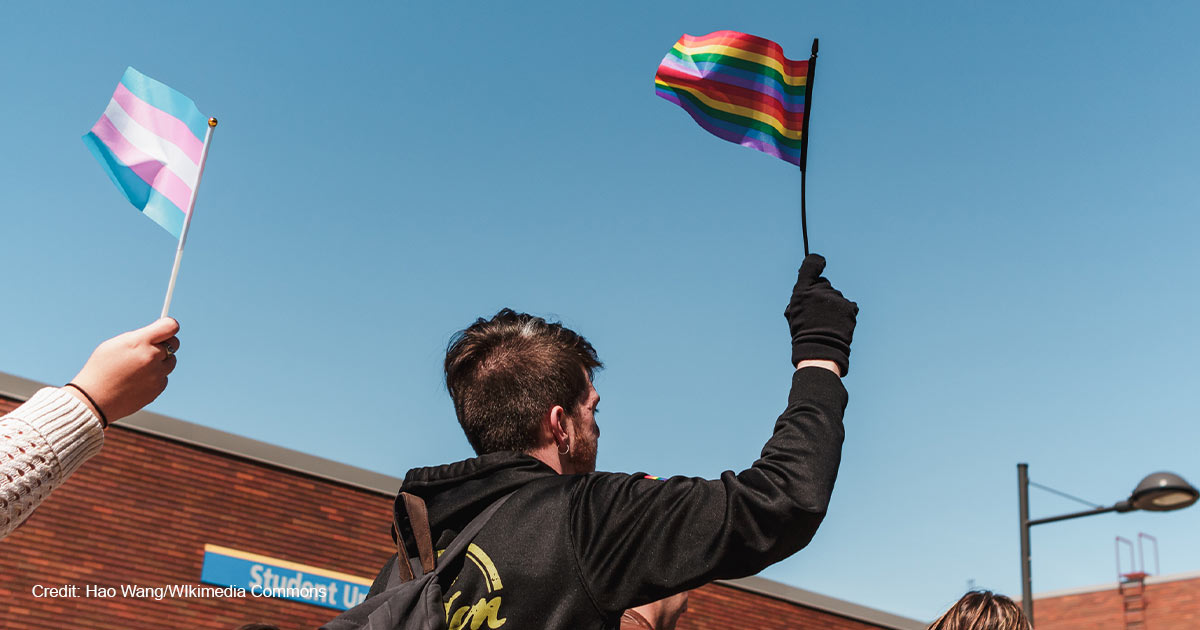 Students who reject their biological sex are skyrocketing in Montgomery County Public Schools (MCPS), increasing almost 11-fold since the school introduced a gender support form in 2019, according to self-reported data. With a population that topped one million in 2020 and a median family income of $111,737 at the 2010 census, Montgomery County, Maryland lies just north of Washington, D.C. and is “Maryland’s largest school district.” Here in this wealthy suburb of the nation’s capital, it seems the Left’s fixation on gender anarchy is troubling the youth.

According to data from a slide presentation inadvertently posted to Twitter, the public now knows how many students in Montgomery County’s 84 schools are struggling with their gender identity — or at least how many told school personnel about their struggle. The Left conceals this information like a teenager’s clandestine tattoo and, like a teenager, resorts to lame excuses when caught.

The number of forms MCPS received tripled from 2019-2020 and then doubled again from 2020-2021. In the Daily Caller’s report, they note the 682% increase over two years. However, the data are even more troubling. The yearly statistics only record the “intake form” for “supporting student gender identity”; therefore, they are (roughly) cumulative. So, the proper comparison is: while by the end of 2019-2020 MCPS had received forms from 35 students, by the end of 2021-2022 they had received forms from 382, an increase of 991% over two years, or nearly 11 times as many. For context, if the number of students reporting gender nonconformity were constant, succeeding years would see fewer forms submitted than the first year, instead of multiple times as many.

An MCPS spokesman objected that “a full accounting of students who may identify as LGBTQ+ or gender nonconforming is impossible to know. … A percentage ‘of’ or ‘rise’ cannot be determined to be considered accurate in any way” because the data are both self-reported and covered by privacy rules. Granted, self-reported data is no gold standard, but if the true number of LGBT students is actually higher, that doesn’t help their case. What we do know is that there has been a rapid increase in reported cases of students denying their biological sex, corresponding with a social fad and school district endorsement in their 2019-2020 Guidelines for Student Gender Identity.

According to those guidelines, teachers may not notify parents that their child has filed a gender support form unless “the family is supportive of the student.” Family support is determined according to the gender support form, which asks students to specify parental support on a scale of 0-10. In other words, school personnel ask the child to say how their parents will react to a secret they haven’t told them, which could make them angry. The answer is hardly objective, and likely biased in the direction of groundless fear and concealment (reference any other parent-child disciplinary issue ever). You may as well stoke groundless fears of nuclear Armageddon. MCPS’s policy is not only calculated to encourage students to question or deny their gender identity, but also to drive a wedge between them and their parents, isolating them so that they only recognize the affirming, manipulative counsel of the school.

Perhaps the gravest concern with the policy is that hundreds of Montgomery County parents are likely unaware that their children even filled out a gender support form. The graphic lists only 55% of parents (in the uber-progressive D.C. suburb) as having a high ranking (8-10) of supportiveness (18% of parents received a 0-3 ranking and 27% received a 4-7 ranking). As many as 45% of the parents for these 423 students may be in the dark about their child’s struggle with gender identity.

“Surveys show that most Americans, across both parties, believe that parents should be allowed to know what their children are learning,” said Montgomery County parent JP Duffy, who is FRC’s vice president of communications. “However, the Montgomery County school system has adopted policies that do the opposite and keep parents in the dark regarding the indoctrination of children into the transgender ideology.”

“Parents should take note,” Duffy warned, “and look for a way to join the thousands of other parents who have withdrawn their children from Montgomery County public schools since the beginning of the pandemic.” MCPS student enrollment reached a height of 166,000 in 2019-2020, the year they introduced their new gender identity policy; since then, it has decreased by nearly 5,000.

Montgomery County did not congeal this toxic cocktail yesterday. The origins date back to at least 2004, when MCPS approved a new sex-ed curriculum exposing children to homosexuality in a positive light. After overcoming initial opposition, by 2014 the pro-homosexuality curriculum also featured a pro-transgenderism video. That came even before the Supreme Court nationalized same-sex marriage in Obergefell (2015). “The Montgomery County school board has been moving further left over the years and is now assuming the role of the parent — and that’s what the board is doing by shutting parents out,” Duffy added. “Now we are seeing the outcome — a dramatic rise in the number of students identifying as transgender.”

After nearly two decades, LGBT activists have deeply entrenched themselves in MCPS’s culture, policy, and administration. It was only natural that, as the movement targeted schoolchildren to become its newest convert-victims, hundreds of young students in Montgomery County would suddenly unmoor themselves from their biological identity to play the gender lottery. After all, the confidence men and women in their own schools sent them off in search of mythical cities of gold. Better to be drowned with a millstone collar than abet this destructive scheme.