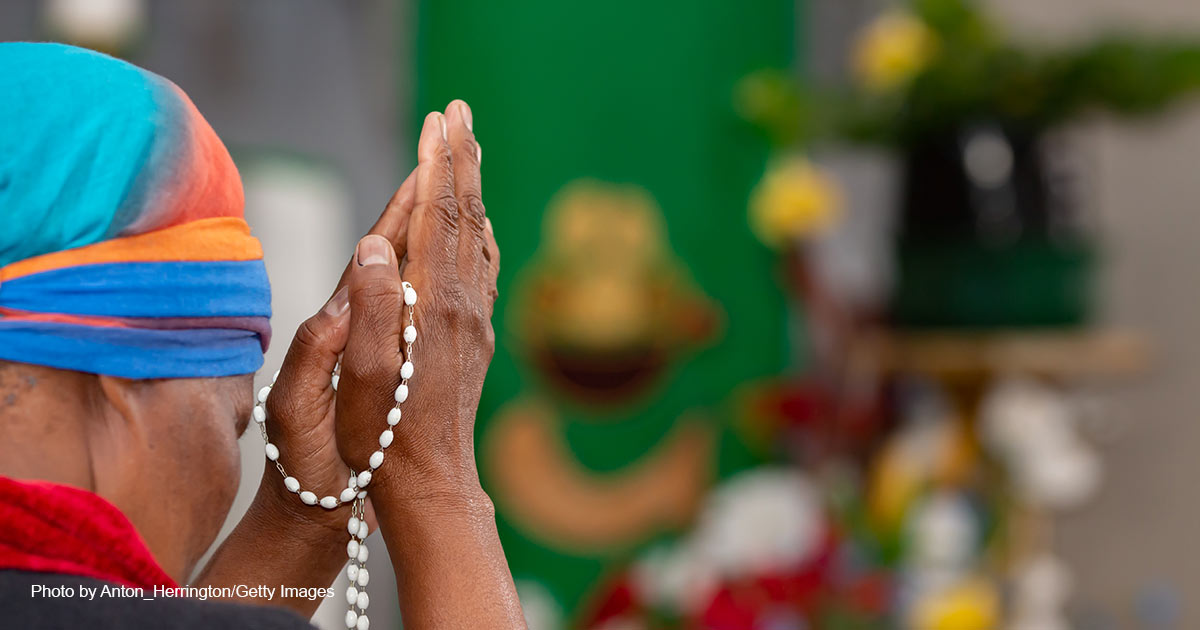 Unshakable Faith: What We Can Learn from the Persecuted

Below is a reprint of the foreword written by Tony Perkins for Heroic Faith: Hope Amid Global Persecution by Lela Gilbert and Arielle Del Turco with LTG (Ret.) Jerry Boykin. Released on July 20, 2022, Heroic Faith takes a close look at the tragic circumstances Christians face due to dangerous and sometimes deadly opposition to their faith in Jesus Christ.

Rampant religious persecution is one of the great tragedies of our time. It strikes at the very core of the human heart, dictating what a person may believe or how they should live.

As the former chairman of the bipartisan U.S. Commission for International Religious Freedom (USCIRF), I went to Sudan in 2020 and saw with my own eyes the difference that religious freedom could make for people who had formerly suffered for their faith under a hostile, Islamic regime. At the time of my visit, Sudan had just installed a civilian-led transitional government after the brutal regime of Omar al Bashir fell after 30 years.

My trip to Sudan still taught me something crucial: people flourish with religious freedom. When the transitional government began to secure the fundamental human rights denied to them under Bashir’s regime, it was like a breath of fresh air for many Sudanese people. Before, converting from Islam to any other religion was punishable by death. But under the new transitional government, Christian converts from a Muslim background could speak about their faith openly.

The positive impact of the increase of religious freedom — although progress was being made and it was not yet perfect — was evident in Sudan. The drastic change in a country that had been a notorious persecution of religious freedom for so long gave hope to advocates who feared the country was a lost cause. The success proved that change was possible, even in the most challenging cases. Now, Sudan’s future is again uncertain after a military coup (another reminder of the fragility of religious freedom globally). Recently, four Sudanese Christian men were arrested for violating an apostasy law that was previously annulled and their punishment could be death. Yet despite setbacks, the Sudanese people have been given a taste of freedom — including religious freedom — and that will not easily be forgotten or surrendered.

Religious freedom is core to who we are as humans. We naturally seek to answer life’s biggest questions — about who we are, where life itself comes from, what our purpose is, and where we are going. These answers are found in our Christian faith. This makes the freedom to choose and live out our faith essential to living a fully human life. It’s no wonder that when oppressed Sudanese converts rejoice when they are offered the chance to live with religious freedom for themselves.

Americans know better than most the deep importance of religious freedom. It is called our “first freedom” not merely because it is enshrined in the First Amendment to the U.S. Constitution, but because it is central to America’s founding. Some of the earliest Europeans to emigrate to the New World were people who had been persecuted for not worshipping according to the dictates of their home country’s state-approved churches. They came to America seeking the freedom to practice their faith in every aspect of their lives, and that has been our understanding of religious freedom for most of our almost two and a half centuries as a country. Although far from perfect, America has been a beacon for religious freedom ever since.

In the West, we too often take for granted the basic freedoms we have inherited. We do so to our detriment. When business owners face lawsuits for operating their business according to their religious convictions or when government officials target churches disproportionately, this is a dangerous erosion of our freedoms. Yes, the desperate circumstances faced by those around the world remind us why it’s important to vigilantly protect this freedom. America will not be able to promote religious freedom around the world if we do not maintain it within our borders.

When the American government, or other governments for that matter, publicly and privately push for greater religious freedom around the world, it can make a positive difference. This is important because religious freedom isn’t simply an American right, it’s a fundamental human right for all mankind. The release of prisoners of conscience, including American missionary Andrew Brunson and Sudanese Christian Mariam Ibraheem, testify to the impact govnerment pressure can have. The United States government must continue to work on this issue.

Christians in particular are regularly targeted because of their faith. Sadly, we rarely hear about Christian persecution. Such information does not make mainstream headlines, but that does not minimize the importance of persecuted Christians to God. Nor does it excuse our failure to pray for the persecuted church or advocate on their behalf.

The first step to make a difference is to know what’s happening. That’s why this book, “Heroic Faith,” is so important. My colleagues at Family Research Council, Lela Gilbert and Arielle Del Turco, are tireless advocates for international religious freedom. They’ve spent years research the causes and impacts of Christian persecution. This book offers a survey of Christian persecution around the world and highlights the real-life stories of survivors of persecution. My friend and Family Research Council’s Executive Vice President, Lt. Gen. (Ret.) William G. Boykin, offers insight on how Christian persecution around the world affects national security and what the U.S. government should do.

By reading this book, I hope you are motivated to pray for the persecuted around the world, learn from their stories of truly heroic faith, and then be led to give action to your prayers by engaging on the issue of international religious freedom.

As USCIRF Commissioner, I adopted Leah Sharibu as religious prisoner of conscience to advocate for. She’s a Nigerian teenager, kidnapped by Boko Haram in 2018 at 14 years old. She was abducted from her all-girls school along with dozens of other classmates. Yet, while the other girls were released, Leah is the only one that remains captive. Her classmates say it’s because she refused to renounce her Christian faith when Boko Haram terrorists demanded that she do so. This book tells more of her story. Leah represents so many Christians who face unfathomable torture, abuse, pressure, intimidation, and oppression simply because they put their faith in Jesus Christ. Yet, they respond with grace and remain strong in their faith.

One day, I hope to meet Leah Sharibu and thank her for her unshakable faith. Until that day, I will carry on fighting for religious freedom for Leah and for all people, everywhere. I hope you will do the same.

Note: The reprint of this foreword includes a minor update to the situation in Sudan to reflect developments that have unfolded there in recent weeks.