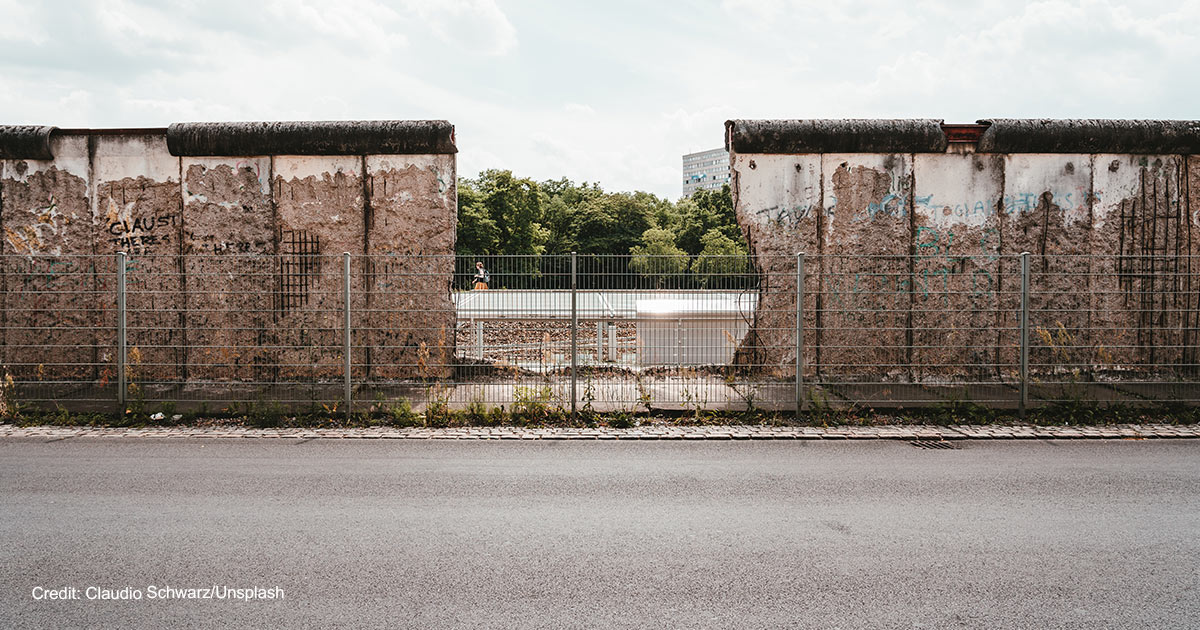 What Communism Can Teach Us About Rebuilding a Culture of Life

On November 9, 1989, the awestruck gaze of a deeply wounded world fixated on the Berlin Wall. What began as a miscommunication from communist leaders desperate to quell the protests of discontent citizens ended in eager masses dismantling the wall by hand. The victims of communism had been told that private travel outside of the country would now be permitted — so they chose to tear down the physical wall that had symbolized their oppression.

In 2022, the United States watched its own wall of oppression fall as the Supreme Court voted to overturn Roe v. Wade, allowing once again for the possibility of democratically protecting the lives of unborn children. The overturning of Roe v. Wade was one of the greatest answered prayers in American history — a moment that pro-life advocates had fought for with faithful anticipation since 1973. The eyes of the world fixated on the steps of the Supreme Court as pro-lifers rejoiced.

Today, the pro-life movement faces the aftermath of a midterm election that saw five states vote unfavorably on abortion ballot referendums. California, Michigan, and Vermont reaffirmed that an unborn child can be killed in the womb at any point up until birth; Kentucky and Montana rejected commonsense measures that would have safeguarded unborn and born children against human rights abuses.

Though the wall of Roe v. Wade has fallen, injustice and evil have remained unchecked or been strengthened in multiple states across the country. It is just as dangerous to be an unborn baby in Michigan as it is to be one in North Korea. Roe is gone — but the hearts of Americans have been infected with the culture of death that was permitted to fester for nearly 50 years. The abortion lobby would sooner pour millions of dollars into campaigns to enshrine abortion than a single cent into actually supporting a woman facing an unexpected pregnancy.

The people of East Germany have similarly born witness to the aftershocks of living under a culture of death. Studies conducted after the fall of the Berlin Wall reveal that disparities in quality of life prevail between those who lived in democratic West Germany and those who lived in communist East Germany. The people of East Germany are consistently poorer, more discriminatory towards ethnic minorities, more pessimistic about the future, and more inclined toward atheism than their counterparts in West Germany.

Communism was defeated in East Germany — but the culture of death has been more difficult to stamp out.

The same is true in the United States. The anti-life tyranny of Roe v. Wade has been defeated on the basis that the U.S. Constitution never conferred a right to end human lives in an abortion. There are hearts and minds, however, that still need to be changed before the United States can fully heal from the stain of abortion in its history and progress towards a brighter future — one where women and children in difficult circumstances are fully valued and fully protected.

Though the necessity to win hearts and minds for life is an intimidating prospect, it is not an impossible one. There is a key difference between the culture of East Germany and the culture of other post-communist countries such as Poland: the willingness to return to God.

The people of Poland rejected and resisted communism largely due to the leadership of Polish Pope John Paul II, whose spiritual guidance brought renewed hope to the masses. In Poland today, only 3% of the population identifies as irreligious or atheist; the rest are almost entirely Christian. Poland is now one of the most pro-life countries in the entire world, protecting all unborn lives beginning at conception with only rare exceptions. Through the grace of God, a nation that suffered under the culture of death imposed first by the Nazis and again by the communists is now one of the safest places in the world to be the most vulnerable of humans: an unborn child.

As the United States wrestles with the legacy of Roe v. Wade, it is important for pro-life Americans to remember that others in history have walked the path of rebuilding a society that loves and values life. We must also remember that there are some walls that can be torn down in an instant, like the Berlin Wall or a corrupt Supreme Court ruling; there are other walls, like the ones formed around hearts, that may take longer to dissolve. Most significantly, we must take heart in remembering that there is no greater ally in the fight for life than our gracious God, to whom we can confidently entrust our hopes and plans for the next step in protecting the unborn.