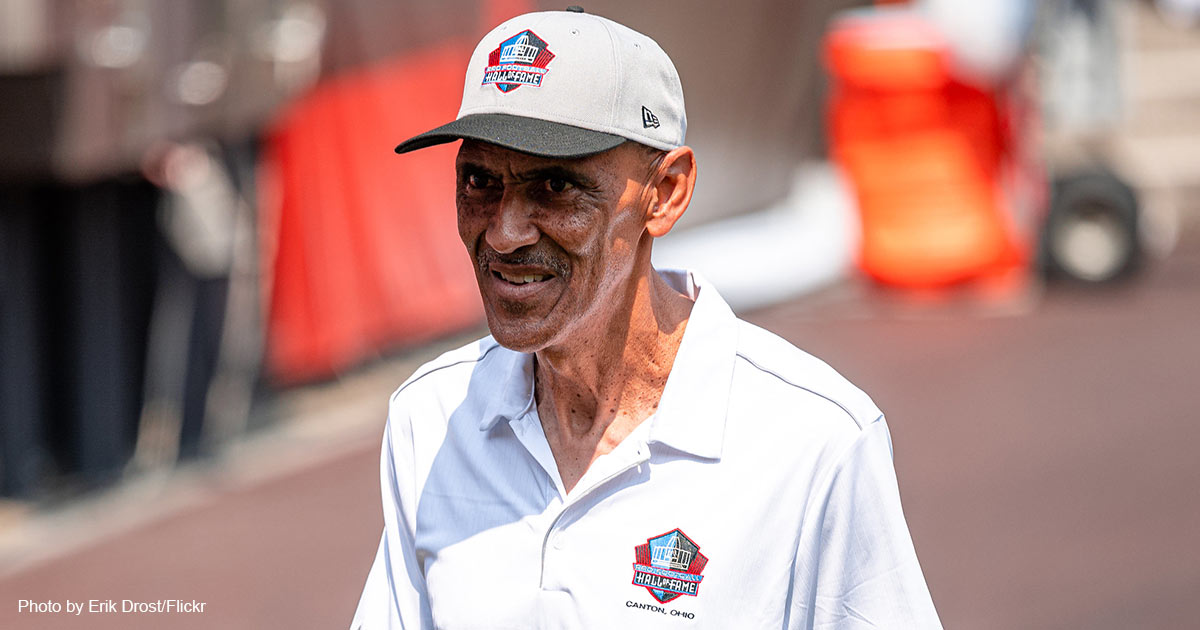 Who Are the Real Abortion Extremists? Not Tony Dungy.

As pro-lifers from across the nation gather in Washington, D.C. to March for Life — the first march since Roe v. Wade was overturned — former NFL coach Tony Dungy announced Thursday that he and his wife would be attending the March for the first time (he is scheduled to speak). But one left-wing commentator found that innocuous tweet “nauseating.”

In fact, Dave Zirin, sports writer for The Nation, a far-left publication, vented about a dozen tweets responding to Dungy’s one, calling Dungy a “bigot,” complaining that “the NFL and NBC coddle his right wing extremism,” and alleging that attendees of the March for Life celebrate “dangerously violent disinformation.” Zirin was so offended by Dungy’s speaking appearance that he wrote a full-length hit piece about it.

Zirin’s piece does recognize that Dungy is “venerated throughout the NFL world as a man of character.” The “retired Hall of Fame coach” and “cohost of the top-rated NBC show Football in America” was “a widely admired trailblazer as the first Black coach to win an NFL title” — with Peyton Manning and the Indianapolis Colts in 2007. He even credits Dungy with displaying “love and forgiveness in his heart for outcast NFL players Michael Vick and Ray Rice.”

But by speaking at the March for Life, wrote Zirin, “Dungy is certainly taking his reputation for a test-drive.” He claimed that the March is a “madhouse of right-wing gadflies, disinformation addicts, Qanon adherents, and, most disturbingly, class after class of teenage and tween-age children dragged there by teachers.” He called the rally “a blunt instrument for robbing people of their rights to privacy and the rights to their own bodies.” He said it gathered this year “to celebrate a fascistic, discredited Supreme Court and the loss of our rights.”

With such descriptions, March-goers could question his opening claim, “I’ve covered the March for Life in Washington, D.C., for years.” Has he been attending the same rally and March?

Be not dismayed by his toxic denunciation. Zirin gave the game away on Friday morning, when he complained, “Thanks to Dungy article, I’ve experienced the full christo-fascist bot response over the last 18 hours and if I had to combine every message into one, it would be: ‘You are going to hell along with every abortion loving scum and [LGBTQ person] and never forget: God is love.’” And, “They’re very concerned with my immortal soul while being extremely angry that I exist. It’s obscene to see a movement buil[t] on a foundation of hate, claim the mantle of love, not to mention the mantle of God.” The word “bot” is the clue that his language may not be entirely sincere; he seems angry with people, yet he implies that they are bots.

Sadly, I can readily imagine that some self-professing Christ-followers bring dishonor on his name by their conduct on Twitter. More fundamentally, however, Zirin’s response is that of someone looking for a reason to stay angry and offended by Christians. I don’t know his reasons or his heart, but blaming Christians often serves as a defense mechanism for those seeking to ignore the truth about Christ, the final judgment, or the prodding of their own conscience. I do know that the vast majority of those marching for life gather from a sincere desire to care for unborn babies and their mothers.

What, then, of Zirin’s suggestion that Dungy speaking at the March for Life constituted “right wing extremism”? It turns out that his narrative hardly fits an objective definition of “extremism.” According to a Marist poll conducted January 6-9, only 21% of Americans believe “abortion should be available to a woman any time she wants one during her entire pregnancy,” including only 32% of Democrats. (Lest anyone suspect that the Marist poll is systematically biased towards pro-life answers, the same poll found a record high 61% of Americans identity as pro-choice.)

Yet Democratic politicians repeatedly refuse to identify any abortion restriction they would support, up to the very moment of birth. In fact, last week, all but one House Democrat voted against a measure that would require doctors to provide life-saving medical care to babies born alive after a failed abortion attempt. In reality, Democratic politicians are the ones who, at the behest of the abortion lobby, adopt this extreme abortion agenda, which is out of step with American opinion and even out of step with their own party.

In fact, Marist found that a lopsided majority of Americans (69%) oppose any abortion beyond the first trimester, including half of Democrats (49%), two-thirds of independents (70%), and nearly all Republicans (93%). Yet whenever any legislator proposes to codify this sentiment (essentially a 15-week abortion ban), the Left goes apoplectic — “extremism,” they cry.

Or consider another popular policy option: an abortion ban, except in cases of rape, incest, or to save the life of the mother. According to the Marist poll, a substantial minority of Americans (44%) would still favor this policy (18% would prefer fewer exceptions), including 20% of Democrats, 38% of independents, and 75% of Republicans. In some conservative-leaning states, this group likely forms an out-right majority. Yet professional chatterers will still opine that a few radical politicians have been captured by extreme, right-wing interests — even when they are implementing a policy favored by a majority of their constituents.

As this year’s March for Life emphasizes, the campaign to protect the unborn did not end when Roe v. Wade was overturned. All the Supreme Court did was return control over abortion policy to its rightful stewards — the people’s elected representatives. Those representatives still have an obligation to pull America’s legal system back from the abortion policy of the Roe decision, which permitted abortion up until birth for any reason. There lies the real extremism.