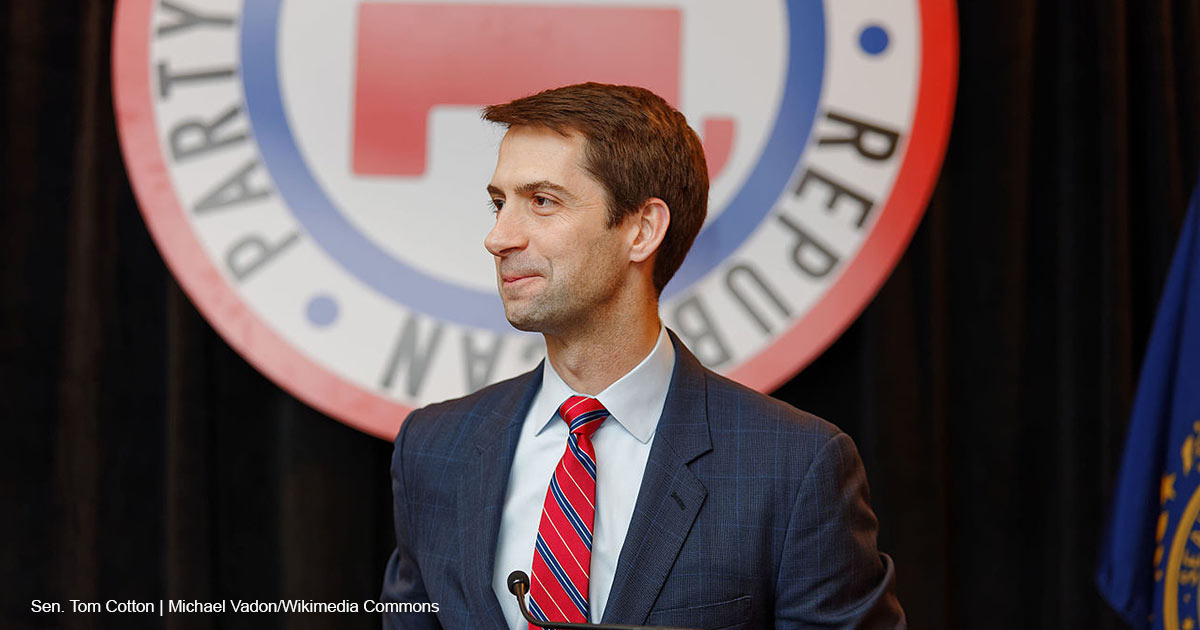 Kroger CEO Rodney McMullen and Albertsons CEO Vivek Sankaran appeared before the Senate Judiciary Committee to answer questions related to a proposed merger between two of the nation’s largest grocery chains. During the hearing, Committee Chair Amy Klobuchar (D-Minn.) and Ranking Member Mike Lee (R-Utah) both expressed skepticism about the deal. Senator Tom Cotton (R-Ark.) cautioned Kroger against expecting “Republican senators to carry the water for them” while pursuing corporate policies that promote abortion and the LGBT agenda at the expense of families and people of faith. In response to the possibility of painful regulatory hurdles, Cotton had only one response for Kroger, “I’m sorry that’s happening to you. Best of luck.”

Kroger has embraced woke corporate policies like a Texan does his cowboy boots. In 2020, Kroger not only introduced an apron for employees with a rainbow symbol, but subsequently fired two Arkansas employees who refused to wear it, as it conflicted with their religious beliefs. (After the Equal Employment Opportunity Commission filed suit against Kroger for the blatant act of anti-religious discrimination, Kroger eventually settled the suit for $180,000 and agreed to develop a religious accommodation policy.)

After the Dobbs decision in June, a Kroger spokesperson announced the company’s health care policy would cover “travel benefits up to $4,000” for employees traveling out of state to obtain an abortion. In September, the Kroger-owned Fred Meyer grocery chain sponsored (as did Albertsons) a Pride festival in Boise, Idaho that promoted a “drag kids” performance (later cancelled due to public backlash and the withdrawal of several sponsors — but not Fred Meyer). Peel off the C-suite gilding, and Kroger’s executives seem to be so many left-wing activists.

But Kroger’s woke activism has not served the corporation well in the current crisis.

Kroger and Albertsons lobbyists had hoped that support from pro-business Republicans would offset concerns from unions, smaller chains, producers, and consumer advocates, boosting their case before the FTC. The merger would leave Kroger in second place to Wal-Mart in terms of market share, so concerns about creating a monopoly aren’t necessarily clear. In fact, some experts believe the FTC is likely to approve the merger, and it is now a question of which and how many restrictions the FTC will place on the grocery chains.

But not all Republicans have given Kroger the support they looked for. Senator Cotton said in the hearing:

This situation reminds me a little bit of the situation Big Tech companies have found themselves in, in recent years. They’ve come to Washington because they fear regulation from our Democratic friends or action by the Biden administration, and they expect Republicans, who are traditionally more supportive of free enterprise, to come to their defense. And I’ve cautioned them for years that, if they silence conservatives and center-right voters across the country, if they discriminate against them in their company, they probably shouldn’t come and ask Republican senators to carry the water for them whenever our Democratic friends want to regulate them or block their mergers.

So, I’ve heard a lot of questions about that today, and I’ve read a lot about it in the news. And I’ll say this, I’m sorry that’s happening to you. Best of luck.

The theory is simple. Big Business has waded into progressive political causes to the extent that their companies’ practices are hardly distinguishable from their left-wing activism. Conservatives and Republicans, once business’s staunchest friends and supporters because of their belief in free enterprise, lose out culturally and politically as a result of their actions. Therefore, some conservatives and Republicans are no longer willing to maintain a distinction between the corporation’s business and politics — a distinction that the corporation itself works to blur.

Cotton’s response was met with approval among a range of conservative commentators, including The Federalist’s Christopher Bedford, the Claremont Institute’s Inez Stepman, and former Trump advisor Stephen Miller. They agreed that Cotton’s tone and message was “exactly right.” Given the positive feedback, it’s unlikely conservatives will back away from this response to powerful corporations anytime soon. For some, this is a basic response to the feeling that major corporations have stabbed their political allies in the back. For others, this is a move of political necessity, designed to deter corporations from declaring war on Republican politicians and their political base.

It’s hard to miss the parallel in this response with the way God treats his people Israel, when he tells them, “You have forsaken me and served other gods; therefore I will save you no more. Go and cry out to the gods whom you have chosen; let them save you in the time of your distress” (Judges 10:13-14). Of course, there are many reasons to question whether it’s appropriate or prudent for Republican politicians to adopt the same policy toward Big Business. But the closer you think those groups form a marriage of ideals and interest, the closer the parallel becomes.

Regardless, corporations had better recognize, for their own sake, that many Republicans who naturally favor free enterprise are now willing to oppose big businesses that engage in policies hostile to faith, family, and freedom. “Go woke, go broke” is on Capitol Hill to stay.