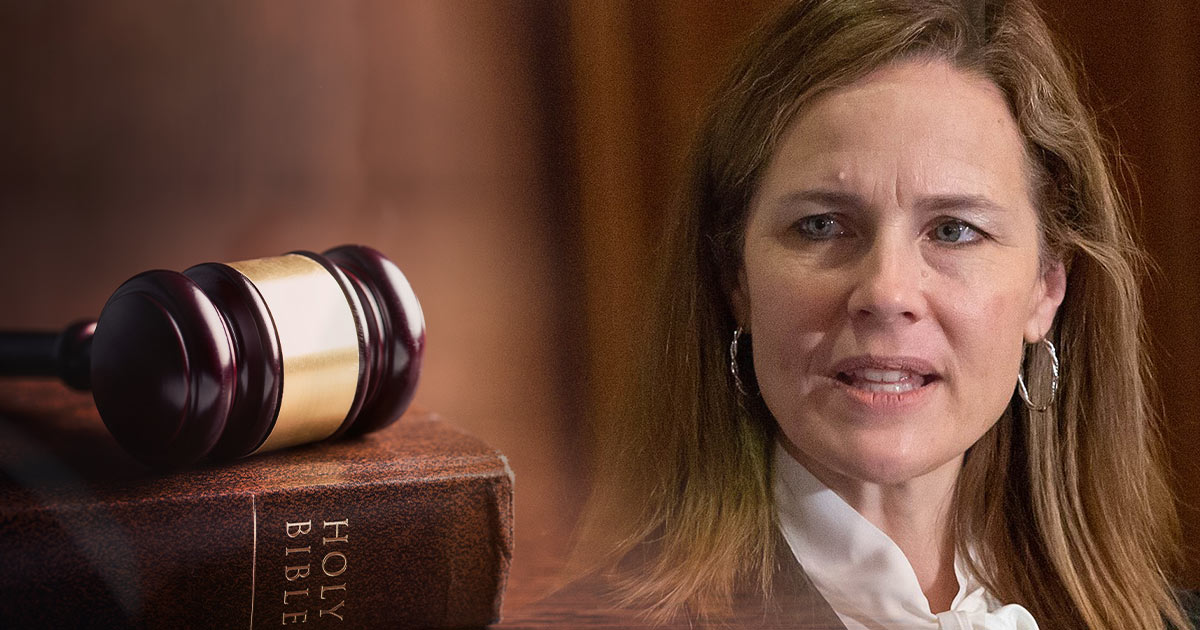 Yes, Amy Coney Barrett - and Any of Us - Can Be a Christian in the Public Square

In a provocative article published by The Guardian last week, former members of a Christian community, People of Praise, to which Supreme Court Justice Amy Coney Barrett belongs, argued that Barrett should recuse herself from the upcoming 303 Creative v. Elenis case.

303 Creative is a religious freedom and free speech case that challenges a public accommodation law that could compel speech — in this case affecting artist Lori Smith’s ability to design wedding websites. The case will hear oral arguments on December 5. As a legal argument, the complaint against Barret is unpersuasive. However, the broader cultural phenomenon it represents is extremely dangerous for Christians who desire to hold to core Christian teachings while working in the public square.

The argument of those quoted in The Guardian is that Barrett’s affiliation with the People of Praise, a Catholic group that unsurprisingly adheres to church teachings, and her former role on the board of Trinity Schools Inc., means she has participated in discriminatory policies against LGBT-identifying people. Critics argue that Trinity Schools are problematic because faculty guidelines from 2015 prohibited “blatant sexual immorality,” including “homosexual acts.” To the writers and editors at The Guardian, this might be a radical position, but for Christians, such an instruction is a basic feature of a Christian worldview.

In some ways, this is a wake-up call for Christians regarding just how far outside the mainstream foundational Christian beliefs about sexual ethics now are, though they were once widespread across the West. But accusations like the one against Barrett also represent an attempt by secular cultural elites to paint core Christian belief and practice as radical and sufficient to disqualify someone from public service. Dr. Albert Mohler, president of Southern Baptist Theological Seminary, summarized the criticism of Barrett this way: “The argument here is your religious beliefs disqualify you because your religious beliefs are outside the appropriate pale of discourse in the United States of America.”

Across the , a prejudice has taken root that seeks to punish Christians who attempt to live their lives according to the tenets of their faith. Earlier this year, Andrew Thorburn was pressured to resign as chief executive of the Essendon Bombers, an Australian Football League club, less than 48 hours after accepting the job. The public outrage forcing his resignation arose over his role as chairman of City on a Hill Church in Melbourne. Activists publicized a handful of sermons delivered at the church which taught about God’s design for marriage and sexuality and about the value of human life, including unborn lives.

The attacks on Barrett and Thorburn both display a pattern of hostility to Christianity. This is a dangerous trend. A society that respects religious freedom will allow religious adherents to both express their faith and hold public office or high-profile business roles. These must not be made to be mutually exclusive.

The accusation against Barrett in The Guardian also undermines the credibility of the Supreme Court overall. The insinuation is that Barrett couldn’t possibly judge the 303 Creative v. Elenis case impartially because of her religious views about God’s design for human sexuality. This is an unfair indictment against Barrett not just as an individual, but as a person of faith sitting on the Supreme Court.

Justice Barrett is a well-qualified individual and holds a lifetime appointment on the Supreme Court. The assault against her is baseless and will ultimately prove to be fruitless. But Thorburn and others like him are not so lucky. Such attacks against Christian public servants and professionals reflect a growing animus to Christianity. Written guarantees of religious freedom protections are not enough if the culture itself does not support them.