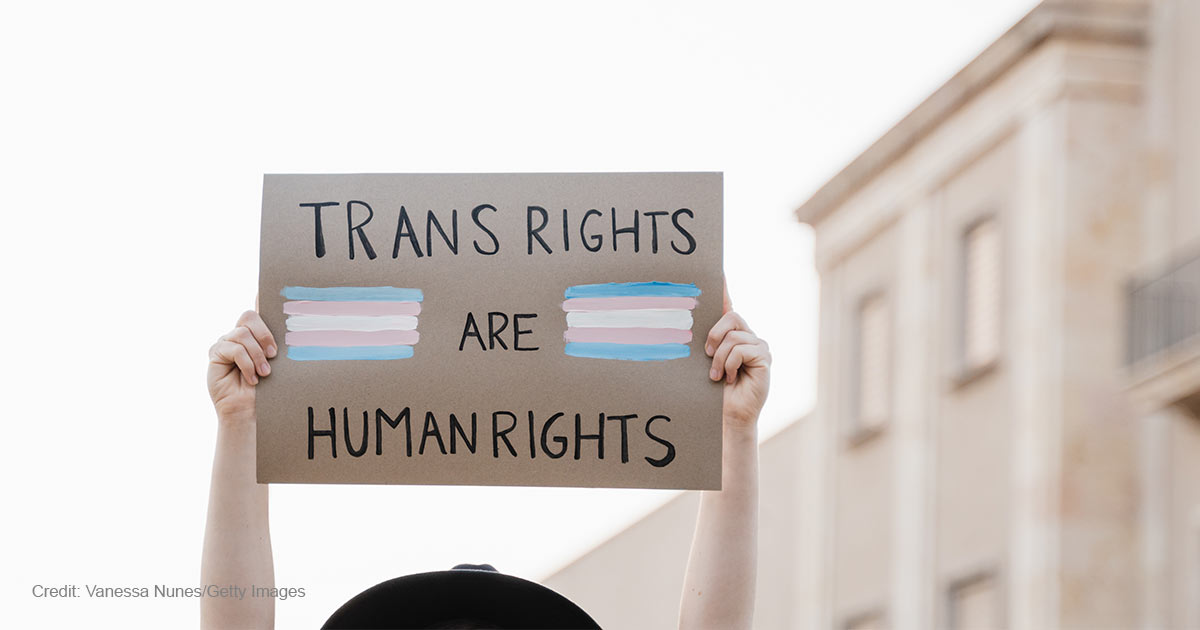 0.08% of Virginia Students Walk Out over Youngkin’s Pro-Parent School Policy

On Tuesday, over a thousand students across six northern Virginia counties walked out of their high school and middle school classrooms in protest of Governor Glenn Youngkin’s (R) newly released “2022 Model Policies on the Privacy, Dignity, and Respect for All Students and Parents in Virginia’s Public Schools.” Inviting parents back into education, the draft defers to mothers and fathers to make the best decisions for students, particularly when it comes to issue of transgenderism.

Rallied together by a reputedly student-run LGBTQ activism organization, Pride Liberation Project, the walk-outs (which amounted to 0.08% of the 1.2 million students in Virginia public schools) were orchestrated as a statement against the “anti-Queer” policies by the Virginia Department of Education (VDOE). Chants such as “Protect Trans Youth” and “Say No to the VDOE” could be heard from groups of student protestors on school lawns and football fields as they rallied and listened to speakers for half hours across the state. According to investigative reporting by The Daily Caller, several left-leaning groups have been putting money and lobbying behind the demonstration, rather than students.

“The use of children as political pawns in the form of politically orchestrated walkouts is totally consistent with gender ideology as a weaponized movement,” FRC’s Meg Kilgannon told The Washington Stand. “The narrative goes something like this: ‘I always felt like I was a girl trapped in a male body; if only I had been affirmed as a child, my lifelong struggles could have been avoided. That’s why we have to help children who feel this way to be true to their authentic selves, or they will commit suicide.’”

What do the model policies say that students are taking a stand against? According to a sign-up document from the group, they “allow parents to deny a student access to counselors,” “Prevent students from having their real name and pronouns recognized,” and “Prohibit schools from acknowledging non-binary students.”

The official document from the VDOE outlines its purpose to bring parents back in the loop of what their children are learning and how they are developing in schools, maintaining Youngkin’s campaign promise to restore parental rights in education. The opening includes, “The Department also fully acknowledges the rights of parents to exercise their fundamental rights granted by the Fourteenth Amendment of the U.S. Constitution to direct the care, upbringing, and education of their children. The Code of Virginia reaffirms the rights of parents to determine how their children will be raised and educated. Empowering parents is not only a fundamental right, but it is essential to improving outcomes for all children in Virginia.”

“Parents must be trusted to have the best interests of their children at heart, and school administrators and teachers should encourage strong family bonds rather than placing themselves between parents and children,” Kilgannon emphasized to TWS.

The draft goes on to state the guiding principles, centered around putting parents’ authority of their children above the school’s: “Schools shall respect parents’ values and beliefs; Schools shall defer to parents to make the best decisions with respect to their children; Schools shall keep parents informed about their children’s well-being.” These policies state that, without parental consent, schools are in no place to refer to students with anything other than their birth name and given pronouns, nor can they transition or withhold such information from their families. Additionally, it clarifies that biological men will not be allowed to play in women’s sports, and vice versa.

Ian Prior, executive director of Fight for Schools, a parents’ activism group in Northern Virginia, told TWS, “Governor Youngkin received nearly 1.7 million votes in November of 2021, largely on his promise to restore parental rights in Virginia. He has delivered on that promise.”

Youngkin’s campaign promise struck a chord with parents across Virginia and rippled across the country for those who had seen the abuses and overstepping of parents by school districts. Loudoun County in particular has made headlines for a left-leaning school board pushing sexual orientation and gender identity ideology in classrooms. Elsehwere in America, a Florida school began transitioning a middle school girl without her parents’ knowledge or consent.

Kilgannon says the orchestrated protests themselves were an example of organizations and institutions attempting to usurp parental authority. “Political organizations staging walk outs for high school students in reaction to Governor Youngkin’s [draft] is yet another example of culture war politics waged by the progressive left-wing of the Democratic Party. I wonder if the parents of those students gave permission to the school for their child to miss class to participate in a political protest? Did the school ask for parental permission or inform parents that there had been a learning disruption during the school day? The answers to those questions are the reason why Virginia’s new model policy is so necessary,” she continued, and suggested that the comment portal is a better place for Virginian students to make a meaningful contribution to the model policy conversation.

Prior agreed, telling TWS, “The fact that a small minority of high school students are protesting the involvement of their parents in crucial decisions about their emotional, mental, and physical health proves the point that some of Virginia’s public school systems are far more focused on training activists than on providing a world class education. It is unfortunate, but predictable, that this has pitted children against the rights of their parents.”