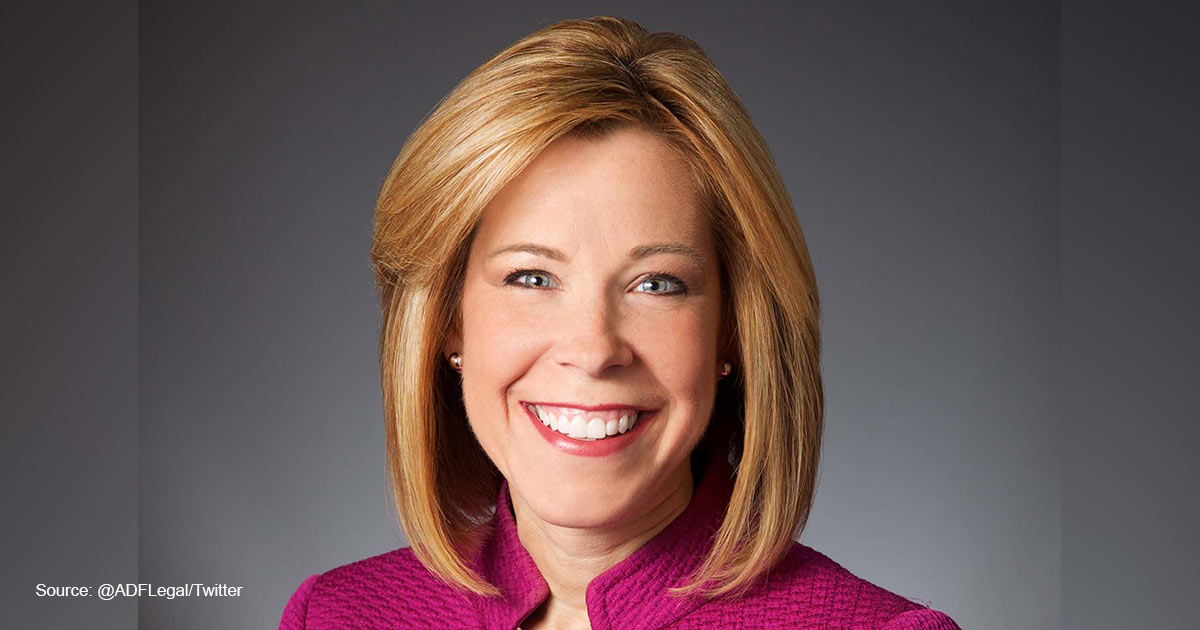 One of the nation’s premier legal organizations dedicated to preserving religious liberty has a new leader. The Alliance Defending Freedom announced Friday that Kristen Waggoner will become ADF’s president and CEO on October 1.

“I’m honored to accept the call to lead ADF as we continue to work to protect the fundamental freedoms and inherent dignity of all people through legislation, litigation, diplomacy, and public advocacy around the world,” said Waggoner, calling the post an “incredible privilege.”

Family Research Council President Tony Perkins said he is “thrilled” with Waggoner’s selection. “ADF has been blessed with two great leaders, Alan Sears and Mike Farris — their legacy will continue with Kristen. We look forward to continuing to stand side by side with ADF.”

Not every crowd has been as receptive to her advocacy for the freedom to express one’s religious views enshrined in the First Amendment. In March, an angry mob at Yale University Law School shouted down her debate with the American Humanist Association’s Monica Miller. An estimated 120 protesters finally left the friendly intellectual exchange, organized by the campus chapter of the Federalist Society, “but then for the next 45 minutes or so, they began to pound on the walls outside of the exits of the room and to scream and chant,” remembered Waggoner. “It got to the point where it was so volatile that we couldn't even exit the building without security.” She (and Miller) remained unflappable, and she continues to focus on preserving other people’s constitutional rights.

As government challenges to religious liberty and freedom of conscience intensify, ADF has received more than 10,500 requests for legal assistance. “We remain in a season where our fundamental freedoms face grave threats, so this work is more critical than ever,” stated Waggoner, who will continue as general counsel. “I am grateful to God and to those who have served before me that ADF is positioned well for this moment.”

Outgoing president and CEO Mike Farris hailed Waggoner as “a brilliant lawyer, a superb public speaker, and an exemplary Christian.”

“When it became clear to me that Kristen was a well-suited successor and ready to lead, I urged the board to consider her,” added Farris. The 71-year-old will remain with the organization and focus on his twin passions of parental rights and international religious freedom.

While the legal hurdles to religious freedom change with each administration, ADF maintains its focus on preventing politicians from impeding the Great Commission. “As the threats to liberty in America have grown, ADF has expanded its reach. But our core mission remains the same as it ever was: to keep the doors open for the Gospel of Jesus Christ,” said Farris. “We’ve honed our focus on creating generational wins in the areas of religious freedom, free speech, the sanctity of life, parental rights, and God’s design for marriage and family. And now, I’ve identified a brilliant, capable young leader who will continue to move ADF forward, advancing the cause of liberty for years to come.”

“Now is not the time to slow or slacken our pace. We must recommit to our mission, with renewed energy, grace, and courage,” Farris concluded. “Under Kristen’s leadership, and by God’s grace, we will.”