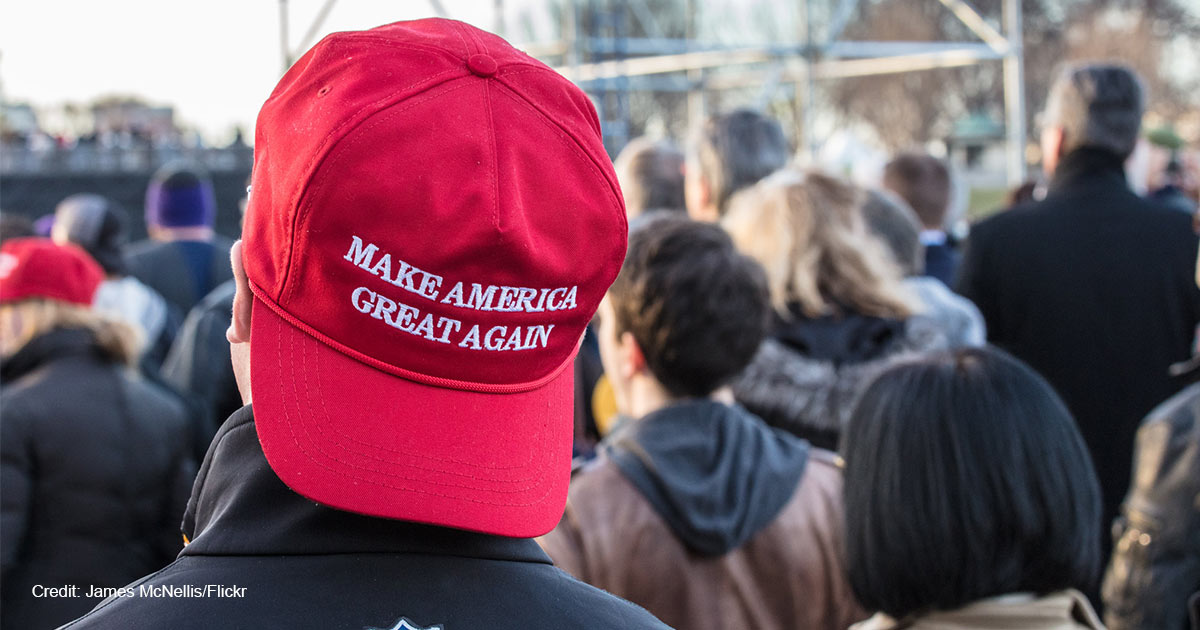 While the Left often circumvents real issues that concern Americans, a recent poll highlighted the ideology most are afraid of: socialism. National Review reported on Monday that 55% of Americans are more worried about the “Socialist Left” than “MAGA Republicans.”

The poll came after President Biden’s speech in Philadelphia where he called MAGA Republicans “an extremism that threatens the very foundations of our republic.” According to the report, only 45% of Americans are concerned about MAGA Republicans taking the driver’s seat in politics. Despite President Biden’s assertion that he didn’t believe all Republicans were threats to the nation, the Harvard-CAPS Harris poll found that 60% of the surveyed deemed the speech divisive, and 54% said it was “fear-mongering.”

Biden may be pointing his finger at Donald Trump and his supporters, but are the polls pointing back at him? On September 20, President Biden tweeted, “I am sick and tired of trickle-down economics. It has never worked. We’re building an economy from the bottom up and middle out,” to which one commenter replied, “trickle up socialism always fails.” Another one said, “I am sick and tired of government redistribution of capital. It has never worked,” and one more comment read, “Not like people escape socialist countries like the plague, nah. Not like America had spent decades fighting against socialism, nah. Socialism for all!”

Many have sounded the alarm on America’s socialist leanings in the past two years, among which immigrants, who have left socialist countries, were at the forefront. Mario Bramnick, president of the Latino Coalition for Israel said, “What we’ve seen in the last two years is nothing less than chilling. We’ve seen this movie before and I don’t want to rerun in America.” Bramnick pointed out that the politicization of the DOJ and the FBI, the raid of former President Donald Trump’s residence, the DOJ targeting parents who attend school board meetings, critical race theory, and woke culture concern Hispanic Americans who are “wary of government overreach.” Big government isn’t the only reason for fear. The public has watched leftist tech giants “muzzle” free speech, leading to state-led lawsuits and the push for alternate social media platforms. A 2020 CATO survey found that 62% of Americans were afraid to share their political views because others might find them offensive.

“Socialism always, always demands party conformity and allegiance and punishes those who refuse to comply,” said Dr. Emir Caner, President of Truett McConnell University, at Family Research Council’s Pray Vote Stand Summit. Recounting his wife’s story, who immigrated from former socialist Czechoslovakia (now Czech Republic), Caner maintained, “You can imagine that she is nearly terrified of the present climate of politics in America. Now, the fight is not between liberalism and conservatism. It’s between socialism and freedom.”

On the other hand, Allie Beth Stuckey, conservative commentator and public figure, encouraged the audience at PVSS by saying, “Christian, in every way that you can, in every sphere that you occupy, in every tiny speck of eternity on which God is purposely and providentially placed, you be a threat to evil, be a threat to wickedness, be a threat to propaganda and lies. Simply by being a Christian. Simply by representing and pushing for that which is good and right and true.”