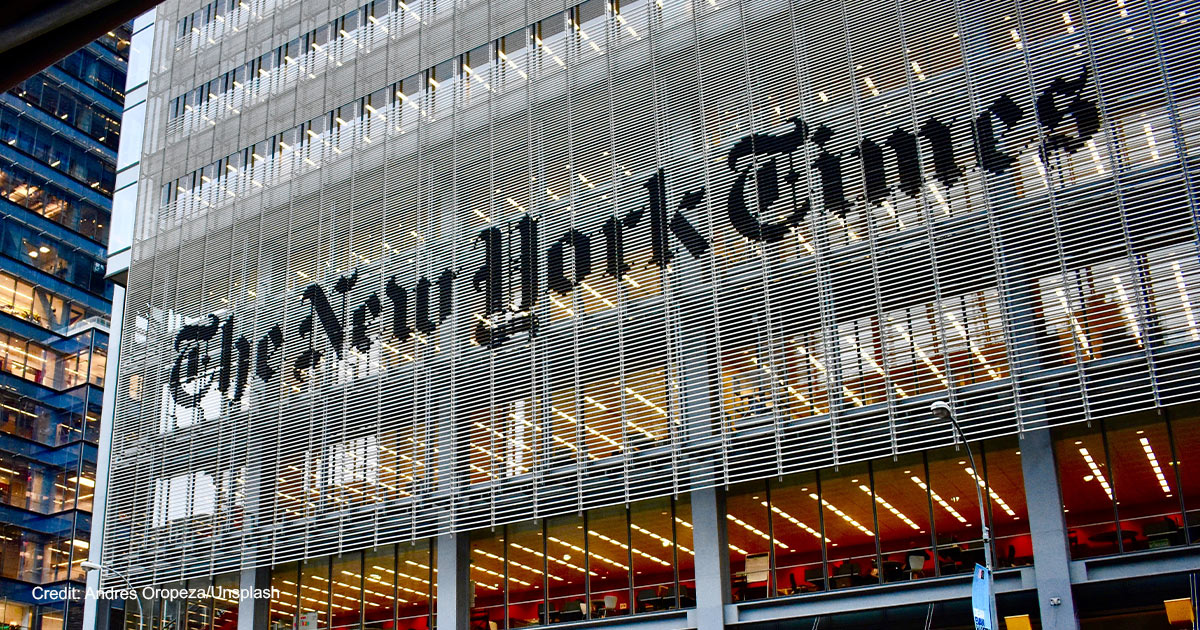 Two weeks out from the pivotal midterm elections, The New York Times published an article claiming that Congresswoman Mary Miller (R-Ill.) and other Republicans use “inflammatory” and “hostile” language to “vilify” their political opponents at a higher rate than Democrats. Miller countered by saying the “extreme” policies of the Left warrant strong pushback.

On Monday, Miller joined “Washington Watch” to discuss the piece and the state of the education system in the U.S.

The NYT article is part of an ongoing series entitled “Democracy Challenged,” which claims that “Democratic norms are facing a historic test … extremism, global authoritarianism and disinformation are on the rise.” The series includes pieces on “American Nationalists” and “Russian Trolls” who are “deepening divides” among “American feminists.”

The article went on to describe how Republicans like Miller use “the language of faith” in their political rhetoric, citing a tweet from Miller last December in which she stated, “We’re at war for the heart & soul of our country. Christ is on our side and we will prevail!”

“Washington Watch” host Tony Perkins noted how President Biden used the same words as the theme for his primetime address to the nation on September 1. “I cannot count the number of times I’ve heard President Biden say, ‘We’re in a battle for the heart and soul of our nation.’ … He’s been doing that since [his presidential] campaign. That evokes a spiritual connotation. So for you to take the next step and say, ‘We rely upon Christ, we know this is a battle between good and evil,’ he can get away with it in the eyes of the media. But those who fill in the blanks and realize that, yes, we are in a spiritual battle, they’re the ones that the legacy media goes after.”

“They’re counting on … Americans [being] bamboozled by their disinformation campaign,” Miller contended. “But I know from traveling around my district, Americans are not.”

She continued, “But a tree is known by its fruit and a politician is known by their policies. … I don’t look at other humans as my enemy, but I ran against my opponent’s record. Votes become policy and policy affects people, and if he wants to talk about extremism, look at their policies. Shutting down our energy is going to bring us to our knees. It is propelling China to be the world leader, opening our border to crime, fentanyl, all that, transgendering our children. These are things that the American people are not in agreement with.”

Miller went on to contend that one of the reasons national math scores are dropping at historic rates is because class time is being wasted on ideologies instead of basic skills.

“I’m the mom of seven, grandma of 19,” she said. “I’ve spent time in public, private, and I home-educated my children. And I can tell you, in all those educational settings, the one issue I always had was a lack of time. Time … to make sure that kids were mastering those core subjects. Public school is wasting our children’s childhood. Our kids are the greatest resource of our country. They are the hope and future of our nation, and this should deeply concern people.”

Miller further underscored that “community schools should be allowed to reflect the values of the community where they are, and parents should be fully engaged in their children’s education and the curriculum choices.” She encouraged parents to take an active role in their children’s schools like never before. “I cannot stress to people enough to find out what your kids are learning. Ask to see the curriculum that your kids are learning from. Go to the school and ask to visit and run for school board. And I want to encourage people. Hillsdale College has a free course now — how to run for school board. We have got to hold the people that are running the schools accountable.”