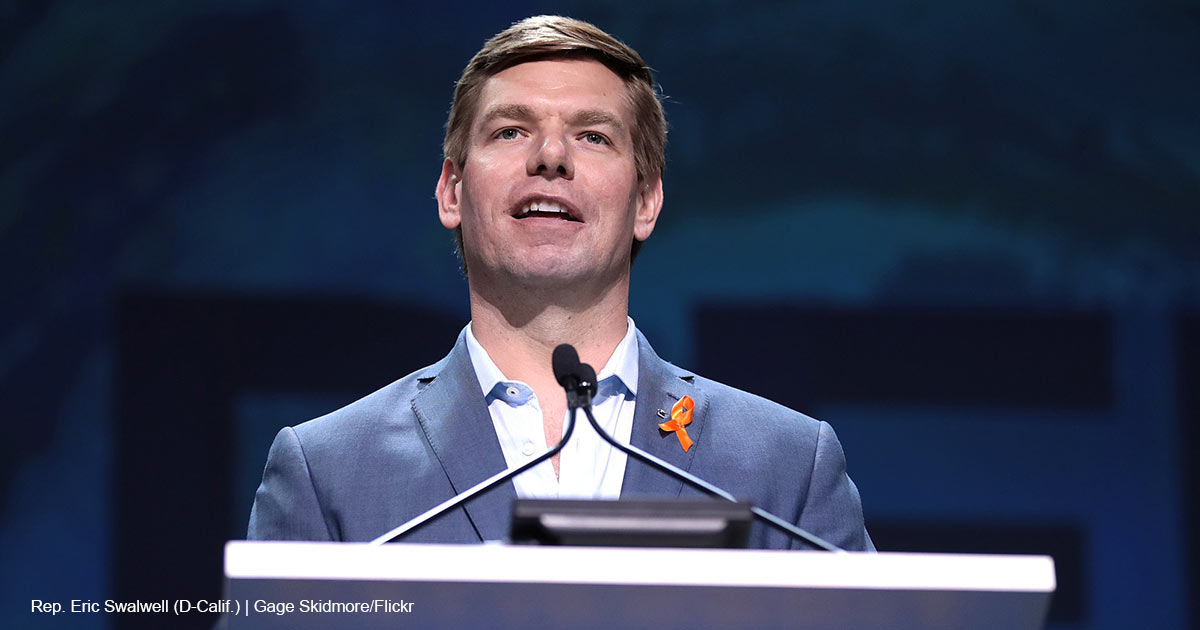 On Wednesday, Rep. Eric Swalwell (D-Calif.) made headlines when he posted a comment on Twitter stating that he thought the idea of parents being in charge of their children’s education was “stupid.” The controversial statement comes in light of a sweeping movement across the nation of parents getting more involved in public education, particularly through running for and winning school board seats.

Swalwell’s comment came in reaction to a quote from Sen. Tim Scott (R-S.C.) after he won reelection Tuesday, who said, “We are putting parents back in charge of their kids’ education.”

The rebuttals from advocates for parental rights were swift. “We stopped trusting ‘experts’ when they locked our kids out of classrooms, tried to force-feed them propaganda, and proved that their political agendas were more important than our kids’ wellbeing,” replied Nicki Neily, president of Parents Defending Education.

Rebeccah Heinrichs, a senior fellow at the Hudson Institute, chimed in: “As their mother, I am the expert of my kids.”

Caleb Rowden, the majority leader of the Missouri Senate, retorted: “This might be the most asinine comparison and general view of a parent’s role in their own child’s education that I have ever seen publicly stated. Is it any wonder more and more parent’s [sic] are fighting for more choice than ever before?”

Swalwell’s statement came a day after a swath of new conservative school board members were elected across the nation during Tuesday’s midterms, many of them parents of schoolchildren themselves.

In states like Florida, Michigan, Maryland, and South Carolina, school boards that were previously in control of progressives flipped to conservative control in a number of counties. Parental rights advocacy groups like Moms for Liberty and the 1776 Project reported that candidates they endorsed saw widespread victories.

In the North Star State, the Minnesota Parents Alliance, a pro-parental rights organization that was founded only nine months before the election, announced that candidates that they had backed had won 49 school board seats across the state, including in 15 of the 19 school districts where they concentrated their resources.

In Wake County, N.C., a number of parents of schoolchildren won their school board races. Wing Ng, the father of a child with Down syndrome, a Christian, and a brain specialist, became a school board candidate after he pulled his child out of public school because of a lack of quality service. “I know what is best for her, and I know her potential better than anyone else,” he said. “I fully support every parent’s right to advocate for what is best for their children.”

Cheryl Caufield, a mom of two children, also won her school board race in Wake County. “Our children are suffering both academically and mentally,” she stated on her campaign website. “We need to reflect on systems that worked, and create a set of policies that focus on our student’s needs, without politics and hidden agendas in their lesson plans.”

Meg Kilgannon, senior fellow for Education Studies at Family Research Council, expressed optimism that candidates who are parents and are strong advocates for parental rights will bring reform to the public education system.

“[This] shows that we have well-qualified, quality candidates (now elected school board members) who are in fact ‘experts’ on issues that education bureaucrats ignore or get wrong,” she told The Washington Stand. “What a tremendous blessing we are seeing, of parents rising up to effect change. May God bless their service! Please remember them, and all others across the country, in your prayers.”