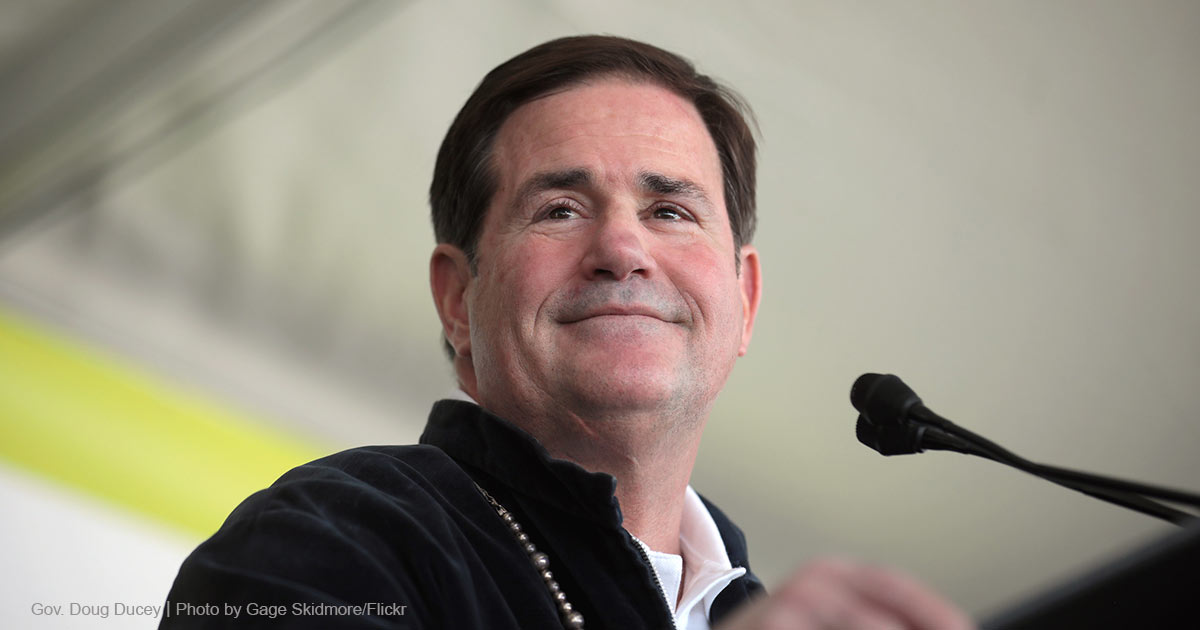 On July 7, Arizona Governor Doug Ducey (R) signed legislation into law that vastly expands the state’s Empowerment Scholarship Account (ESA) program to every student in the state. The bill is being seen by many education experts and lawmakers as model school choice legislation for other states to follow.

“With so much progressive policy exported from western states like California, Oregon, and Washington, it’s great to see Arizona setting a different example which honors parents and taxpayers,” Meg Kilgannon, senior fellow for Education Studies at Family Research Council, told The Washington Stand. “Programs that fund children and families instead of schools and systems are an important part of reforming the American educational system. We live in the greatest country in the world and our children deserve the very best.”

Corey DeAngelis, a senior fellow for the American Federation for Children, echoed this sentiment. “Arizona has figured out how to fund students instead of systems, and now solidly leads the nation in educational freedom.”

The bill, which is being described as “the most expansive school choice legislation in the nation,” will give participating students up to $6,500 per year to use for educational purposes outside of public school, including private school, homeschooling, tutoring, or other education needs.

“This is a monumental moment for all of Arizona’s students. Our kids will no longer be locked in underperforming schools. Today, we’re unlocking a whole new world of opportunity for them and their parents,” Ducey said in a statement. “With this legislation, Arizona cements itself as the top state for school choice and as the first state in the nation to offer all families the option to choose the school setting that works best for them.”

“In Arizona, we fund students, not systems, because we know one size does not fit all students,” added State House Majority Leader Ben Toma (R).

The school choice movement has gained considerable momentum over the last two years. During the COVID pandemic that caused schools nationwide to close and go virtual, many parents got an inside look at the content that their children were being exposed to in public school for the first time. Many were disturbed by what they saw, with highly controversial subjects like critical race theory and transgender ideology being taught in what critics say were age-inappropriate ways.

Homeschooling rates subsequently doubled during 2020, and the practice has continued to rise since then.

Encouraged by these rulings, grassroots movements have recently sprung up to encourage churches to start their own schools, as Joseph Backholm, senior fellow for Biblical Worldview at Family Research Council, has advocated for. “We cannot offset 35 hours a week in a secular culture with 90 minutes on Sunday,” he wrote in 2020. “The church must end the habit of outsourcing the education of kids and once again become the greatest influence in the lives of our children.”

For years, Democrat lawmakers have consistently criticized school choice legislation, arguing that they rob the public school system of critical resources. Save Our Schools Arizona, a special interest group, declared that Arizona’s school choice law will “destroy our public education system as we know it.”

Kilgannon strongly disagreed. “The public education system is there to serve the needs of the public, meaning children and families,” she observed. “The school system is there to serve us. It should be the most responsive and flexible of all public institutions. Claiming that school choice will ‘destroy the public education system’ shows you that the people who run the system are more worried about the system itself, rather than what the system achieves, or the service it renders to children and families.”

“Expanding Empowerment Scholarship Accounts (ESAs) to every Arizona family gives students and parents the full range of educational options to help them pay for the educational environment that best suits their family’s needs,” Cathi Herrod, president of the Center for Arizona Policy, told The Washington Stand. “Everyone benefits from increased competition, making it a win for both public and private school families.”