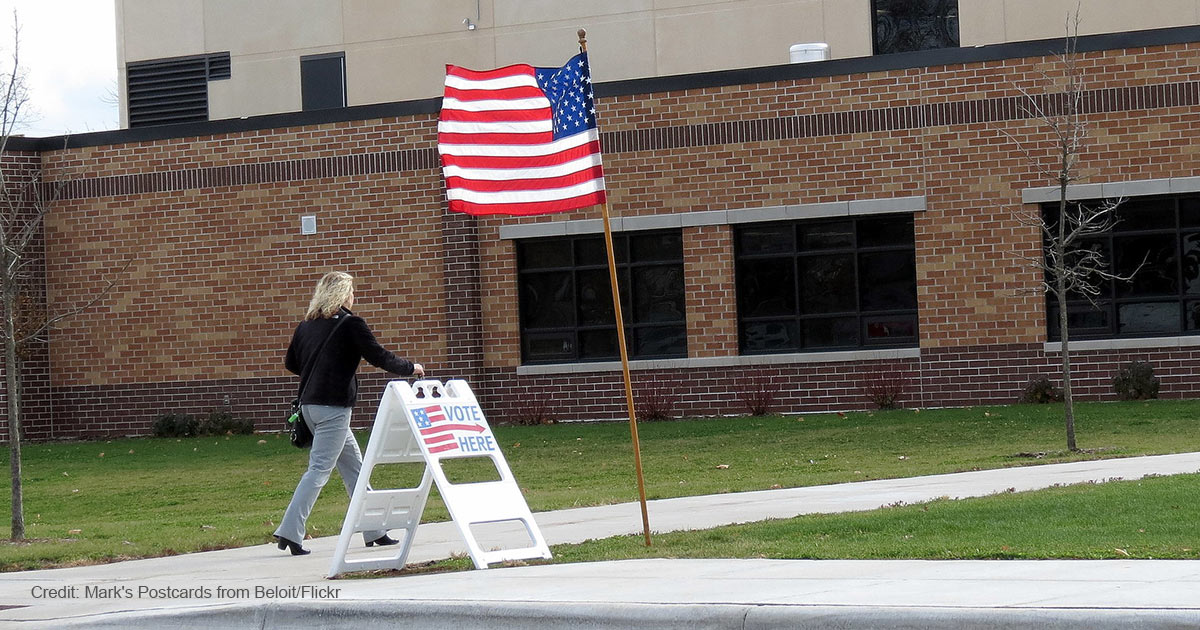 As Midterms Near, Warnings against Conservative Voter Complacency Emerge

With November’s midterm elections just eight weeks away, Democrats are seeing President Biden’s recent sharply-worded rhetoric and abortion rights as rallying points to make the midterm elections close, which have been expected for months to go the GOP’s way. Meanwhile, warnings are emerging that conservative voters cannot afford to rest easy on predictions of a comfortable victory in November.

On Tuesday’s edition of “Washington Watch,” Family Research Council president and host Tony Perkins was clear about the strategy behind Biden’s “Soul of America” speech and the need for urgency among conservative voters.

“[T]his was in part about voter suppression [with] all this stuff about ‘MAGA Republicans’ and basically marginalizing [and] demonizing anyone who would vote conservative,” he said. “And so what do people do? They back up. They don’t vote. Well, that’s the last thing you need to do. In fact, we need to redouble our efforts when it comes to voter registration, voter education, and voter turnout. [W]e need … a blitz at the polls in November to overwhelm the shenanigans that we know they’re going to be engaged in.”

“[T]his is such an important election for us to be engaged,” he commented. “We have got to get out and vote. … But I cannot think of an election where there have been this many levels of races on the ballot that are this important. We talk about the Senate being split 50/50. We talk about just six votes in the U.S. House deciding the majority. But then you look at these state races and now with the post-Roe v. Wade environment, these legislatures and governors are having a huge opportunity to advance pro-life legislation. You look at school boards, you look at secretaries of state with the election integrity issue surfacing — every single level is high stakes. And we absolutely can’t take the bait and be intimidated. We cannot sit this one out. It’s too important.”

Perkins further elaborated on how the recent success of the pro-life movement, which culminated in the overturning of Roe in June, is analogous to other significant moments in history which should be a warning against taking anything for granted.

“Nor can we kind of rest on the success of our efforts over the last 49 years that’s led to the Dobbs case,” he explained. “It’s kind of like D-Day — the huge success — [the] largest amphibious assault in the history of warfare, [which] put the Germans on their heels. But then within just a couple of months, the Germans had regrouped and had put the Allied forces on their heels, and the Battle of the Bulge ensued. And I think this is very much the same. I think we cannot be overconfident here that we’ve won this major effort when it came to the sanctity of human life. Yes, it’s been years in the making. Yes, a lot has gone into that … but the work is far from over. We need to be registering people to vote in our churches. We need to be educating them [about] what’s on the ballot and turning them out.”

Keilen concurred and underscored his prediction of a close election.

“I think the Senate is going to be close,” he noted. “In my opinion, there’s probably five key U.S. Senate races that are a toss up right now. That’s going to be very, very important if you’re in one of those states. But the U.S. House level [is] also important. Most experts … are still predicting that the GOP will take the House. I’m seeing guesses anywhere between 20 to upper 30s in terms of number of seats. But … anything can happen between now and that first week in November … you can’t take anything for granted right now.”

Keilen went on to emphasize the importance of increasing voter registration. “It’s kind of astounding when you realize how many millions of people, millions of Christians still are not even registered. They can’t even participate in the process.”

Perkins agreed. “What we can control is our own engagement in the process. We can be registered and we can be voting. We can be informed first and then we can vote. … As Americans, we have a right to vote. But I believe as Christians, we have a responsibility to vote.”