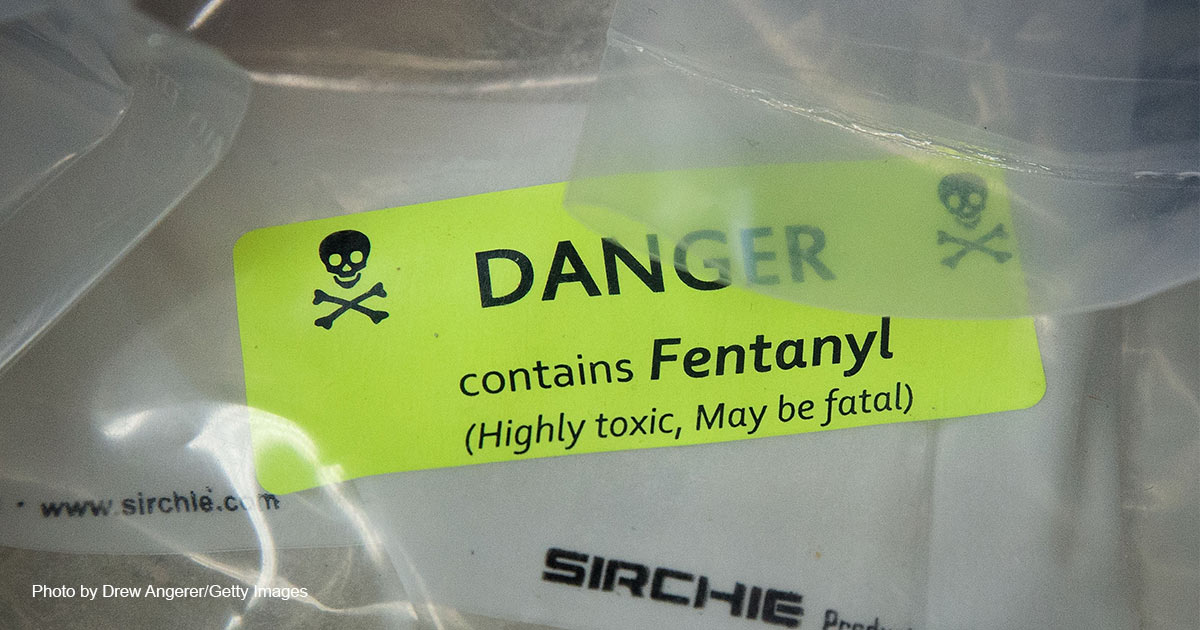 Last month, U.S. Customs and Border Protection seized record-breaking amounts of fentanyl being smuggled across the southern border from Mexico. In July alone, they confiscated upward of 2,100 lbs of the illicit synthetic opioid, which is 203% higher than the amount in June.

Per the Drug Enforcement Administration, a lethal dose of the drug is approximately two milligrams, which means that in July alone, the fentanyl seizures amounted to enough doses to kill every American, according to the Washington Times. In 2017, as a priority of the Trump administration, the Department of Health and Human Services (HHS) declared the Opioid Crisis a public health emergency, as the potent narcotic continued to claim American lives through addiction and overdose deaths.

Pharmaceutical companies began providing the drug in the medical world as a painkiller in the nineties. Increasingly, prescriptions and overprescriptions lead to patients becoming addicted to the substance and abusing it. The illegal form of fentanyl is often mixed with other potent substances, causing it to be very deadly.

“We have a real public health crisis crossing our borders when there is enough fentanyl in our country to kill every American,” Lora Ries, The Heritage Foundation’s director of the Border Security and Immigration Center, told The Washington Stand. “Fentanyl is the number one killer of young Americans aged 18-45. Not one more parent should have to suffer the loss of their child to a counterfeit pill laced with fentanyl.”

Unfortunately, many do. HHS reports sobering numbers on the opioid epidemic in the United States: In 2019, fentanyl overdoses killed 70,630 people. Everyday, fentanyl kills an average of 115 Americans.

With a recent court order to overturn Trump-era Remain in Mexico Policy (Migrant Protection Protocols, or MPP) enacted at the start of August, some believe that the Biden administration’s handling of the southern border is enabling the trafficking of lethal drugs like fentanyl from Mexico. Ries continued to TWS, “Ending Remain in Mexico means even more illegal aliens will cross the border, including ”gotaways.” This means more fentanyl can cross the border as border agents are further outnumbered and pulled off the line to process illegal aliens into the U.S.”

As the fentanyl continues to flood over the border, Christians and their churches have the opportunity to engage with those whose lives have been affected by the brokenness accompanying drug usage, addiction, and death. Shannon Royce, former director of HHS Faith and Community Office, told TWS, “As Christians, we’re all about the gospel,” Royce said. “But you’re not going to get the chance to share the gospel with someone if you don’t first keep them alive. So job one is to keep them alive. And then you might have the chance to share the gospel.”

Gary Blackard, the president and CEO of Adult & Teen Challenge USA, agrees. His organization is a Christian non-profit dedicated to helping individuals struggling with addictions of all kinds — including drug abuse — find freedom and recovery. He explained to TWS that Christians have a unique opportunity to bring hope in these circumstances, amidst the raging opioid crisis and increase in fentanyl abuse.

“Far too many are dying from addiction, and it doesn’t stop outside the church doors. Addiction permeates all areas of life including the pews and pulpits inside the church. We, the church, must rise with the compassion of Christ and engage with those who are hurting, each a struggling soul wanting more. Those in addiction are told to use clean needles or perhaps go into local clinics to shoot up so they can be watched for overdose. While these efforts may save lives, they offer no hope. As a church, our faith in Christ requires action. Let’s put hope within reach of everyone."