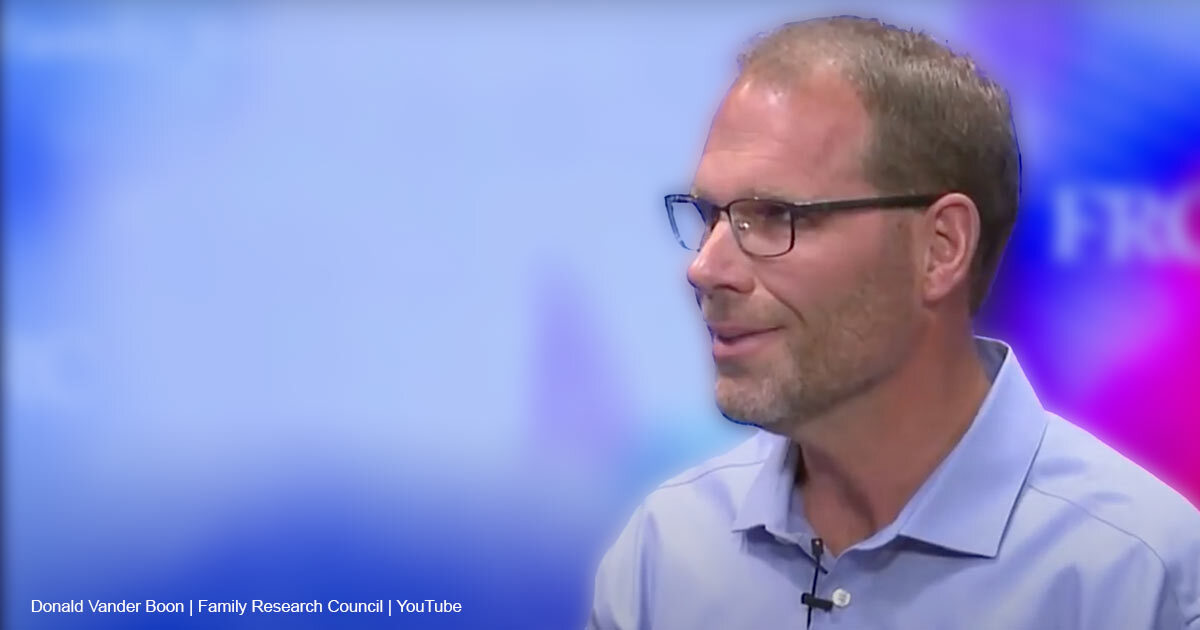 As the Senate considers the “Respect for Marriage Act,” a bill that would codify the right to same-sex marriage into federal law, dozens of conservative groups representing millions of Americans have expressed grave concerns that the legislation will imperil the religious freedom rights of Christians and those of other faiths who believe that marriage is a sacred bond established by God that is reserved for one man and one woman. Ordinary business owners like Donald Vander Boon have already experienced what life can be like when their beliefs about marriage run afoul with the federal government’s view.

Vander Boon operates a family-owned meat packing plant in the small town of Hudsonville, Mich., just outside of Grand Rapids. In an exclusive interview with The Washington Stand, he described what happened in the summer of 2015 after the Supreme Court struck down state laws barring same-sex marriage in the Obergefell v. Hodges decision.

“West Michigan Beef Co. LLC is a USDA-inspected establishment with three full-time USDA employees at the facility. Our break room/locker room at the time of the Obergefell ruling was in the path of travel for USDA inspectors walking from their office to the production area. The breakroom had several tables and people would bring in newspapers and other reading materials nearly every day. I would put various Christian reading materials on the table if I felt they were helpful.

“One day, after the Obergefell ruling, I received an email listing 10 reasons why we should not support same-sex marriage. I liked what I read so I printed it out and placed it on the break room table. A USDA inspector walked through and read the paper and immediately raised the alarm with his supervisor. The paper I set out was determined to be unacceptable to the USDA because it discriminated against gay individuals and could be considered offensive. I didn’t know the [USDA] employees had just undergone training in this as part of the Obama administration push to normalize gay marriage.

“The supervisor came and read the paper and then took it to his office and called his boss, the circuit supervisor. Within a couple of hours of putting this reading material on the break room table, I was told that I needed to come to my office right away. In my office was the circuit supervisor and the plant supervisor of the USDA holding the paper I had printed out. They informed me that this was unacceptable material now, and if I didn’t remove it, the USDA would withdraw their employees from the facility and effectively shut the business down.

“I argued with them to no avail and finally agreed to remove the paper. I filed a formal complaint with the USDA Chicago district that we are part of and then waited for an answer. I also wrote letters to my U.S. representative and to my two senators. The USDA never did give any resolution via the complaint process. They stalled and passed the complaint to a different department and soon I couldn’t even get anyone to answer my calls.

“Providentially, Alliance Defending Freedom (ADF) heard about the situation and agreed to represent the company and pursue resolution. Eventually, President Trump signed an executive order regarding religious freedom that directly addressed my situation, and it was resolved temporarily. The situation can change at any time with a new presidential order.”

Despite the uncertainty, Vander Boon expressed gratitude for how he has seen divine providence through the experience.

“I have seen God at work both when I had an opportunity to witness for religious freedom and when I treated the USDA employees with respect and kindness even though they knew I was very upset,” he told TWS. “When I was interviewed by Tony Perkins in Washington, I found out upon my return that the USDA officials in my facility were watching the video that was produced and shar[ed] it with my employees! We maintained good relations throughout the time involved and by God’s grace it was resolved without a lawsuit.”

Vander Boon’s story is similar to dozens of other Christian citizens who have had their businesses and jobs targeted as a result of their biblically-based belief in natural marriage. So far, West Michigan Beef Co. has been able to avoid any loss in business because of Vander Boon’s stance, but others cannot say the same.

In 2015, Aaron and Melissa Klein’s family-owned bakery Sweet Cakes by Melissa was fined $135,000 by the State of Oregon for declining to craft a wedding cake for a same-sex wedding because of their Christian beliefs. During the ensuing legal battle, the Kleins were forced to close their business. First Liberty Institute is currently appealing the Klein’s case to the U.S. Supreme Court.

Still, the Kleins have remained steadfast in their faith despite the hardships.

“It has drawn us so close to God and helped us to trust Him in ways that we never have before,” Aaron said. “Standing on His Word is worth any trial you could ever possibly be put through.”

Barronelle Stutzman, whose floral shop was sued by the Washington State Attorney General for declining to arrange flowers for a same-sex wedding, recently described the almost decade-long legal battle that followed and the faith that grounded her through it all, despite ultimately losing her court case.

“What followed were lawsuits filed against me and a concerted effort to either force me to change my religious beliefs or pay a devastating price for believing them including being threatened with the loss of my home, my business, and my life savings,” she said in a public letter. “The confrontations have led me on a long and winding nine-year journey through the legal system, though it was a journey where Jesus Christ walked with me every step of the way.”

Meanwhile, Donald Vander Boon is thankful for the supportive team he has around him at West Michigan Beef Co., but remains under no illusions with regard to the potential ramifications that the Respect for Marriage Act would have for religious business owners and employees if it passes the Senate and is signed into law.

“The management team impressed me with their courage,” he told TWS. “They encouraged me to pursue this resolution even though they knew it could cost them their jobs. It strengthened me to know they were supportive. I learned that freedom is easily lost and the decision by the Supreme Court about marriage was not just about marriage — it affected many areas of religious freedom. This new legislation being proposed would codify the abuse of power and infringement on freedom that I experienced.”