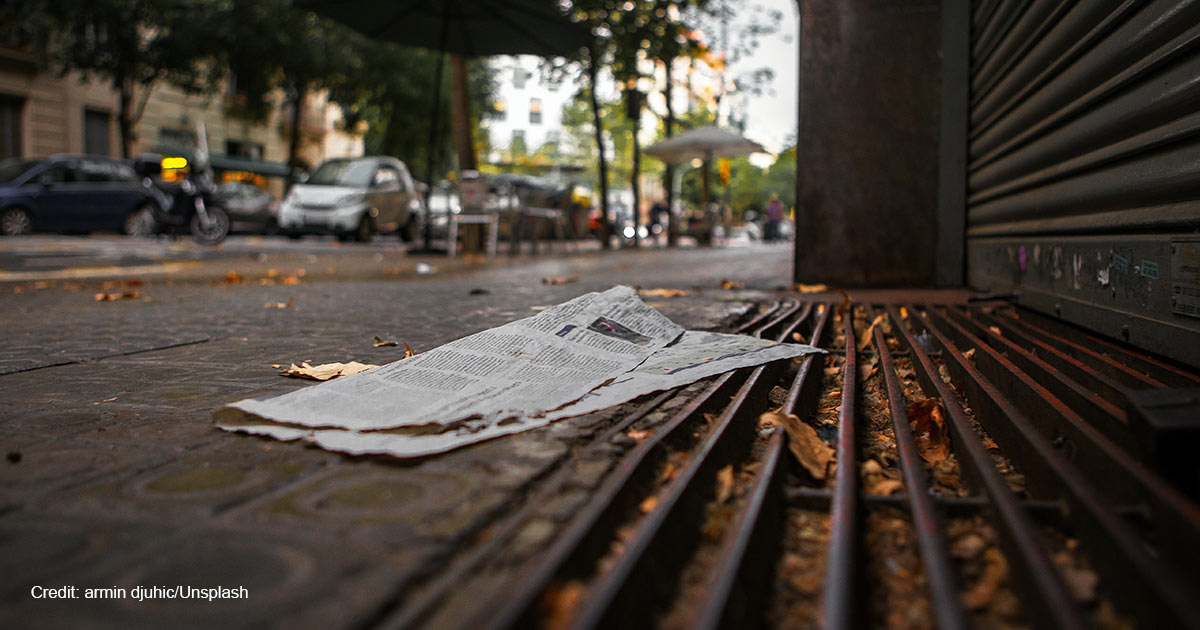 A new poll released Monday revealed that public trust in mainstream media outlets like The New York Times, The Washington Post, NPR, CBS News, etc. is at an all-time low. Meanwhile, a number of legacy outlets have recently announced that they will be slashing hundreds of jobs in an effort to cut costs.

The I&I/TIPP survey showed that 61% of respondents had “no trust” in traditional media, with 32% indicating “little trust” and 29% expressing “no trust at all.” The numbers mark a “record low” for the poll, which is conducted every month. The survey also looked at political affiliation, which found 54% of Democrats saying they trust legacy media, with 42% indicating no trust. On the Republican side, just 15% said they trusted the media, with 81% saying they did not.

The findings largely mirror other recent poll numbers on the public’s confidence in media. A Gallup survey of U.S. adults from October found an even higher percentage of respondents saying they had virtually no trust in media, at 66% (28% with “not very much confidence” and 38% with “none at all”). Gallup noted that the poll results were just two percentage points higher than the lowest numbers on media trust it had ever recorded in 2016.

The low poll numbers suggest a connection to recent news of legacy media layoffs. The Wall Street Journal reported on December 3 that Gannett Co., which publishes USA Today along with over a dozen other local newspapers, is currently in the midst of laying off over 200 staff, which is in addition to 400 job cuts that the company made earlier in the year. CNN is currently in the midst of laying off hundreds of employees and will also end live programming on HLN (formerly Headline News). The Washington Post announced on November 30 that they will halt publication of their Sunday magazine and lay off staff. A budget shortfall at NPR is causing the organization to seek $10 million in cuts.

The downsizing trend is not only affecting news media but entertainment media as well. Warner Bros. Discovery, Paramount Global, Disney, and AMC Networks Inc. all recently announced the slashing of hundreds of jobs in an effort to curb costs.

“We’re obviously undergoing a seismic shift in the way people consume media,” he told TWS. “The trend has been growing for a number of years, but the curve is certainly accelerating. The trust people have in what once was known as ‘the fourth estate’ has eroded — at least at the institutional level.”

Bridges went on to note the proliferation of alternative media outlets and innovation occurring in the media sphere.

“We’re now seeing reporters self-publishing on platforms like Substack, and even breaking and reporting stories on Twitter without any publishing umbrella,” he observed. “Where the institutional media has failed the public, alternative media outlets see opportunity, and are seeking to fill that much-needed void.”

Substack, a subscription platform launched in 2017 that allows writers of any political persuasion to send digital newsletters to and offer exclusive articles to paid subscribers, has seen its subscriptions grow from 11,000 in 2018 to over one million.

New media outlets that cater to a specific audience’s worldview are also seeing significant growth. The Daily Wire, a conservative news and commentary site that launched in 2015, announced in February that it is now a $100 million a year business.