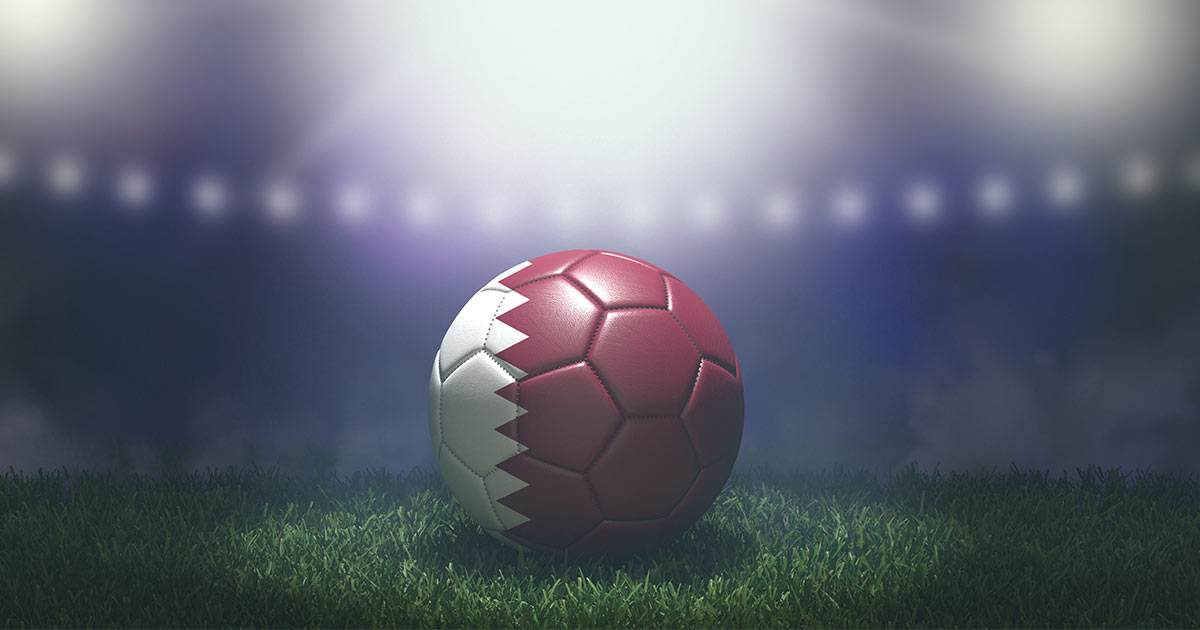 As the World Cup soccer tournament kicks off this week — the most watched sporting event in the world — host country Qatar has come under increasing scrutiny because of its restrictions on religious freedom and the human rights violations committed there in order to prepare for the tournament.

The constitution of Qatar, a tiny Arab country that lies in the Persian Gulf on the border with Saudi Arabia, stipulates that Islam is the state religion, and that conversion to another religion is illegal. Houses of worship for other religions are only allowed to exist with state permission. In preparation for the World Cup, the Qatari government has made gestures toward increasing religious freedom by donating a plot of land for Christian churches to be built. But as Open Doors USA has reported, “this is the only compound allotted for building churches in the whole nation, so the complex is now overcrowded.” Christians are only allowed to worship within this compound, and Qatari law bans public worship of any other faith other than Islam.

In addition, it is illegal for Christian churches to evangelize or display religious symbols, and private house churches are also banned. For native Qataris who do convert to other religions besides Islam, it is particularly difficult to practice their faith. In Qatari culture, converting to a faith besides Islam is seen as a betrayal to one’s family and family honor. In addition, converts are scrutinized and intimidated by police and can often face the loss of their jobs, societal ostracization, and even lose custody of their children.

The human rights record of Qatar has also proven to be extremely controversial. The country, which is made up of about 2.6 million people (of which only about 300,000 are native Qataris) relies on a migrant labor population of 1.7 million people (90% of the workforce) to do much of the manual labor. During the 10-year build up to the World Cup, in which $300 billion was spent to construct eight state-of-the-art soccer stadiums along with a massive amount of infrastructure, The Guardian has reported that approximately 6,500 migrant workers died due “to poor safety conditions, working too many hours in the intense Qatari heat and unacceptable living quarters.” The New York Times recently reported on the brutal and extreme working conditions that hundreds of thousands of Nepalese migrants underwent.

A rare public display of the Christian faith occurred on the soccer field on Sunday when the Ecuadorian team celebrated a goal against Qatar in a circle with their hands pointed to the sky. At the end of the game, the team marked their win by kneeling and “giving glory to Jesus,” according to journalist Sachin Jose.

The religious liberty and human rights conditions in Qatar illustrate rising concerns internationally. According to a new report, persecution of Christians is increasing in at least 18 countries in Africa, the Middle East, and Asia “due to growing jihadism and nationalism.” According to Open Doors USA, one in seven Christians worldwide experience “high levels of persecution,” which equals about 360 million Christians.

Arielle Del Turco, assistant director of the Center for Religious Liberty at Family Research Council, pointed to the hesitancy of the legacy media to draw attention to religious freedom problems in the country.

“The mainstream media has been quick to raise concerns in advance of the World Cup in Qatar, but what they’ve often overlooked are religious freedom conditions in Qatar,” she told The Washington Stand. “Qataris who convert to Christianity are in danger from their community. Christians face a great deal of restrictions, including those regarding evangelism and where they might worship. Furthermore — migrant workers — some of whom are Christian, are routinely treated inhumanely and forced to work in terrible conditions. Many of them end up dying on the job.”

“While international attention is drawn to the World Cup, now is the time to be raising awareness on these issues,” Del Turco concluded.