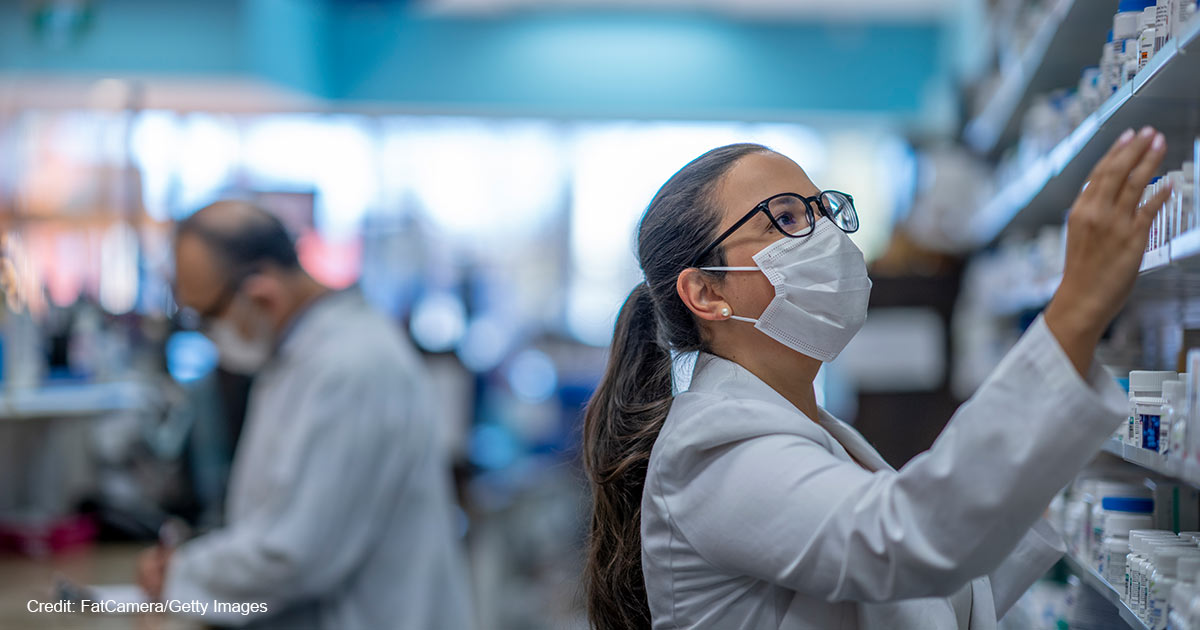 The FDA’s January 3 announcement left Christians, and others who believe in the sanctity of the unborn, uneasy about the regulation’s impact on pro-life pharmacists. Federal law requires employers to make all reasonable accommodations for religious employees to live out their faith-based convictions on the job. But pro-life advocates say an administration that tramples the right to life also illegally disrespects constitutionally protected rights of conscience.

“Unfortunately, [conscience] law is enforced only by HHS and now is dominated by Secretary [Xavier] Becerra, who was an abortion radical,” former Trump administration Director of HHS’s Office for Civil Rights Roger Severino told “Washington Watch with Tony Perkins” Friday. “He was in my crosshairs when I was enforcing conscience laws and he was attorney general of California. And now he is the fox guarding the hen house.”

“They are not enforcing conscience protection laws whatsoever,” Severino told guest host and former Georgia Congressman Jody Hice, who now serves as a special assistant to Perkins. “It is shameful.”

CVS and Walgreens, which employ a combined total of 625,000 people, confirmed last Tuesday that they plan to complete the FDA’s certification process to distribute the abortion drug mifepristone. Thus far, CVS said only that it will comply with pro-life conscience laws as deemed necessary by law.

“Under federal and state law we must reasonably accommodate a religious conviction, and for some states we must accommodate moral, ethical, or conscientious objections that may prevent a pharmacist from filling specific medications. In such instances, the pharmacist is required to notify us in advance about such a religious conviction, so that we can ensure there are other arrangements in place to ensure the patient’s medication needs are promptly satisfied,” Amy Thibault, lead director for external communications at CVS Pharmacy, told the Catholic News Agency.

CVS added that it will not allow pro-life employees’ deeply held beliefs to stop them from distributing abortion pills. “We have policies in place to ensure no patient is ever denied access to medication prescribed by a physician based on a pharmacist’s individual religious or moral beliefs,” Thibault added.

But the Biden administration put its thumb on the scales in July with an HHS guidance warning pharmacies they will face stiff, legal “corrective action” if they refuse to facilitate medication abortion by dispensing the abortion-inducing drugs and instructing customers “how to take them.” Pharmacists who refuse to comply may face charges of discrimination against “women or pregnant people,” the document stated.

Walgreens and CVS are “probably going to force their employees to go along with” distributing abortion pills, “and they should be held accountable to federal law if they do,” Severino told Hice. “That’s why we need” the Pharmacist Conscience Protection Act, “so that individual pharmacists aren’t being forced to assist in the taking of human life. We’ll get protection and go to federal court and sue their employers.” The bill, introduced by former pharmacist Rep. Buddy Carter (R-Ga.), allows Christian pharmacists to initiate litigation against companies that disregard their civil rights.

“A pharmacist should have the right to deny filling a prescription if they know that it’s going to be used for an abortion and if they morally object to that,” Carter told Perkins last July. “I call on the Biden administration to immediately withdraw this outrageous assault on pharmacists’ conscience rights and to stop treating the Constitution like its own political chew-toy!”

Rather than protect constitutional rights, the Biden administration made a bureaucracy-wide push to expand the reach of abortion-inducing pills in the wake of last year’s Dobbs ruling.

This week, the Office of Legal Counsel issued a near-simultaneous opinion that pharmacies and abortionists sending abortion pills through the mail do not violate the federal government’s Comstock Act, if “the sender lacks the intent that the recipient of the drugs will use them unlawfully.” Legal scholars promptly pointed out the OLC’s ruling does not apply to state laws against shipping abortion-inducing pills, and an investigation could easily uncover that the sender knew the user’s intent to break state pro-life protections. “Shippers of abortion drugs proceed at great risk,” said Ed Whelan of the Ethics and Public Policy Center. Violators, he said, could be found guilty of violating federal RICO statues if they send abortion pills through the mail twice. Each violation could yield a 20-year prison term, and the law’s five-year statute of limitations possibly sets the date of reckoning into a future Republican administration.

“This administration seems to stop at nothing to tear down the rules that had helped protect women from this drug,” said Steven Aden, general counsel at Americans United for Life.

The FDA also “clarified” this week that Plan B (levonorgestrel) does not induce an abortion, although FRC has noted, on the basis of numerous studies, that the “morning-after pill” may potentially act “by inhibiting implantation of a fertilized egg in a women’s uterus.”

“This is terrible for our culture, not to mention the thousands of innocent human babies whose lives will be lost and the mothers who will be scarred because of this dangerous change in safety protocols,” Severino concluded.