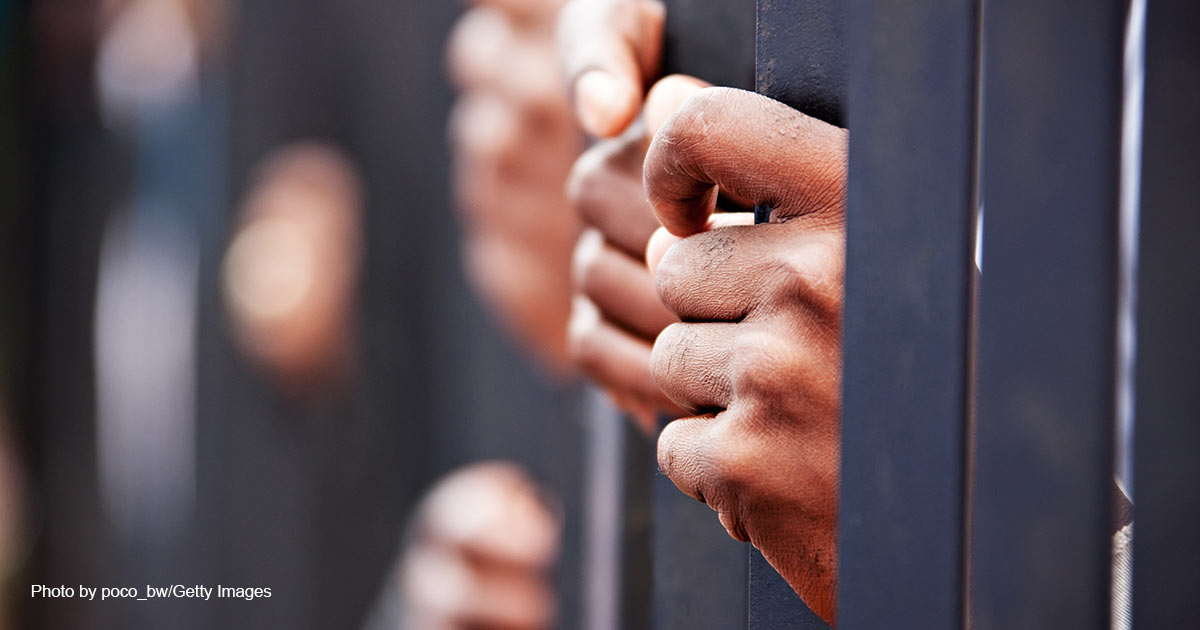 “It is incredibly lonely beginning your gender transition inside of a men’s prison,” wrote a convicted carjacker and killer in 2020. Transferring to a female prison seemed to cure his loneliness. Prison officials announced the transgender prisoner impregnated two women at the Edna Mahan Correctional Facility for Women in April.

Demetrius Minor, who now goes by Demi, received a 30-year prison sentence after confessing he pointed a .45 caliber Glock handgun at a woman and stole her vehicle on May 29, 2011. On July 11, Minor broke into the home of his former foster father to steal money, something he had reportedly done many times in the nine months since leaving the home. This time, 69-year-old Theotis Butts struggled, and Minor stabbed him repeatedly until Butts bled to death.

While he was in prison, the ACLU and another male convict who identifies as transgender sued the state of New Jersey for the right to be housed in a female prison. The state says it agreed to do so for one year. “This is really historic,” said Tess Borden of the American Civil Liberties Union of New Jersey. “It’s something New Jersey should be proud of.”

During that year, Minor transferred to a female facility, where the pregnancies took place.

“Reasonable people obviously wouldn’t allow this to occur,” Rep. Greg Steube (R-Fla.) told “Washington Watch with Tony Perkins” on Monday. “But we are in a different world today, where we have the Biden administration running things as it relates to our federal prison system,” as well as governors instituting similar policies in “liberal states.”

New Jersey amended its policy and placed Minor in the all-male Garden State Youth Correctional Facility, where he feels much less affirmed. Minor said officers refused his request to be “strip searched by a female officer, which I felt comfortable doing” and used the pronouns he or him “well over 30 times” in his presence. “The Demi, who wants to wear make-up and hangout with her friends is not permitted here,” Minor complained in an online journal last Friday. “This is the hell that NJDOC wants to put me through.”

Minor’s case is far from the first to highlight the perils of housing male criminals — in some cases, convicted rapists and sex offenders — in women’s penitentiaries.

During the COVID-19 lockdowns in September 2020, California’s Democratic Governor (and potential 2024 presidential candidate) Gavin Newsom signed a law (S.B. 132) requiring the state to house inmates according to their gender identity, rather than their biology. Last year, inmate Krystal Gonzalez sued the state after reporting she had been raped by a transgender man whom prison officials transferred to her unit. At one point, so many male inmates entered the California Institute for Women that officers began distributing condoms in the restrooms, saying it seemed like “the right thing to do given the current makeup of the population.” They later halted the program.

On February 8, 2021, a Rikers Island prisoner named Ramel Blount (who now goes by the name Diamond Blount) forcibly raped a female inmate in the shower. Blount entered a guilty plea and was sentenced to seven years in prison.

In January, a female former convict in the Pacific Northwest blew the whistle about numerous alleged sexual assaults committed by biological men against women in Washington Corrections Center for Women. Similarly, in 2019, a female prisoner accused a male convict of raping her inside the Logan Correctional Center in Illinois, suing the acting warden and two officers in 2020.

The pattern holds true overseas, as well. In the U.K., a convicted child molester and rapist formerly known as Stephen Wood identified as female, changed his name to Karen White, and received a transfer to a female prison, where he raped two women in September and October 2017.

“I’m sure these inmates know that if they ‘identify as a woman’ that they’re going to get placed into [female] facilities in states like California,” Steube told Perkins. If you’re “male and you want to be with a bunch of females, you just simply say, ‘I want to identify [as] a woman.’ And it doesn’t take much common sense” to “forecast that … you’re going to have rapes in your women prisons.”

Yet it appears the president did not foresee this possibility. In 2019, then-candidate Joe Biden said, “In prison, the determination should be that your sexual identity should be defined by what you say it is, not what, in fact, the prison says it is.” Biden and Democratic congressional leaders favor the so-called Equality Act, which would codify the notion that transgender criminals should be jailed in a facility that matches their gender identity.

With that legislation stalled, the president is taking unilateral action to promote the transgender cause. The Biden administration has offered $1.5 million for a contractor to develop “no less than three start-to-finish programs tailored to the transgender population” inside federal prisons. “Additionally, the contractor must provide training to Women and Special Populations Branch staff on the implementation of the programs,” according to the terms of the grant; that is, the LGBT activist curriculum will instruct women’s prison officials on the proper procedures for admitting males to female prisons. The Biden administration has chosen to spend approximately $1,247 for each of the estimated 1,200 inmates in federal prisons who say they are transgender.

“Why is that a priority when Americans are facing these record high inflation rates, fuel prices through the roof, and this government continues to pursue abortion [and] transgendering America?” asked Family Research Council President Tony Perkins.

Steube vowed that the Republicans’ first order of business will be eliminating expenditures such as this this one if they take the majority after the midterm elections. The appropriations process, which begins in the House, represents “our strongest tool … to rein in the completely progressive, non-mainstream, anti-American agenda that is the Biden administration.”

But that change will come too late for vulnerable women exposed to male predators lurking inside female cellblocks. “There’s a line at which this make-believe world which they’ve created has real-world consequences, and people get hurt,” said Perkins. “We must stand up for truth. We cannot sit on the sidelines and let governments do this.”