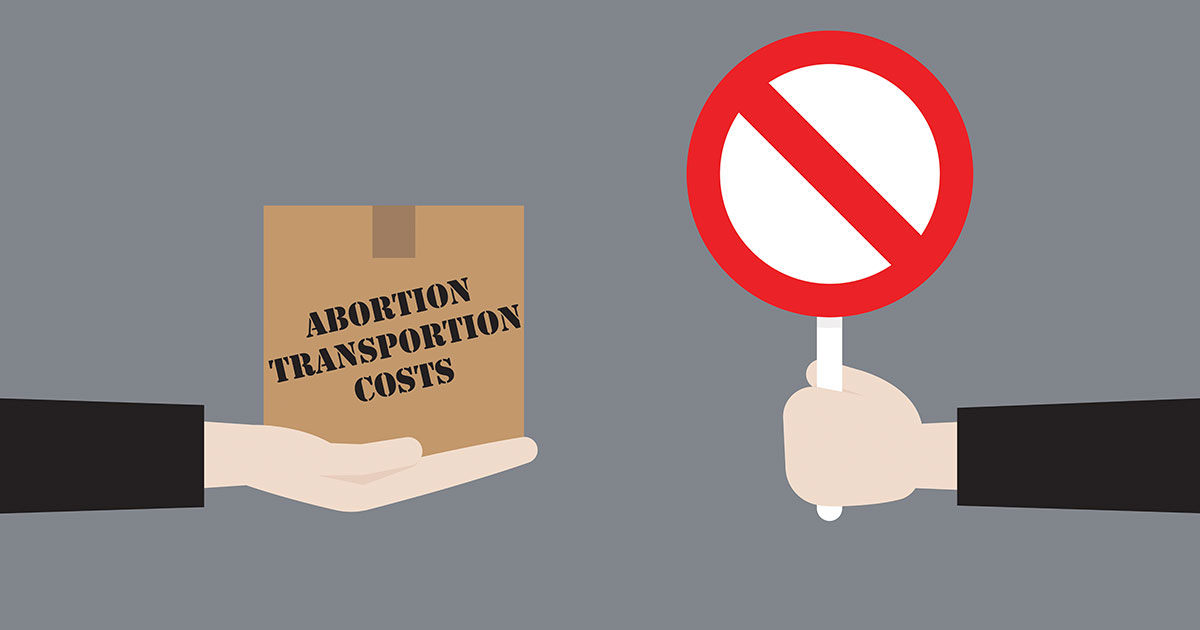 President Joe Biden’s plan to have taxpayers fund the travel of women in pro-life states seeking an abortion in another state may be terminated before it reaches viability.

Republican lawmakers, including a member of House leadership, have introduced a bill to protect Americans from being compelled to underwrite the transportation costs of poor women to receive an abortion in a less protective state. Last Wednesday, Biden signed an executive order instructing the secretary of Health and Human Services to “consider actions to advance access to” abortion, “including, to the extent permitted by federal law, through Medicaid for patients traveling across [s]tate lines for” an abortion.

The “Defunding Abortion Transportation” Act (H.R. 8354), introduced by Rep. Buddy Carter (R-Ga.) and Rep. Elise Stefanik (R-N.Y.), would clarify that the “extent permitted by federal law” is not at all.

The 203-word bill bans politicians from allotting taxpayer funding for non-emergency medical transportation “if such transportation is for providing access to … a service for which [f]ederal financial participation is prohibited.” The Hyde Amendment — which lawmakers first enacted in 1976 and which President Jimmy Carter supported because of the “moral factor involved” — protects taxpayers from being compelled to pay for abortion through Medicaid, except in the cases of rape, incest, or to save the mother’s life.

Legal experts, including the Family Research Council’s Connor Semelsberger, say the courts have not adjudicated whether taxpayer-funded travel of abortion violates the letter of the popular law. But Carter told “Washington Watch” guest host Joseph Backholm on Monday that “there’s no question in my mind it is a violation of the Hyde Amendment,” because the “intent” and “spirit of the Hyde amendment is that no taxpayers’ money will be used for abortion.” The law earmarks federal transportation funding for patients who need help getting to services like dialysis, but “there is not a precedent for allowing taxpayers’ money to be used for the purpose of abortion.”

“This is just the president and the administration, again, trying to protest the decision by the Supreme Court on Roe v. Wade,” said Carter, who called his measure “a commonsense bill.”

“Everyone has the right to interstate travel,” Carter said. “But you do not have the right to use taxpayers funds to travel to get an abortion.”

Carter and Stefanik introduced the proposal more than a month ago, after HHS Secretary Xavier Becerra previewed the possibility of entangling taxpayer funding with abortion travel. Becerra told NBC News the Biden administration had worked closely with Planned Parenthood and others to expand compulsory revenue sources for the abortion industry, including underwriting transportation costs for the industry’s customer base. “We’re going to be aggressive and go all the way,” he told NBC’s Kate Snow on June 26.

When asked how the move would be legal, Becerra instructed, “Talk to me later.” White House spokesperson Karine Jean-Pierre similarly deferred reporters’ questions about its permissibility last week, claiming the legal rationale “is something that HHS will come up with.” She enthused that the decree “paves the way for Medicaid to pay for abortions for women having to travel out of state.”

Biden strongly supported the Hyde Amendment during his six terms as a U.S. senator, when his inconsistent voting pattern on abortion included a 1982 vote for the Human Life Amendment to overturn Roe. But Biden reversed his longstanding support for pro-life financial protections in June 2019, a necessity for anyone who hopes to capture the Democratic Party’s presidential nomination. The last pro-life Democrat to mount a serious bid for the presidency was former Florida Governor Reubin Askew in 1984. The last pro-life Democrat nominated on a presidential ticket, Sargent Shriver, served as George McGovern’s running mate in 1972, the year before Roe.