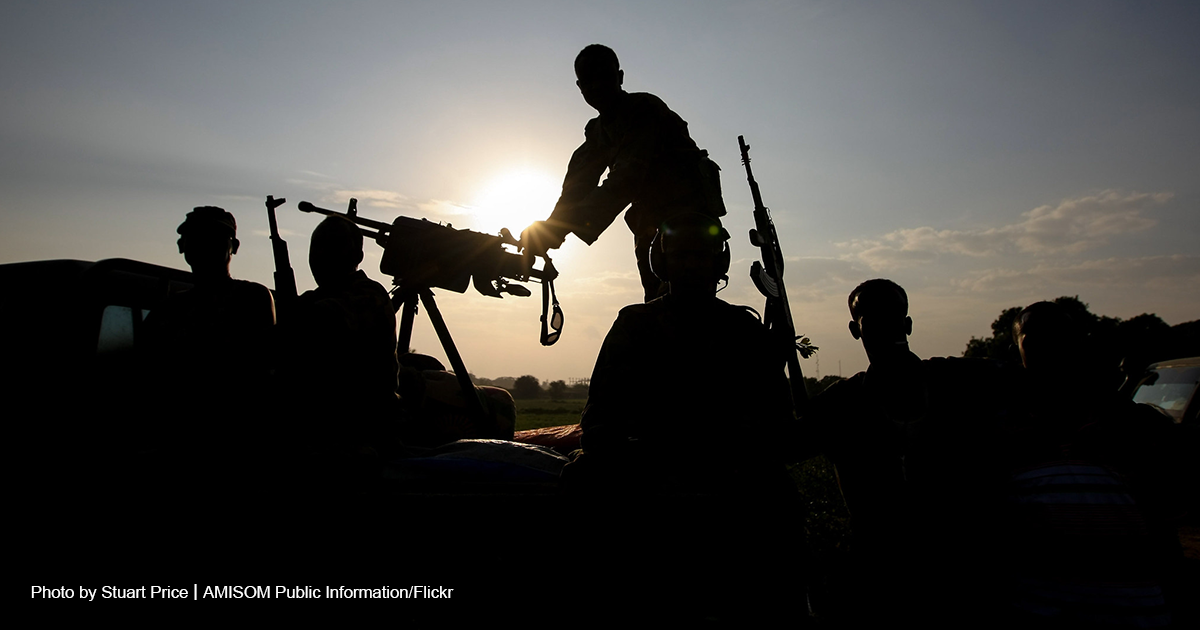 As darkness descended upon Seytenga village in northern Burkina Faso last weekend, gunmen stormed into the community killing at least 55 civilians. This is the latest violent massacre in the west African country, which has seen increased violence from Islamic extremists.

Government spokesperson, Wendkouni Joel Lionel Bilgo, reported that the militants target civilians in Seno province. While no group has claimed responsibility for the overnight attacks, experts suspect that it was carried out by the Islamic State group since they have been occupying the northern region. Although the official death toll is 55, some say as many as 100 died.

During a news conference, Bilgo explained that this is a revenge attack. Last week, 11 armed police officers were killed, prompting a military operation that resulted in the death of around 40 jihadists.

“The bloodshed was caused by reprisals to the army’s actions,” Bilgo said. “The country has been hit but the army is doing its job.”

Burkina Faso, classified as a low-income economy by the World Bank, is enduring an almost seven-year insurgency launched by jihadists entering from neighboring Mali. Nearly 5,000 people have been killed in the last two years alone. The violence has also left two million people displaced.

Frustrated with the government’s inability to curb Islamic extremist attacks many Burkinabé supported the military coup in January. However, once former President Roch Marc Christian Kabore was overthrown by Lt. Col. Paul-Henri Sandaogo Damiba the situation worsened. According to the Armed Conflict Location & Event Data Project, violence linked to al-Qaida and the Islamic State increased by nearly 7% in the first three months of the military takeover compared to the three months prior.

“We are particularly aware that many of these are Christian people who are not only killed but also displaced. And they get driven out by radical Islamists killed and driven out and attacked and mutilated,” explained Lela Gilbert, senior fellow for International Religious Freedom at Family Research Council. We should care very much just on a human basis, but also our brothers and sisters are being abused and driven out of their own homes.”

Premier Christian News reported that churches across northern Burkina Faso are being deserted as Christians flee escalating attacks from jihadist groups. Although the violence does not affect Christians exclusively, there is no doubt that they are “specifically targeted.”

In contemplating possible resolutions Gilbert said, “I wish I had hope, but I don’t, because I don’t think most of the world is very interested in bringing peace there. But unfortunately, these stories don’t really get international attention unless they are a bloodbath.”

Gilbert explained that although France, the nation that colonized Burkina Faso, was involved in fighting jihadists they have since withdrawn troops.

“Africa is a vastly rich and wonderful continent, with wonderful people that are just under assault all the way across the continent,” Gilbert lamented, citing the recent massacre of 50 Christians in Abuja, Nigeria. “This carnage is going to lead to a massive refugee crisis. It already has. But it’s going to be much worse as these countries collapse.”

Violence not only tears families apart, it leaves survivors homeless and hungry. The Associated Press reports that people in northern Burkina Faso are “suffering from no food or water, animals are dying, and the price of grain has spiked.” The border town of Djibo’s population has swollen from 60,000 to 300,000 over the past years as people flee the countryside where most attacks occur.

One of those displaced people is Mamoudou Oumaro a 53-year-old cattle rancher.

The people of Burkina Faso are facing the worst hunger crisis in six years with more than 630,000 people on the brink of starvation, according to United Nations.

“For me, as I look at these things, the first concern is protecting the people from this violence,” said Gilbert. “The second is the ones that are left behind — the mutilated, the widowed, the children with no parents. It’s going to take an international effort.”