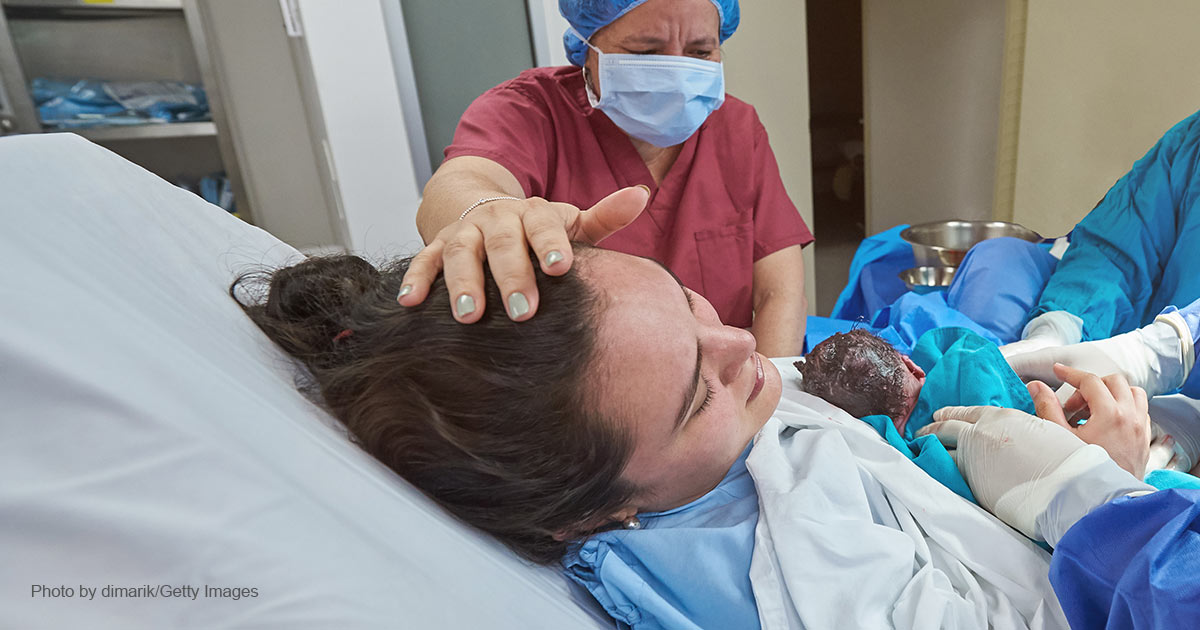 America’s Maternal Mortality Rate Is High, and Not for Lack of Abortion

America is facing a maternal health crisis. Earlier this year, the Centers for Disease Control and Prevention (CDC) revealed that the maternal mortality rate increased between 2019 to 2020. The CDC reported that in 2020, there were 861 deaths due to maternal causes compared to 754 women in 2019 and 658 in 2018.

“Many of the health conditions associated with maternal death, such as preeclampsia, eclampsia, embolism, obesity, diabetes, and high blood pressure are highly preventable with proper care,” explained Joy Stockbauer, a policy analyst at Family Research Council.

This week, U.S. Senator Roger Marshall (R. Kans.), an OB/GYN who has delivered more than 5,000 babies, addressed the maternal health crisis during the Committee on Health, Education, Labor and Pensions (HELP) hearing.

“Overturning Roe v. Wade was a historic occasion that signaled a new beginning for millions of unborn children. Now, the future of saving lives rests with the American people and their elected officials in the states. But this work is not finished. Mothers must continue to have access to services that will support them and their baby throughout and after their pregnancy…” Marshall said.

Democrats often suggest that carrying a child to term is more dangerous than abortion, a fact that Marshall debunked in Tuesday’s hearing. “Abortion is not the solution to maternal mortality,” the doctor insisted. “D.C. has the most lenient abortion laws and one of the highest maternal mortality rates in the country, with women 50% more likely to die from pregnancy-related causes than the average.”

Family Research Council recently published a report titled, “Maternal Mortality: A Case Study in Washington, D.C.” In it, Stockbauer and FRC’s director of the Center for Human Dignity, Mary Szoch, revealed that D.C. has one of the highest mortality rates in the country while also having very few laws to protect life in the womb.

“Our recent case study of maternal mortality in Washington, D.C. — where the maternal mortality rate for black mothers is over 50 points higher than the national average, despite the city having fewer protections for the unborn than any other region in the nation, makes clear that abortion is not the solution,” explained Stockbauer. “Seeking the best for mothers and their babies are not mutually exclusive tasks. It is high time to address the real issues underlying maternal mortality in this nation.”

The Pregnancy Mortality Surveillance System, operated by the CDC, reported that 50% of pregnancy-related deaths occur after the birth of the child. The researchers attributed it to severe bleeding, high blood pressure, and infection. If the mothers received proper care, the CDC estimates that three out of five pregnancy-related deaths could have been prevented.

Additionally, when it comes to health care providers, the United States has the lowest number of midwives and OB-GYNs among industrialized nations. There are only 12 providers per 1,000 live births.

Not only is the maternal mortality rate rising while care providers remain low, but the cost of giving birth is also incredibly high. The average out-of-pocket expense for giving birth while privately insured exceeds $3,000, according to the American Academy of Pediatrics. Last year in Colorado, a hospital sent a mother home with a $14,000 bill for her uncomplicated hospital delivery without an epidural. She was forced to pay $5,000 of the total bill out-of-pocket.

“These numbers are pretty astounding. Having just gone through childbirth and delivery with my wife last month, it is amazing to see how much simple childbirth costs, even with private insurance. I think this highlights just how broken our healthcare system is,” responded Connor Semelsberger, director of Federal Affairs at Family Research Council. “Instead of placing value on the most important element of society, the creation and rearing of new generation of Americans, our health care system favors Big Pharma and the insurance industry rather than families.”

Semelsberger explained that apart from health care providers not having affordable coverage for families, oftentimes pregnant women are not informed on the cost of labor and delivery until after they have given birth and are unable to find a cheaper hospital or doctor.

“It is crucial that the pro-life movement emphasizes caring for the unique material needs of both the unborn and their mothers — which, thankfully, over 3,000 pregnancy resource centers across the nation exist to do,” Stockbauer advised. “Pro-lifers should prioritize making sure that mothers in need have access to healthy food, pharmaceutical care, and hospitals with maternity wards. Providing for these needs is an excellent way of demonstrating respect for human dignity and celebrating the equal value of all human life.”