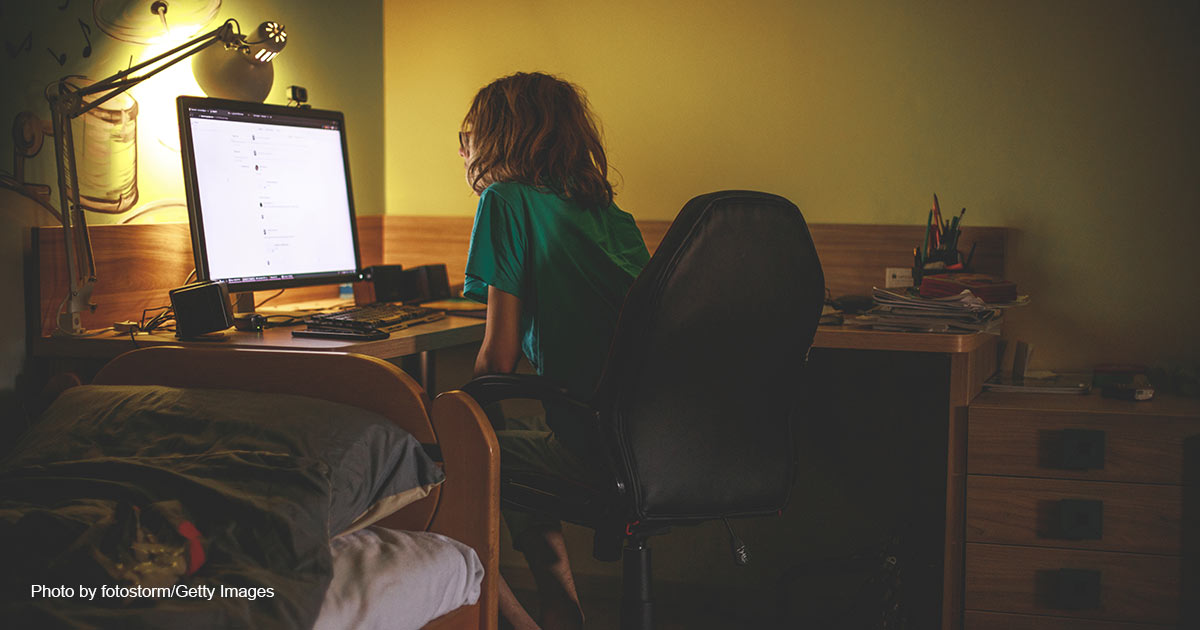 The Centers for Disease Control and Prevention (CDC) has a stated vision of “Equitably protecting health, safety & security.” Yet new revelations show that the CDC’s website links to an online chat space directed at “LGBTQ+ teens” that is facilitated by transgender activists promoting practices that have been shown to permanently harm the health of minors.

Under the “LGBT Youth Resources” section of the CDC’s website, a listing for “Q Chat Space” appears, described as a “LGBTQ+ center where teens join live-chat, professionally facilitated, online support groups.” Q Chat’s website reveals that the forum’s “facilitators” come from an assortment of LGBT activist groups that specifically target youth, including Supporting and Mentoring Youth Advocates and Leaders (SMYAL), JASMYN, Youth Outlook, and others.

As uncovered by Breitbart, the facilitators comprise individuals who are heavily invested in the LGBT lifestyle. They include “Jule,” self-described as “genderqueer, gray-ace, and neurodivergent,” uses “xe/xem, they/them pronouns” and is a 15-year veteran of facilitating “LGBTQIA+ trainings and workshops for a wide variety of industries and audiences.” “Coley” is another facilitator who uses “they/xe pronouns” and self-describes as “nonbinary queer asexual.”

Conversation topics listed on the chat site intended for minors include “Drag Culture 101,” “Sex and Relationships,” “Queer Youth Activism,” “Having Multiple Genders,” and “Gender Affirmation Surgeries,” the latter of which is described as a chat “where you find resources … for your transition.”

Other topics include “self discovery in astrology” and “Queering Tarot,” a practice referring to the use of tarot cards, which are used for occult purposes.

The forum’s site also lists Planned Parenthood as one of three organizations that fund it. Planned Parenthood, the nation’s leading abortion business, has been linked to numerous incidents of cover-ups of sexual assaults on minors. It also has a notable financial interest in recruiting minors to undergoing gender transitions — the business offers hormone therapy to 16 and 17-year-olds.

In a further detail that is raising eyebrows among experts because of the perceived intent to hide the use of the forum from parents, the chat site features a prominent “quick escape” link along the bottom of the webpage, which a user can quickly click to exit the site (which is directed to the Google homepage).

This site feature coincides with directives made by a “Supporting Gender Diversity Toolkit” form meant for school officials to use, which is sponsored by the CDC and the Chicago Public Schools Office of Student Health and Wellness. The form states:

School staff shall not disclose information that may reveal a student’s transgender status or gender nonconforming presentation to others. Therefore, given the sensitive nature of the information, when speaking with parents, guardians, other staff members, or third parties, school staff should not disclose a student’s preferred name, pronoun, or other confidential information pertaining to the student’s transgender or gender nonconforming status without the student’s permission, unless authorized to do so by the Chicago Board of Education’s Law Department. (Emphasis in original)

Meg Kilgannon, senior fellow for Education Studies at Family Research Council, was deeply concerned with the potential dangers of the chat site.

“Let this sink in,” she told The Washington Stand. “The Center for Disease Control, a governmental organization paid for by taxpayers that claims to have an interest in health and is legally required to prevent the spread of disease, promotes this kind of ‘chat space’ as a service that would enhance child health by encouraging children to explore deviant sexual behavior with known health risks and consequences — and to explore safety with adults unknown to the children or their parents and with ‘chat space features’ that easily allow for escape if discovered by a parent. Unfortunately, the consequences of risky sexual behavior are often lifelong — so no escape in the real world.”

Kilgannon went on to note the possible liabilities involved with the site. “I would say that any group of adults who are asking or promoting older teenagers to sexually instruct younger teenagers are by default completely disqualified from any role engaging with youth. And not just disqualified but possibly criminally liable for trafficking children to legal adults.”

Erin Brewer, co-founder of Advocates Protecting Children and the Compassion Coalition, cited her personal experience with gender dysphoria in pointing out her concerns.

“As a child who suffered with gender dysphoria, a former ‘trans’ child, I am shocked but not surprised that the CDC is once again embracing what can only be described as the religious belief that a child can be born in the wrong body, or that the CDC is referring children to harmful and dangerous resources,” she told TWS. “A site like Q Chat Space has the potential to expose vulnerable children to predators. As influencer Natalie Wynn (aka ContraPoint) stated in a recent Twitter post, ‘It’s time to go on the offensive. I won’t rest until every American child has been trans’d.’ It seems the CDC has a similar goal.”

Brewer was unequivocal in her assessment of the CDC’s culpability in harming minors confused about their gender. “Rather than providing children with resources to help them understand the underlying causes of their gender dysphoria and become more comfortable with themselves, children are being provided resources that encourage them to embrace an identity that often results in treatments that cause sterility and lifelong medicalization,” she observed. “The CDC seems to have abdicated its role of controlling disease and encouraging health and wellness to assuming the role of CGC, Center for Grooming of Children.”

Kilgannon elaborated further with an analogy. “Is it easier for people to understand that a 13-year-old girl shouldn’t be sexually tutored online by a man who claims to be 19 years old? Or for a 14-year-old boy to explore his sexuality with a woman who claims to be 19 years old? Why is this kind of ‘tutoring’ (which is essentially pimping) tolerated for children who call themselves LGBTQ+? All children are precious, deserve our protection, our love, and the chance to grow and mature free from sexualization by adults, and certainly without U.S. government endorsement of said sexualization.”