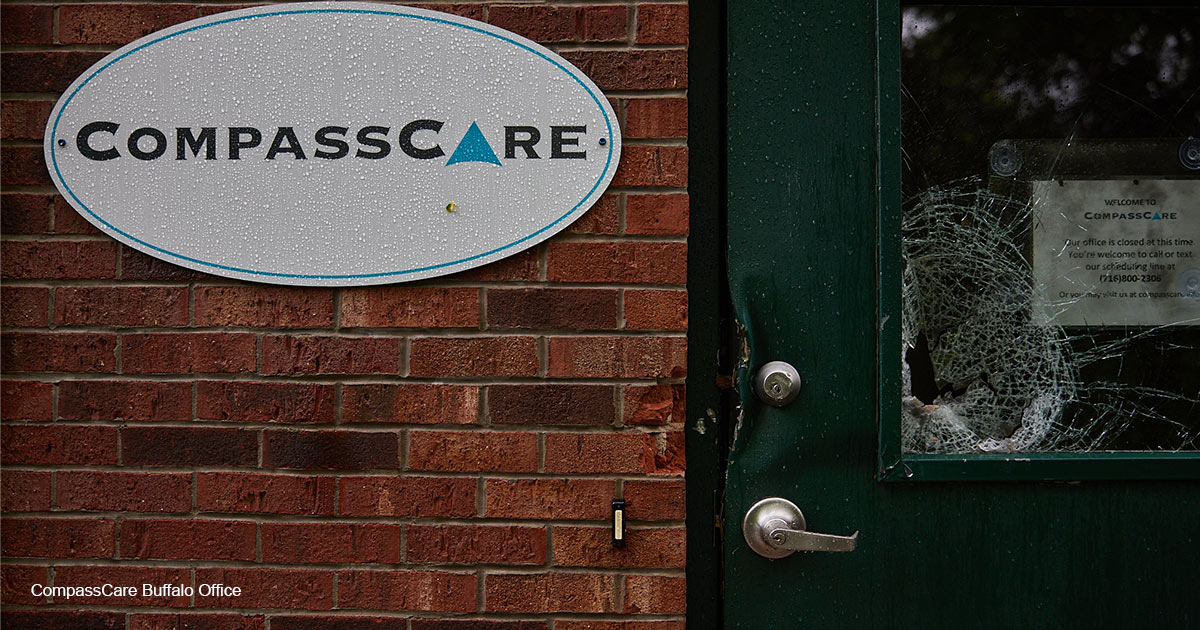 Attacks on pro-life churches and pregnancy resource centers could become a daily occurrence if liberal district attorneys and a complacent Justice Department refuse to prosecute the perpetrators, according to a former FBI counterterrorism and intelligence expert.

The Religious Freedom Institute hired the former intelligence expert to analyze the dozens of anti-life crimes that followed the May 2 leak of the Supreme Court’s Dobbs decision, and the prospects for future attacks. Although the Justice Department stated that it had launched a federal investigation in June, not a single arrest has been announced to date — something that will inspire further violence, he warns.

Low-threat crimes — like breaking windows and defacing the exterior of pro-life women’s centers with graffiti — “will become routine, occurring as often as one to three times per day, so long as the environment remains permissive,” according to a Religious Freedom Institute (RFI) report of his conclusions. More serious crimes — including scuffles that do not harm parishioners and property damage that cannot be fixed in less than a year — “will likely occur frequently for the rest of 2022, perhaps as often as one to three times per month, unless aggressive prevention measures change the environment.”

The most serious crimes — like armed attacks, arson with church members inside, and vehicular assault — will “occur one to three times in the remaining months of 2022 and perhaps beyond.”

“The violence was pretty frightening. You had death threats that were being directed at volunteers and employees of pregnancy resource centers and pro-life advocacy groups,” Nathaniel Hurd, a senior fellow for public policy at RFI, told “Washington Watch” last Friday. “In some cases, buildings were literally set on fire. And the graffiti, which some people think is fairly benign and innocuous, was actually quite intimidating and intended to thwart people from doing their work.”

The uptick in attacks on Christian sites, especially Roman Catholic properties, began in earnest after George Floyd’s death on May 28, 2020, when vandals set fire to the pews of the Basilica of St. Mary in Minneapolis. “From the arson in Minneapolis to the present, offenders have attacked at least 174 Catholic sites across 38 states and the District of Columbia,” the report states. (Emphasis in original.) “Criminals attacked 136 Catholic sites from May 28, 2020, to the date of the Dobbs leak — an average of one site attacked every five days. Since the leak, there have been 39 known attacks on Catholic sites — an average of one site attacked every three days.”

While the assault on pro-life institutions, and parishes, had ample precedent, “the explosion, the concentration, the volume of attacks following the Dobbs leak and then the Dobbs opinion itself” had no precedent, Hurd stated.

“We can expect these attacks to continue,” Hurd assessed.

The possibility of consequence-free violent intimidation of one’s political enemies — which constitutes one definition of domestic terrorism — catalyzes the cycle of violence. “We know from our experience in the United States and around the world that when there’s a culture of impunity, when there’s a lack of accountability for perpetrators, it emboldens others to attack in this way, and in some cases to attack in an even more deadly fashion,” Hurd said.

He blamed the lack of prosecution, which dovetails with Soros-backed prosecutors’ soft-on-crime policies in general. “If you look at the political leadership in our federal law enforcement agencies, the Department of Justice, the FBI and the Department of Homeland Security, the only times that they’ve really had anything to say about these attacks has been under duress,” he added.

Political intimidation through destruction and violence, including potentially deadly force, has an impact far beyond destroying the work of pro-life advocates who distribute diapers and baby formula to expectant mothers. “These crimes not only imperil American citizens, their institutions, their property, and, often, their life’s work. When aimed at pro-life congregations and organizations motivated by religious conviction, they also constitute assaults on the inalienable right of religious freedom guaranteed to all Americans in the First Amendment to the Constitution,” the report stated. “As such, they threaten to destroy the pluralism so central to our ability to live in harmony despite our differences — e pluribus unum.”

RFI plans to release a subsequent report with tools “to help non-profit and for-profit institutions prepare for, mitigate, and respond to non-violent attacks.”

“If you haven’t been attacked yet, you might be in the future,” Hurd said. He encouraged pro-life churches and institutions to “improve your physical security, improve your cybersecurity, engage with local law enforcement and speak up, engage with your elected representatives. Demand that they conduct oversight.”

The number of attacks on pro-life churches and institutions — and the blasé government and media response to them — has already convinced RFI it will need to issue an update to this report next year.