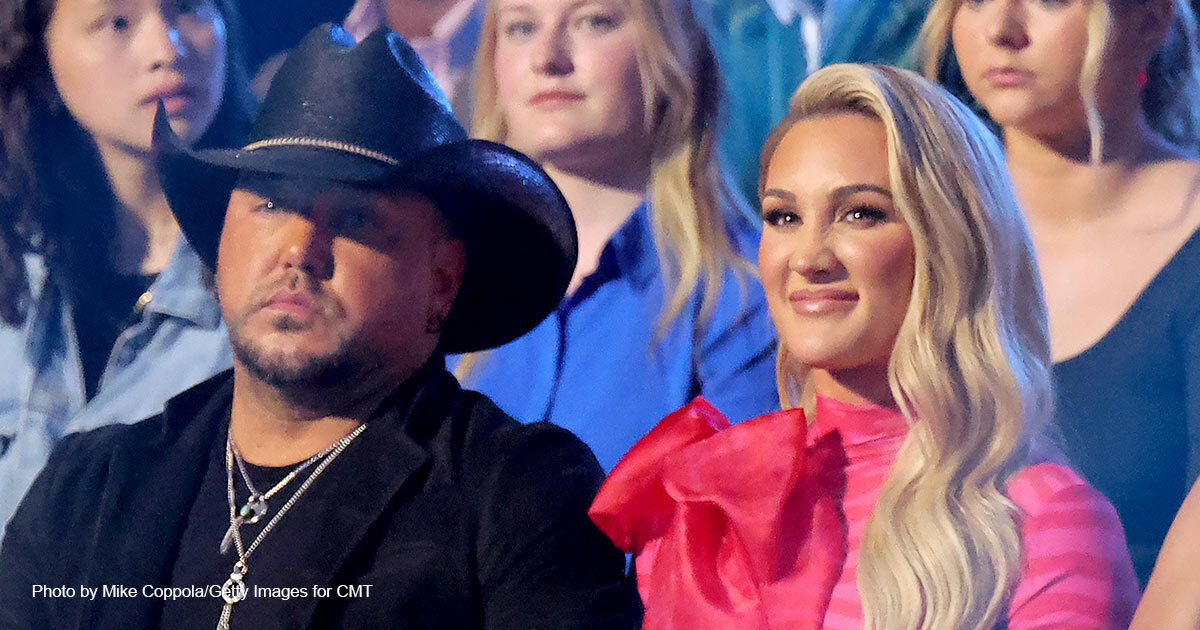 Last week, country music wife Brittany Aldean made ripples online when she took a strong social media stance against allowing children to go through gender transitioning. In the openly conservative influencer’s words, her comments that were “taken out of context” were labeled “transphobic” by multiple mainstream media outlets and progressive country music counterparts.

After Twitter backlash from singers Cassadee Pope and Maren Morris, the latter of whom referred to Aldean as, “Insurrection Barbie,” in a critical tweet, Aldean responded by releasing Barbie-inspired merchandise, reading “Don’t Tread On Our Kids.” Proceeds from the apparel will benefit Operation Light Shine, an organization fighting child exploitation and trafficking. To the negative reactions, she responded on air, “I’ve never had a conversation with either of these people. This is simply based on opinion and political status.”

The beauty influencer went on Fox’s “Tucker Carlson Tonight” last night, where she made herself clear, “I’m advocating for children.”

“I think that children should not be allowed to make these life changing decisions at such a young age,” Aldean told Carlson. “They are not mature enough. They should have parents that love them and advocate for them regardless. We have ages on everything, right? We have it for cigarettes, we have it for driving, we have it for military, voting. Yet for some reason people think that we can let a child choose their gender so young? It’s very baffling to me.”

Aldean went on to describe the irreparable harm that early gender transitions can cause, stressing that these actions have, “Huge consequences… children are too young, not mature enough, to make those decisions, and they’re life changing like you said. They may not be able to have children one day, there are so many consequences to doing that at such a young age. And us as parents, us as a society — regardless of political status — should be able to sit back, speak our minds about it, and fight for these children.”

According to Aldean, the support for her outspoken statement has been overwhelming. “So much support, especially [from] people that have children. … [Y]ou have the other side of that, too, and that’s fine, people are entitled to their opinions. But that’s just it. We as conservatives have a very hard time having an opinion, especially in society today, in the media, in relationships, in the workplace, and it’s very, very sad. But, a lot of support within Nashville and just friends and family.”

In coincidental time, TheGreenRoom PR Firm dropped her country star husband, Jason Aldean, after years of working with the “Dirt Road Anthem” singer. In a statement to Billboard, they claimed, “Music has always been and remains The GreenRoom’s core focus, so we had to make the difficult decision after 17 years to step away from representing Jason. We aren’t the best people for the gig anymore, but will always be big fans of his music — he is one of the greatest live entertainers in country music.”

With 10 albums and multiple CMA Awards and nominations under his belt, country sensation Aldean himself has been vocal about his conservativism, with a late 2021 Instagram caption reading, “I will never apologize for my beliefs or my love for my family and country. This is the greatest country in the world and I want to keep it that way.”

Historically, Hollywood has not been friendly towards right-leaning celebrities. Conservatives who have chosen to be outspoken on supporting Republican candidates, or on issues such as life and gender, have faced backlash or cancellation. “Grown Ups” actor Rob Schneider, a frequent Adam Sandler co-star, recently told TheBlaze’s Glenn Beck that he would gladly be outspoken about his conservative beliefs at the cost of his career, a statement met quickly with internet mockery. Actor and comedian Tim Allen has professed the difficulties of being a conservative in the spotlight. Other notable cancellations such as comedian Dave Chappelle and author J.K. Rowling have faced angry online mobs for deviating from the politically-correct narrative surrounding transgenderism.

Christian Toto, editor of HollywoodInToto.com, told The Washington Stand that the backlash against the Aldeans is no surprise. “The modern Left will use any excuse to ‘cancel’ those who don’t agree 100 percent with their worldview. A singer shouldn’t be punished for something his wife says, regardless where one stands on the comments. Plenty of Americans agree with Mrs. Aldean’s stance. Should they lose their professional connections next? They just might.”

However, according to Toto, the cancellation of conservative celebrities provides an opportunity for innovation that breaks away from the Hollywood and Nashville norms. “There is an upside here, though,” Toto told TWS. “Free-thinking creators are finding new success by going solo. Free speech platforms like Rumble video, along with services like Patreon, allow independent-minded artists to pursue their careers without industry gatekeepers. John Rich raced up the iTunes charts with a protest song, ‘Progress,’ without any mainstream media or industry support.”