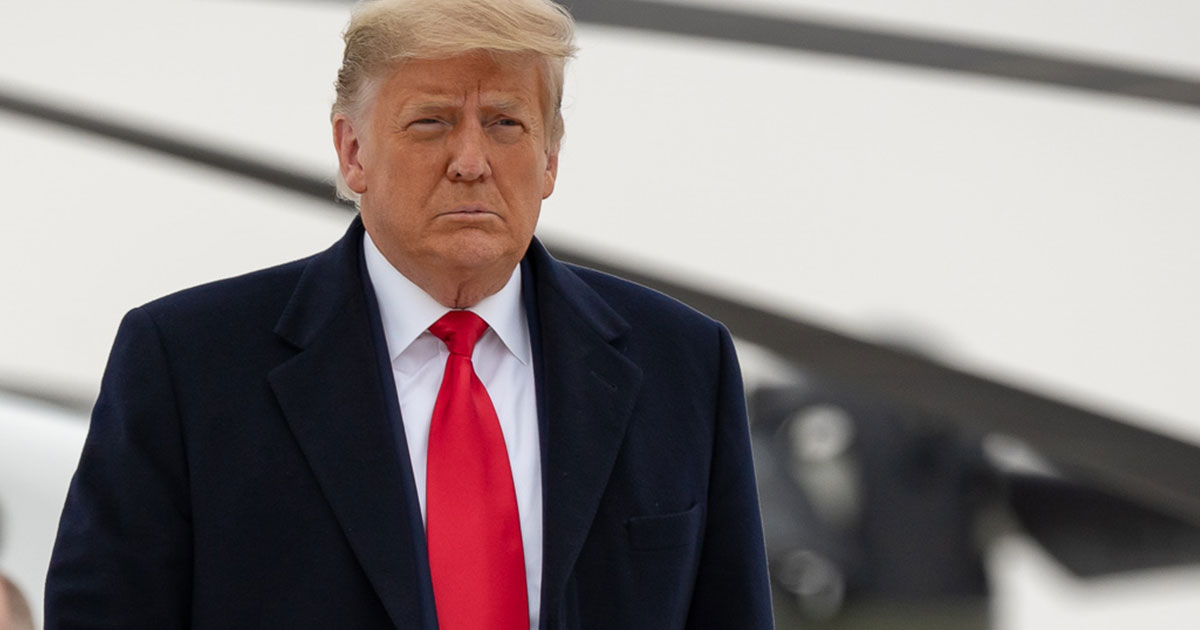 Congressman: FBI’s Trump Raid is ‘Overreach, Politicization, and Weaponization’ of the ‘Police State’

The Justice Department must turn over all documentation used to justify a raid on President Donald Trump’s Florida home or stand presumed guilty of a vicious double standard that victimized conservatives, multiple experts — including a U.S. congressman — told The Washington Stand.

Trump announced that roughly 30 FBI agents swarmed Mar-a-Lago on Monday from approximately 9 a.m. until 6:30 p.m., combing through his safe and former First Lady Melania Trump’s wardrobe in the first federal law enforcement raid of a former president’s property in U.S. history. Agents left the property with around a dozen boxes, with law enforcement agents saying the raid had to do with a dispute over classified records they believed to be in Trump’s possession; they said it had nothing to do with the January 6 Commission. But many conservatives see this as a continuation of the Deep State’s political assault on the 45th president.

Already, Senator Josh Hawley (R-Mo.) has called for Attorney General Merrick Garland to be impeached over his role in the historic rifling through a former president’s belongings. “Biden has taken our republic into dangerous waters,” Hawley wrote. “At a minimum, Garland must resign or be impeached.”

Sending FBI agents with a search warrant, rather than issuing a subpoena, represents “the overreach, the politicization and the weaponization for political purposes of the police state apparatus and all the other institutions in America today,” Rep. Andy Biggs (R-Ariz.) told “Washington Watch” guest host Joseph Backholm on Tuesday.

“They haven’t come out clean yet with why they did this. But I can tell you this: A Democrat, Marc Elias, who is the bulldog attorney for Democrats all over the country, came out and said … if they can nail President Trump with any of this, they believe they can keep him off the ballot,” Biggs continued. Elias, a top election attorney and former counsel to Hillary Clinton’s 2016 presidential campaign, has claimed that federal law provides that anyone who mishandles an official government document or record shall “be disqualified from holding any office under the United States.” While he acknowledged the law would likely not survive a legal challenge, Elias exulted that Trump “would have to litigate this during a campaign.” The New York Times similarly ran a story on the law Tuesday, noting it would likely be considered unconstitutional — but also that it would tie up Trump in litigation when he’s trying to run for president.

“That means that the whole thing is politicized,” Biggs told Backholm. “We’re going into abuse of power for political purposes. That is really not the American way — at least previous to Joe Biden, it wasn’t considered to be the American way.”

Legal scholar Jonathan Turley of George Washington University asked if the legal dust-up really had its roots in the putative matter at hand, or if it represents another “insurance policy,” the term FBI agent Peter Strzock used in text messages sent to his mistress about the early Russian collusion hoax.

“Our freedom is being eroded in this country,” said world-renowned evangelist Rev. Franklin Graham, who called the raid “frightening” on TBN’s “CenterPoint” news program on Tuesday night. “It’s almost like what we saw in the Soviet Union.”

To dispel such a notion, “the Justice Department has an obligation to immediately make public the search warrant, the application for the search warrant, the justice file, and all of the affidavits that were filed by FBI agents so that we, the people and legislators can judge whether, in fact, they were justified in this kind of a raid on a former president’s home,” the Heritage Foundation senior legal fellow Hans von Spakovsky told “Washington Watch” later in the program.

He noted that Kash Patel, a former Trump administration intelligence official, said he was in the White House when the president declassified many classified documents, possibly including those at the heart of this standoff. “If that’s the basis for the FBI applying for a search warrant, it was based again on false information — the very same way the applications for warrants that the FBI applied for back during the Russia Trump investigation … were also based on false information that they submitted to the FISA court,” von Spakovsky said.

Biggs believes the determination to storm the former president’s home highlighted America’s “ridiculous, two-tiered [justice] system, where Hunter Biden or Hillary Clinton don’t have any kind of investigation seriously going on, but they’ll go after President Trump over boxes of memorabilia.”

Von Spakovsky similarly noted that “no such FBI raid was conducted when we discovered that Hillary Clinton, while Secretary of State, had installed a computer [server] in her office in her home in New York that contained thousands of government communications and emails, including classified materials. ... She had her lawyers destroy 33,000 emails that she said were personal. The Justice Department never, ever actually got to look at them to see whether they were personal or not, and yet she was never charged. Her house was never raided.”

“We’ve seen a lot of weaponization” of federal government police machinery, including the ATF and FBI, Biggs contended — warning that the Biden administration’s persecution of conservatives would soon trickle down to the grassroots level. For instance, when middle-class taxpayers hear the Biden administration wants to hire 87,000 new IRS agents, “you should be very nervous, because they’re going to go after you and me and conservatives and I believe, try to misuse this for political purposes.”

Von Spakovsky said federal misuse of power actually trickled up in this case, citing “Merrick Garland classifying parents who were complaining about propaganda being taught to their schools … as domestic terrorists.” That “kind of politicization of the FBI and the Justice Department is unacceptable. Frankly, it’s as if you’re turning us into a third-rate banana republic.” Graham agreed. “The socialists in this country are wanting to destroy this country, are wanting to take away our freedom,” he said. “The thing we can do is pray.”

At a minimum, Republicans need to probe the depths of Washington’s culture of corruption. “We should be holding oversight hearings” into the politicization of federal law enforcement, Biggs said. “We’ve had three hearings on the Washington Commodores, for Pete’s sake, but we can’t have an oversight hearing on what the FBI is doing to American citizens. That needs to change ASAP when Republicans get control of the House.”

Others go further. “The FBI must be broken into a thousand pieces,” insisted Russ Vought, the director of the Office of Management and Budget for President Trump. “Investigated, defunded, abolished, rent asunder. And the GOP must wake up and fight!”