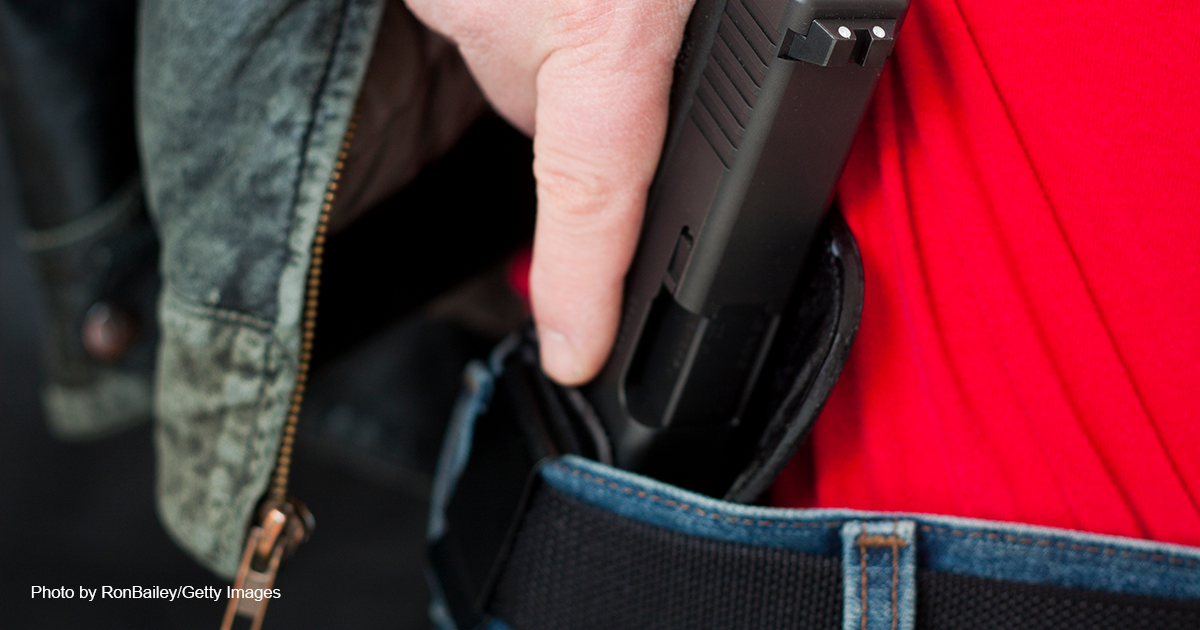 Liberal states cannot require Americans to show “some special need” to exercise their constitutional right to carry guns in public for their own protection, the Supreme Court ruled on Thursday morning. Instead, the court ruled, the Constitution recognizes each citizen’s right to self-defense in public places.

The 6-3 ruling struck down a New York state gun regulation that forced citizens to prove they had a “proper cause” before obtaining a concealed carry license. New Yorkers Brandon Koch and Robert Nash brought the case after the state denied their applications, even though they fulfilled all other legal stipulations, because they could not show they had a specific threat to their lives.

The 63-page ruling, authored by Justice Clarence Thomas on his 74th birthday, affirms that the Constitution respects American citizens’ right to self-defense in public.

“[T]he Second and Fourteenth Amendments protect an individual’s right to carry a handgun for self-defense outside the home,” wrote Thomas in the plurality opinion in New York State Rifle & Pistol Association v. Bruen.

At least half a dozen other states, with approximately one-quarter of the nation’s population, have “two-step” gun permit laws on the books similar to the New York statute, which legislators passed during the Progressive era. Today’s ruling may affect as many as eight other states and the District of Columbia, which have a “may issue” stance on concealed carry permits.

“Today’s ruling is a watershed win for good men and women all across America,” said Wayne LaPierre, executive vice president of the National Rifle Association. “The right to self-defense and to defend your family and loved ones should not end at your home. This ruling brings life-saving justice to law-abiding Americans who have lived under unconstitutional regimes all across our country, particularly in cities and states with revolving door criminal justice systems, no cash bail and increased harassment of law-enforcement.”

Today’s decision strengthens the justices’ precedent in District of Columbia v. Heller (2008), which affirmed that the Second Amendment recognizes the right of individuals to keep and bear arms, not merely state militias. In characteristic fashion, Justice Thomas’ ruling also states that the Constitution should be interpreted by discerning the Founding Fathers’ original intent. This process, though difficult, is “more legitimate, and more administrable, than asking judges to ‘make difficult empirical judgments’ about ‘the costs and benefits of firearms restrictions,’” he writes, “especially given their ‘lack [of] expertise’ in the field.”

President Joe Biden, the former chairman of the Senate Judiciary Committee, dismissed the decision, saying, “This ruling contradicts both common sense and the Constitution, and should deeply trouble us all.”

The decision came even as a bipartisan coalition of senators appear poised to pass new restrictions on gun rights, including cracking down on private gun sales and incentivizing states to adopt so-called “red flag” laws, which allow government officials to remove firearms from an individual’s home without having been convicted.

Blue states are presently regrouping and determining how to respond to the court’s decision. New York Governor Kathy Hochul (D), who recently signed a fresh round of gun control laws, has warned she may call a special session of the state legislature to pass new laws to blunt the effect of the ruling. Since the ruling says that states may require concealed carry permits and may ban guns from “sensitive places” such as courts and schools, lawmakers had discussed broadening the category to put most public places off-limits. Perhaps with this in mind, Thomas wrote today that “expanding the category of ‘sensitive places’ simply to all places of public congregation that are not isolated from law enforcement defines the category of ‘sensitive places’ far too broadly.”

The right to keep and bear arms for self-defense, in the home or in public, reflects the belief that innocent life — which bears the image of God — should be protected from aggression. “The image of human dignity that emerged from Judeo-Christian revelation and classical philosophy directly implies the right of self-defense and resistance to tyranny,” wrote John Zmirak and Jason Jones in a monograph on how Christians should view gun ownership.

“How does the dissent account for the fact that one of the mass shootings near the top of its list took place in Buffalo?” retorted Alito. “The New York law at issue in this case obviously did not stop that perpetrator.”