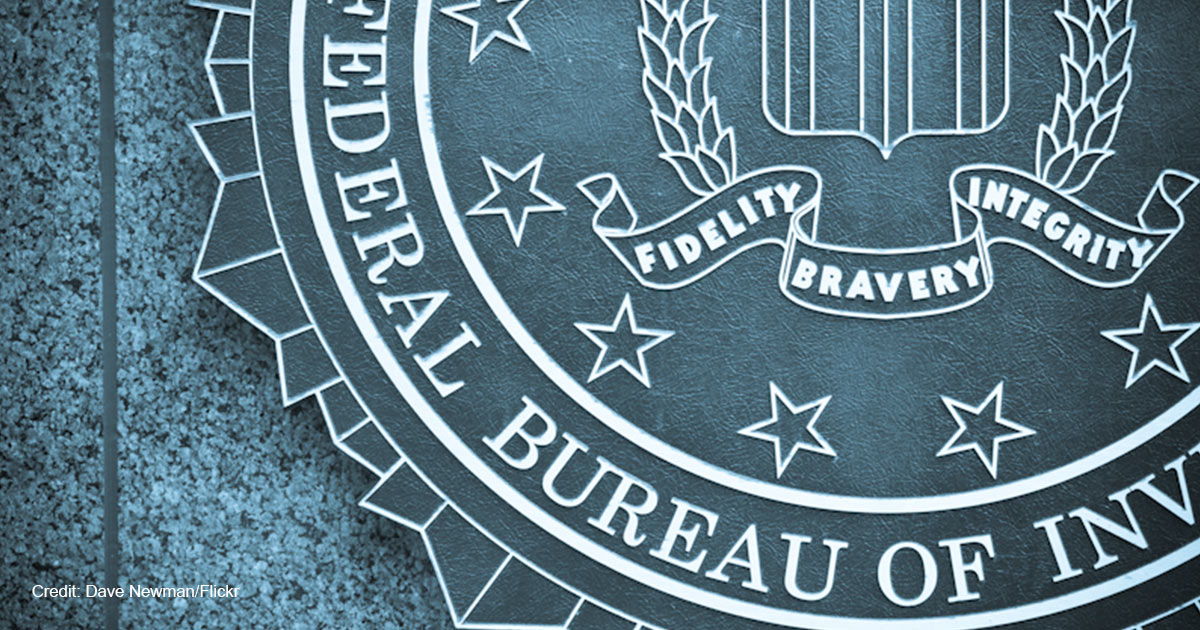 On Friday, House Republicans in the Judiciary Committee released a 1,050-page report detailing the testimonies of whistleblowers as well as other documents that point to the growing politicization of the Federal Bureau of Investigation and the Department of Justice. The report quoted the descriptions of whistleblowers characterizing the FBI bureaucracy as “rotted at its core” and full of “rampant corruption, manipulation, and abuse.”

“The Federal Bureau of Investigation, under the stewardship of Director Christopher Wray and Attorney General Merrick Garland, is broken,” tweeted Rep. Jim Jordan (R-Ohio) alongside the release of the report, who is ranking member on the committee.

The agency has come under increasing scrutiny since the Biden administration’s tenure after a series of controversial actions that many have seen as highly partisan coming from the law enforcement arm of the federal government.

The first example of alleged corruption listed in the report’s executive summary states that the bureau “is artificially inflating statistics about domestic violent extremism in the nation.” It described how FBI leadership “pressure[ed] line agents to reclassify cases as domestic violent extremism even if the matter does not meet the criteria.” It went on to note that “the scale of domestic violent extremism nationwide” was being misrepresented by the FBI “by categorizing January 6th-related investigations as organic cases stemming from local field offices, instead of all related to one single incident.”

The report further noted that the bureau “is abusing its counterterrorism authorities to investigate parents who spoke at school board meetings.” Earlier this year, it came to light that the FBI had opened an investigation into parents who had attended school board meetings at the behest of outside special interest groups aligned with the Left. “Whistleblowers disclosed how, shortly after the National School Boards Association urged President Biden to use the Patriot Act against American parents, the FBI Counterterrorism Division set up a special ‘threat tag’ to track school board-related cases,” the report described.

The report went on to detail that “the FBI has abused its foreign intelligence authorities to spy on American citizens, including people associated with the campaign of President Trump in 2016.” It also alleges that the bureau “is actively seeking to ‘purge’ FBI employees holding conservative views” because they have been deemed by President Biden as a “threat to American democracy.”

The report also alleges that this “political meddling” is pulling resources away from the agency’s primary mission of enforcing the law. It cites an example of how “one whistleblower described how he was ‘told that child sexual abuse material investigations were no longer an FBI priority and should be referred to local law enforcement agencies’ so that he could work a Washington-directed politically charged case instead.” It went on to describe such actions as “not only a dereliction of duty, but it is a grave disservice to the victims of crimes.”

More recent controversial actions are only adding fuel to what many say is a clear pattern of partisan missteps at the bureau. The raid of former President Trump’s Mar-a-Lago residence was widely seen as partisan hackery that was an unnecessary overreach and abuse of power. The lack of arrests in the wake of its months-long investigation of attacks on pro-life organizations and churches has also drawn widespread criticism. At the same time, the massive show of force to arrest pro-life activist Mark Houck in front of his wife and kids is proof to many that the FBI under Biden is “trying to intimidate pro-life people and people of faith.”

The Hill is reporting that the House Judiciary Committee report will likely “serve as a road map for more probes of the agencies if the GOP wins control of the House in next week’s midterm elections.” House Minority Leader Kevin McCarthy (R-Calif.), who is likely to become speaker if Republicans win the majority in the midterms, has signaled that there will be future investigations into the DOJ, saying that “Republicans will use the force of subpoenas to compel documents and testimony in connection with concerns about politicization.”