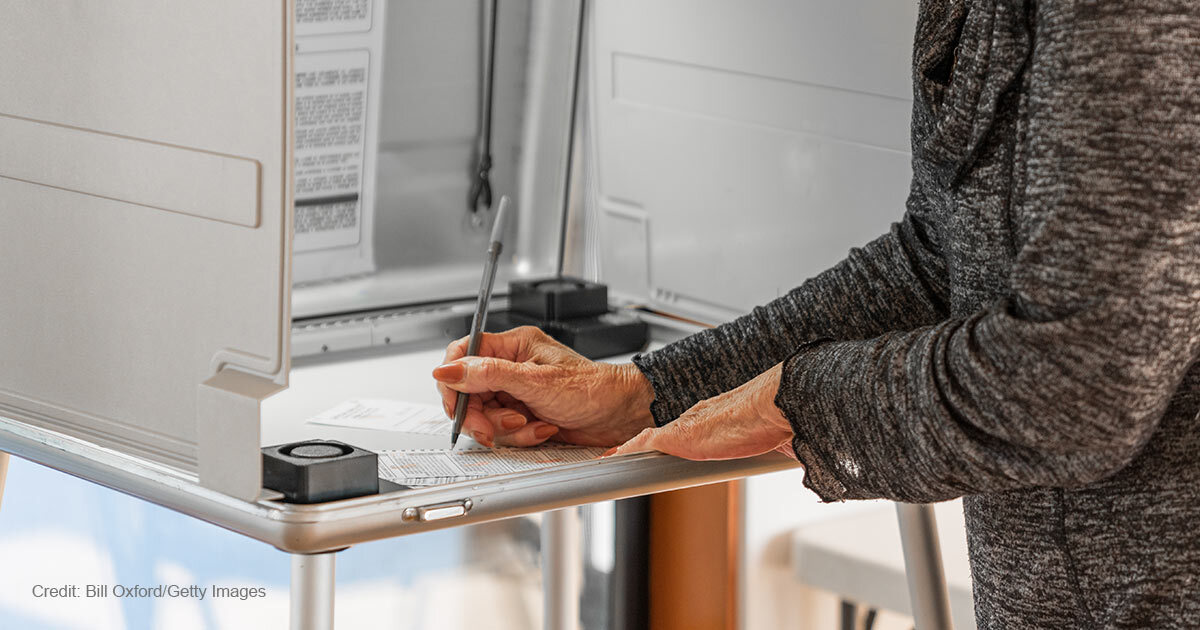 After a slew of states passed laws aimed at strengthening election integrity in 2021 in the wake of voting irregularities that surfaced in the 2020 election, Democrats spent months attacking the bills, saying they would lead to “voter suppression.” But data from recent primary elections indicate that voter turnout increased following the passage of the new laws, and experts say that these laws aimed at securing elections lead to increased voter confidence in the election system.

“We’ve known … for a while that claims of voter suppression are wrong factually and that there is a narrative that has taken almost mythical proportions on the Left, that America is awash in voter suppression laws,” he observed. “And we’ve known … for quite some time, that the facts actually bear out a very different truth. If you look at states going back more than a decade that have adopted election integrity laws like voter ID, you typically see turnout improve in subsequent elections.”

Snead continued, “And that’s a pattern that we’ve seen just this year as states like Florida and Georgia and Texas that passed election integrity laws that were smeared as ‘Jim Crow voter suppression’ last year, [which] have actually had elections this year and turnout in some cases has exploded. So the claim that the states are passing laws that are making it harder or trying to restrict the vote are just absolutely false. … [T]he Left has a narrative and they are not going to let it go.”

The passage of a Georgia bill in March 2021 that expanded voter ID requirements, expanded in-person early voting, and limited the use of ballot drop boxes, among other provisions, received the most national attention, with President Biden castigating the bill as “Jim Crow 2.0.” The uproar ultimately lead to Major League Baseball moving the 2021 All-Star Game out of Atlanta due to pressure from Democrats.

Judging by recent election turnout numbers, however, many see the fears of “voter suppression” as unfounded. In the 2022 Georgia primary elections, 850,000 votes were cast, a 168% increase over the last gubernatorial primary in 2018 and a 212% increase over 2020.

Snead underscored that in surveys, very few voters say that voting is difficult, while some list other reasons for not voting.

“If you look at surveys of people who don’t vote, … the reasons that they give have nothing to do with the fact that it’s difficult to vote,” he explained. “In fact, they overwhelmingly say it’s very easy to vote in America. That’s something that you continuously hear from voters and nonvoters alike. The reasons that these folks don’t participate is because they think their vote doesn’t matter. In some cases, they think the system is rigged against them for various reasons. So giving voters confidence is actually the best way to encourage people who aren’t likely to participate to turn out and vote in our elections.”

“And if you believe, as the Left says it does, that democracy is sacrosanct, that we need to protect it and that we want to encourage people to participate, then we should absolutely be looking at every possible way to give voters confidence in the process and in the results of our elections,” Snead elaborated. “That means having safeguards in place like voter ID that help to make it … not only easy to vote, but also hard to cheat. And that’s also why — this is very common sense — that overwhelmingly Americans agree with that and think that we should have safeguards. Elections are worth protecting. And that’s why laws like voter ID see up to 84% support when you look at polling.”

Ken Blackwell, senior fellow for Human Rights and Constitutional Governance at Family Research Council and chairman of the Center for Election Integrity at the America First Policy Institute (AFPI), concurred. “Many, if not most Americans, are starting to sense that [voter fraud] is an existential threat to America’s constitutional republic,” he told TWS in August.

While Snead expressed confidence and encouragement from the recent primary turnouts, he also stressed that the work of improving election integrity is far from over.

“I always make the case that more needs to be done,” he emphasized. “There is no such thing as a one and done fix, and we’re talking about improving elections. The reality is that we need to continue to see engagement from our lawmakers because there are many, many more ways that we can enhance and improve the election process and continue to make it easier to vote and harder to cheat.”