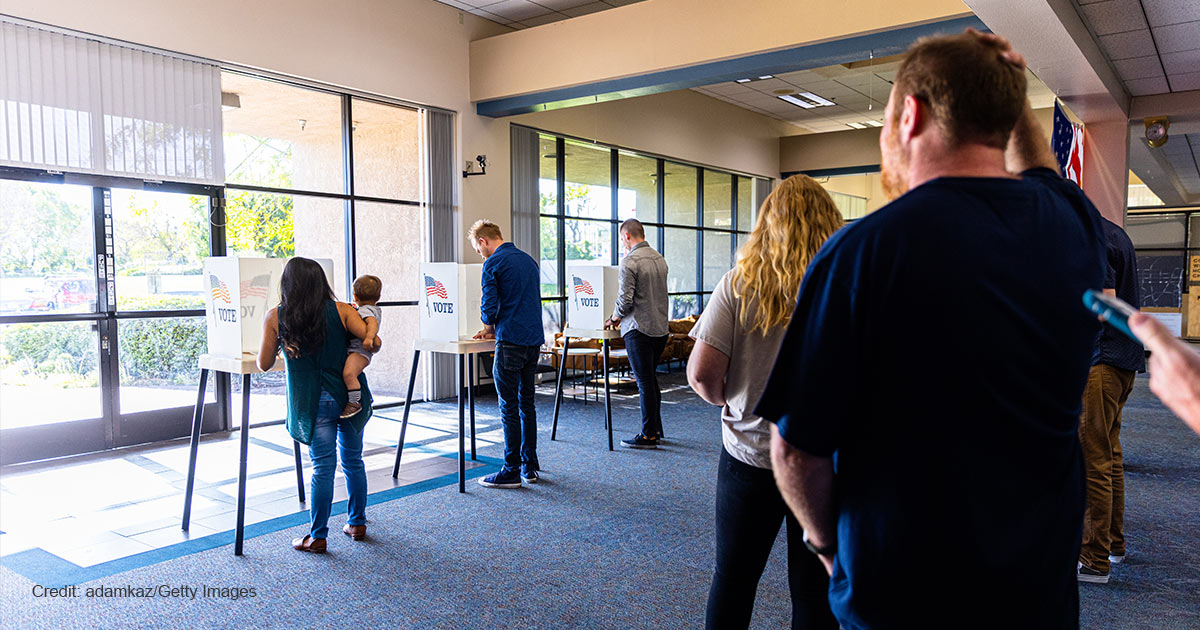 Eight days after Election Day, when American voters went to the polls to cast their votes in the midterm elections, the U.S. is still waiting to know the final results. Seven races in the House of Representatives have still not been called by election officials because ballots are still being counted. Many are asking: in perhaps the most technologically advanced nation on earth, why is it taking so long?

On Tuesday, J. Christian Adams, president and general counsel of Public Interest Legal Foundation, joined Tony Perkins on “Washington Watch” to discuss what is behind the delay in getting election results in some states.

Adams went on to note that there has been opposition to the idea of early tabulation of mail ballots for fear that early results could sway voters before election day. But the concept of mail-in voting, he underscored, is likely here to stay. “People like mail voting. As a matter of fact, everywhere that it was on the ballot — and it was in a lot of states — it was expanded. … So I think we really need to … get used to it.” Adams made it clear that conservatives will likely need to accept early tabulation if they want earlier results. “Republicans are just going to have to ease up on their fear that the data will become used to suppress their turnout and find a way to make it happen because we shouldn’t have to wait for two weeks.”

In response to the common concerns about how to properly verify and secure mail-in ballots, Adams pointed to Georgia. “Georgia had the answer. You use a unique identifier on your ballot, you fill it out. So it’s like voter ID for the mail. That’s the best thing to do with that.” He also referred to the effectiveness of lawsuits in getting states to enforce voter laws. “The Public Interest Legal Foundation brought a lawsuit in Virginia which we won that prohibited Virginia from accepting ballots late that didn’t have a postmark,” he said. “We had Delaware mail balloting struck down entirely in a lawsuit … about three weeks ago … because the Delaware Constitution prohibits it. So step one is to strike when you can.”

Adams also highlighted the importance of enforcing federal laws. “[There are] federal statutes that generally require the election to be done on Election Day, not four days after Election Day. And I’m looking at potentially some litigation there to try to get states to comply with that mandate.”

Another common election integrity concern is ballot harvesting, in which a party representative fills out a ballot for a voter upon the voter’s request. Perkins observed that since states like California now allow this practice, conservatives should consider using the same tactic as long as it is legal in the state.

Adams pointed to another possible opportunity for conservatives to use the same tactics as the Left: ballot “curing.”

“[Curing] means you get a list of the defective mail ballots,” he explained. “You know that before the election, because the election officials have segregated the ones that aren’t filled out correctly. Well, that starts the chase. And the Democrats have gotten very good at organizing curing efforts where they figure out who has a defective ballot. They contact that person. They take them to the polls. I would submit they might even be able to buy them something because it’s not for a vote. It’s to fix a vote. … Is there a Republican counterpart to this? What do you think? Of course not. They’re like five years behind.”

“From my vantage point, I think conservatives have a lot of work to do in the next two years to get prepared for the 2024 election,” Perkins observed.