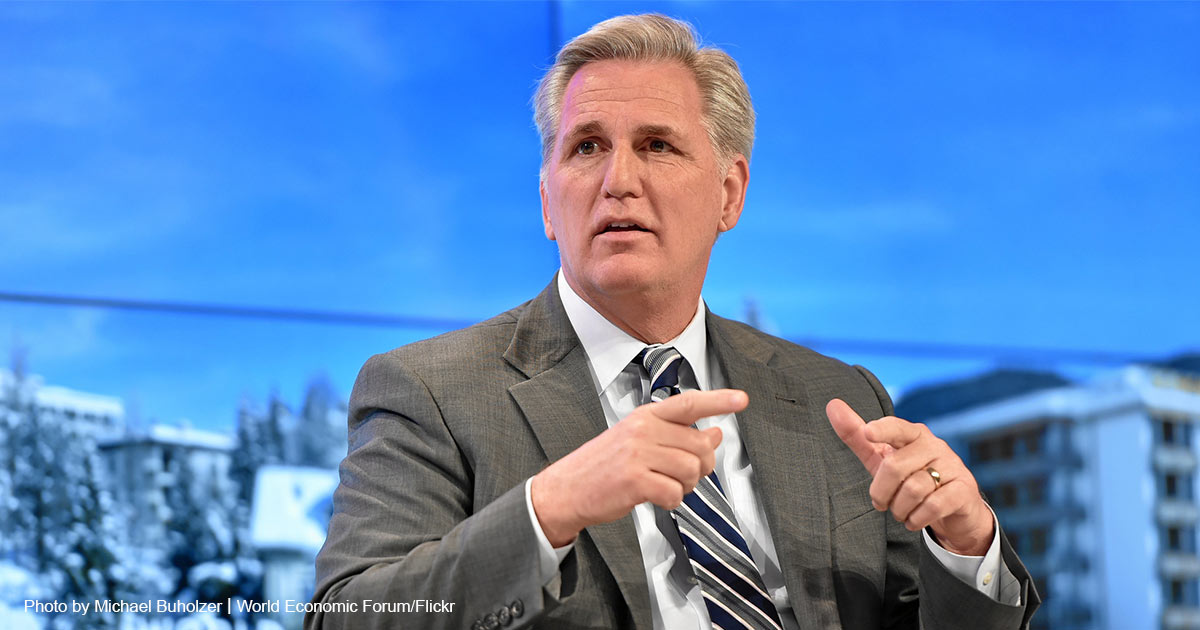 After a week of turmoil, former House Minority Leader Kevin McCarthy (R-Calif.) finally won the speaker’s gavel just after midnight Saturday morning. The victory capped off a marathon week of negotiating with the Republicans’ staunchest conservatives, which, even late Friday night, threatened to stretch into next week.

An hour earlier, Reps. Matt Gaetz (R-Fla.) and Lauren Boebert (R.-Colo.) seemed poised to catapult the debate into Monday when they voted “present,” leaving McCarthy one vote shy of the number he needed to win. After a heated confrontation on the House floor between McCarthy and Gaetz, Republicans moved to adjourn, but ultimately switch course — forcing a 15th round of voting, which ultimately sealed the deal for McCarthy.

Shortly after, McCarthy said the words the country had been waiting to hear for four days: “My friends, this chamber is now fully open for all Americans.”

Family Research Council President Tony Perkins applauded the new speaker, telling The Washington Stand that the California leader — and the entire Republican Party — “emerged strong.” “If McCarthy approaches the 118th Congress the way he approached the speaker’s race, I think the conservative movement is in one of its best positions in decades. There’s a real chance for a unified front moving forward.”

Early Saturday morning, President Joe Biden released a statement congratulating McCarthy and urging him “to govern in a way that puts [the American people’s] needs above all else.” “As I said after the midterms, I am prepared to work with Republicans when I can and voters made clear that they expect Republicans to be prepared to work with me as well. Now that the leadership of the House of Representatives has been decided it is time for that process to begin.”

Despite an agonizing week for McCarthy, and plenty of heartburn for the Republican Party, Nancy Pelosi’s (D-Calif.) successor told his colleagues that this process had only made him more determined to fight for the change voters want.

In a warning shot to the White House, McCarthy insisted, “Our system is built on checks and balances. It’s time for us to be the check and provide some balance to the president’s policies," McCarthy added. "There is nothing more important than making it possible for American families to live and enjoy the lives they deserve."

To new House Minority Leader Hakeem Jeffries (D-N.Y.), who ultimately lost his long-shot bid for speaker 216-212, McCarthy said, “There will be times we will agree and many times we will differ. I promise that our debates will be passionate, but never personal. And now the hard work begins. What we do here today, next week, next month, and next year will set the tone for everything that follows.”