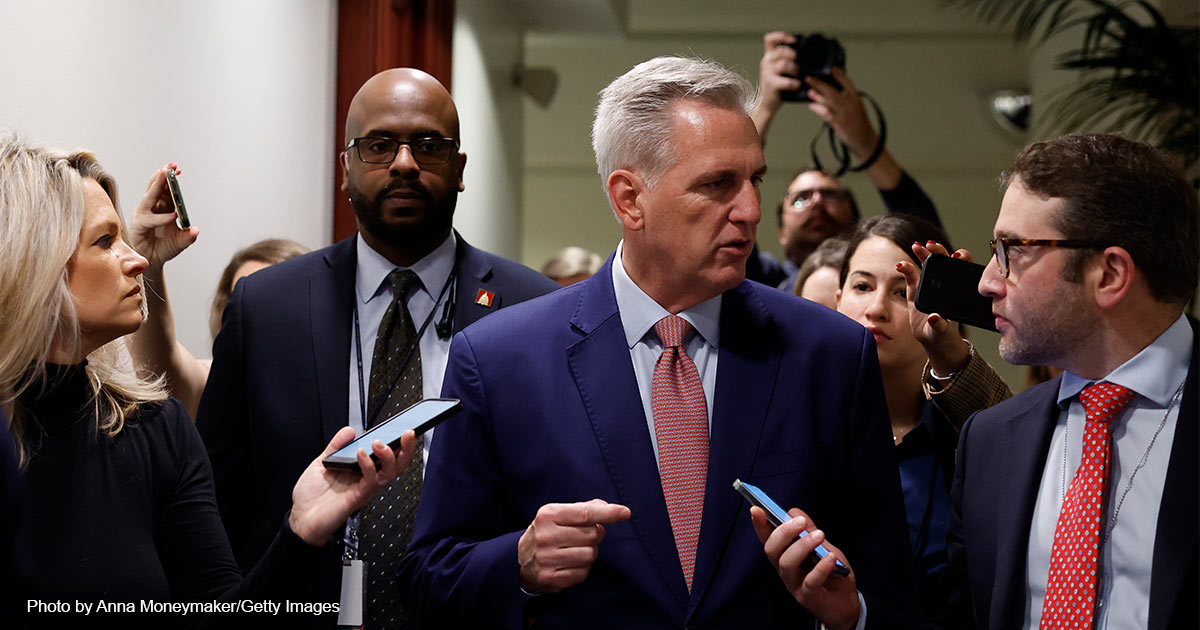 As the 118th Congress was officially gaveled in Tuesday, the first order of business in the House of Representatives to elect a speaker became anything but routine. For the first time in 100 years, the House failed to elect a speaker in the initial vote, as Kevin McCarthy (R-Calif.) came up well short of the 218 votes needed to secure the speakership.

Opposition to McCarthy, who has served as House Minority Leader since 2019, has arisen among a core group of conservative members of the House Freedom Caucus as well as other GOP lawmakers. They are frustrated over what they say is a lack of response by McCarthy to their proposed rule changes, which include making it easier to proceed with a “motion to vacate” a speaker, which the House did in 2015 to remove former Speaker John Boehner. For his part, McCarthy appeared to concede to some of the demands of the faction, releasing 55 pages of proposed rules which include increasing transparency with regard to how bills are brought to the floor, as well setting the number of votes needed to depose a speaker at five.

Still, a group of nine Republicans issued a letter stating that the proposal comes “almost impossibly late to address continued deficiencies ahead of the opening of the 118th Congress on January 3rd.”

Meanwhile, GOP leaders such as Majority Leader-elect Steve Scalise (R-La.) have voiced their support for McCarthy. In a letter to colleagues, Scalise pointed to a laundry list of “ready-to-go” legislation that the newly elected Republican majority plans to bring to the floor in the first two weeks of 2023, including the No Taxpayer Funding for Abortion and Abortion Insurance Full Disclosure Act and the Born-Alive Abortion Survivors Protection Act, as well as a resolution condemning the recent attacks on pro-life facilities and churches, among other measures strongly supported by social conservatives.

“I’m excited to see us begin making our ambitious agenda a reality and begin delivering for the American people after we elect Kevin McCarthy Speaker,” Scalise wrote.

However, after three rounds of voting on Tuesday, the House adjourned without electing a speaker, as McCarthy failed to reach the 218-vote threshold needed to secure the speakership in each vote.

Congressman Pat Fallon (R-Texas) joined “Washington Watch with Tony Perkins” and discussed McCarthy’s accomplishments as well as steps that have been taken in response to concerns of the faction of GOP lawmakers.

“[McCarthy] helped raise a whopping half billion dollars for Republican candidates [in the midterms],” Fallon said. “… We have dramatically improved the House rules [such as] no bill will be considered for 72 hours once it is posted, so you have 72 hours to read the bill. We have decentralized control of the steering committee, which selects what committee the members get on. [Also], any five members in the GOP … [can do] a ‘no confidence’ vote for Speaker at any time. … So I don’t understand why we’re going through this.”

Former U.S. Congressman Jody Hice, who now serves as FRC’s Senior Advisor to the President, also joined “Washington Watch” on Tuesday to discuss the reasons behind the opposition to McCarthy.

“You get really tired of hitting your head up against the wall when you go to Washington to try to make a difference,” Hice observed. “You come to find out that it’s virtually impossible to move the needle in the existing environment in Washington, D.C.”

He continued, “Everyone knows Washington is broken. And in order to make it right, there has to be some changes. And some of those changes are in the rules. Look, we have not been allowed to make an amendment on the floor in … six or seven years — the entire time since I’ve been in Congress. … And when people hear that, they think that’s nuts, and it is nuts. … And there are many people who look at Kevin McCarthy as part of the problem. So this is an ugly process that we’re going through right now, but a necessary one. And I would just encourage people to hold back, don’t panic — this is part of the process. It’s healthy for us to have these debates and we will end up with a speaker.”

The House will again take up the Speaker nomination vote on Wednesday.