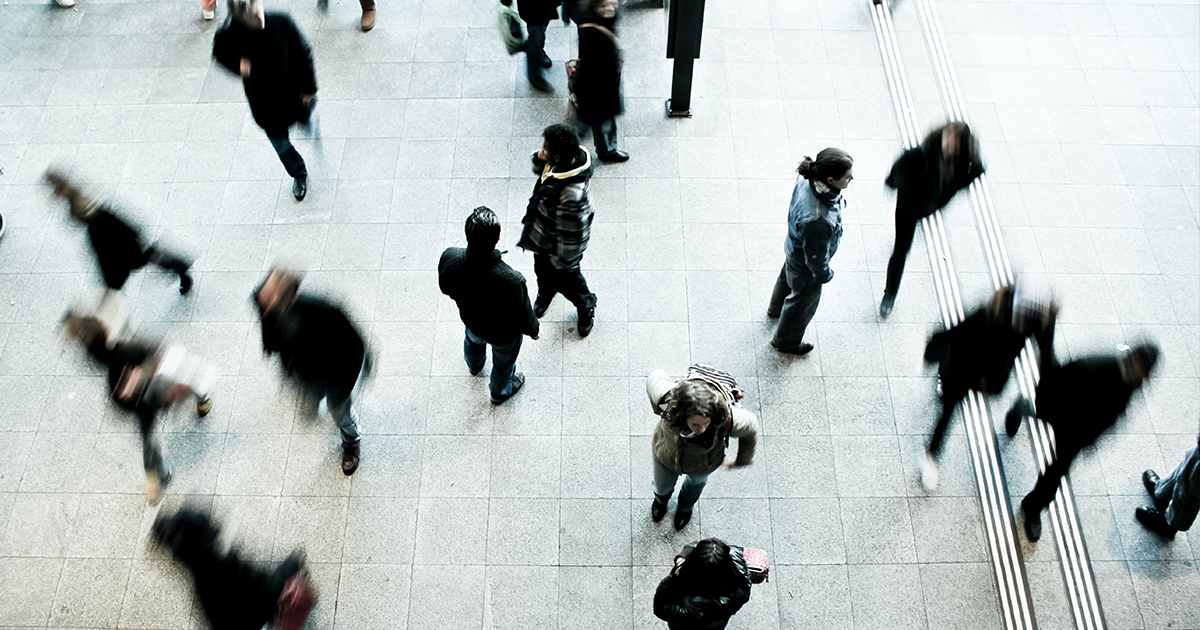 Nationwide Belief in God at an All-time Low

A survey by Gallup recently revealed that 81% of American adults believe in God, the lowest percentage since 1944. Between the early 1940s — when Gallup first started conducting the survey — and 2011 more than 90% of adults believed in God.

“The latest Gallup poll is not surprising to me,” Closson explained. “Research has shown us that the ‘no’s’ — those who don’t know or don’t care about what they believe — has steadily been rising. While it’s sad that less Americans believe in God, it’s nonetheless predictable.”

Surveyors asked American adults to respond to the question: “Do you believe in God?” with “yes,” “no,” or “no opinion” as the possible answers The responses were not meant to signify whether or not the person is a committed Christian but rather shows that they believe in a higher power regardless of religion or practice.

There are multiple factors to consider when assessing the 6% drop in adults who believe in God over the last five years. Gallup’s data shows that belief in God has fallen the most among young adults and people on the Left side of the political spectrum.

“Over the last 30 years, the two main political parties in this country have diverged on almost every issue,” said Closson. “Increasingly, Democrats are less religious and less tethered to the principles of God’s Word. As a result, it isn’t surprising that less Democrats believe in God today as in previous years.”

Interestingly, more people of color said they believe in God than non-Hispanic white people. Of all the Black, Hispanic, Asian, Arab, or Biracial respondents between 2013 to 2017, 92% claimed to believe in God. The subgroup now stands lower at 88%. For non-Hispanic whites, 85% claimed belief in God in the same five-year timeframe, compared to 79% who claim belief now. 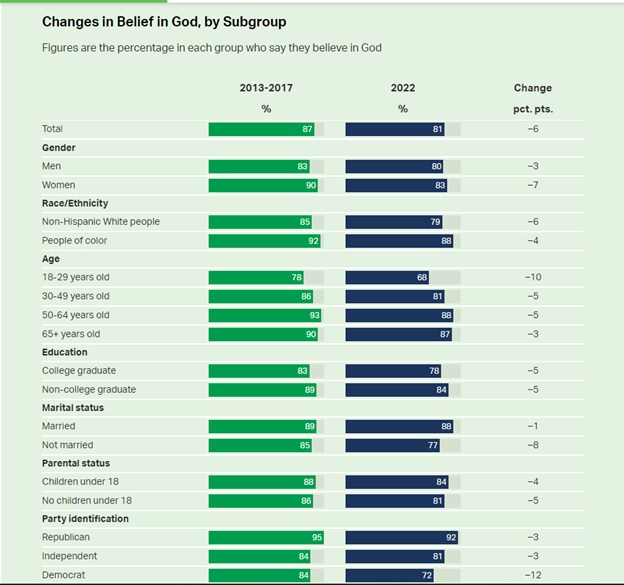 In 2021, Family Research Council’s Center for Biblical Worldview conducted a survey that revealed how different generations subscribe to a biblical worldview. Compared to simply proclaiming that one believes in God, this survey tested how engaged participants are in their faith and how it aligns with Scripture. In the 64-question survey created by Dr. George Barna of Arizona Christian University, respondents had to get a score of 80% to be classified as Christians that ascribe to a biblical worldview.

Closson predicts that the number of people who believe in God will continue to drop.

“These numbers ought to motivate Christians to do what Jesus told us to do which is share the gospel, discipline our children, attend faithful churches, read Scripture, and seek to be light and salt (Mat. 5:13-16),” Closson advised. “Jesus warned us that we would experience persecution (see John 15-16), so we shouldn’t be surprised when we find ourselves in the minority. Rather than be discouraged, we should seek to honor the Lord in every way we can.”