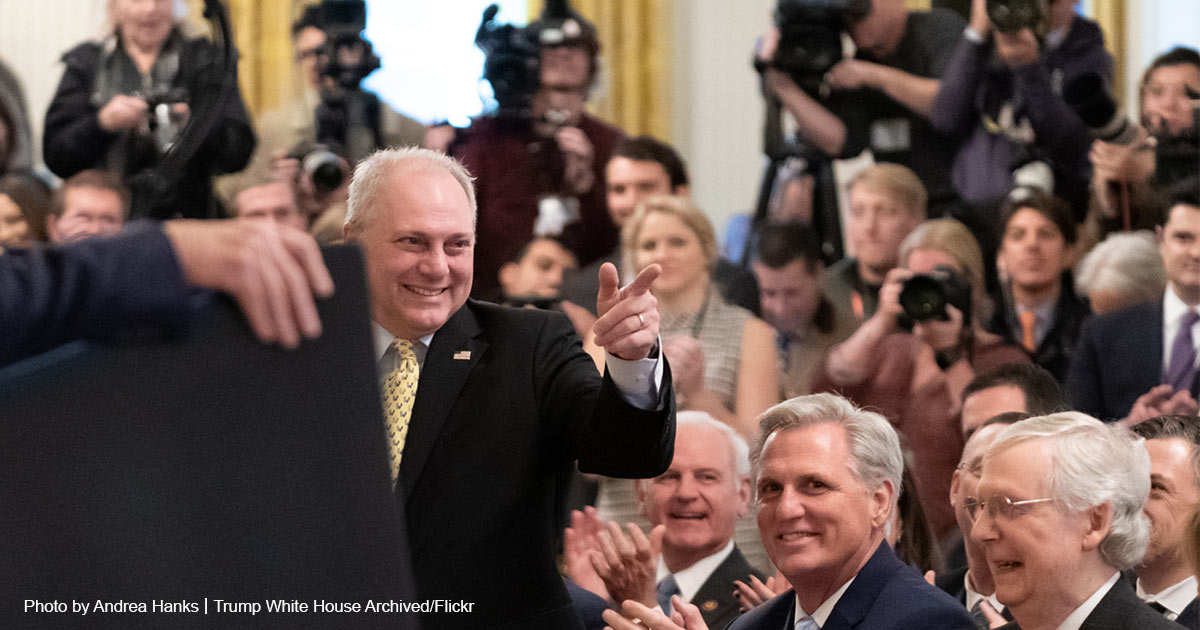 Now that the “who” question has been answered in the U.S. House, new Speaker Kevin McCarthy (R-Calif.) is turning Republicans’ attention to the “what.” In the first full week of the GOP’s majority, there are plenty of priorities clamoring for attention, but conservatives have already made it quite clear what’s at the top: life.

Before everyone’s eyes were glued to the speaker’s race, House Majority Leader Steve Scalise (R-La.) tried to give Americans a preview of the big-ticket items Republicans would be tackling in the new year. In a letter to colleagues on December 30, he outlined all of the areas that needed the GOP’s immediate attention — everything from the open border to President Joe Biden’s suffocating energy policy. Included in the 11 “commonsense measures,” as Scalise called them, were the Republicans’ first cracks at the administration’s radical abortion policy.

Among the “meaningful ready-to-go” legislation he lists as urgent is a bill that the pro-life movement has been toiling for years to pass: the Born-Alive Abortion Survivors Protection Act. The bill’s sponsors have insisted the proposal should be the least controversial vote members take. Instead, the idea of protecting a newborn who’s escaped death has become a political football, bouncing from one Congress to the next by Democrats who don’t want to acknowledge the personhood of an unwanted baby.

Now, after four years of trying to force a vote, Republicans are finally in a position to hold one themselves.

And not a moment too soon, pro-lifers say. As Connor Semelsberger, Family Research Council’s director of Federal Affairs, pointed out, “Since Roe v. Wade fell last summer, several states have taken extreme measure to expand their abortion laws to make it more permissive. A total of 21 states now allow legal abortion at any point in pregnancy, making it even more likely that instances of failed abortions in the third trimester will lead to babies being born alive. It is imperative that Congress pass legislation to make sure every infant that is born in our country has the same rights and dignity no matter what state you are born in.”

In his floor schedule for the week, Scalise also put Congress on notice that the GOP would be condemning the attacks on more than 100 pro-life institutions and churches.

“Ever since the draft of the Dobbs v. Jackson Women’s Health Organization decision was leaked to the public, pro-life institutions, including crisis pregnancy centers and churches, have been subjected to a recent uptick in violence and destruction. … Rather than supporting the organizations that are [helping] our most vulnerable, Democrats and the Biden [a]dministration are turning a blind eye to the violence targeting these places. It’s time for the House of Representatives to condemn this violence and put the needs of women and infants ahead of the outrage machine from far-left, pro-abortion activists.”

Both initiatives are just the start, conservatives hope, of a full-scale pro-life offensive in the House. There’s also a concerted effort to get Rep. Chris Smith’s (R-N.J.) longtime pursuit, the No Taxpayer Funding for Abortion and Abortion Insurance Full Disclosure Act, on the docket, which would make the Hyde Amendment permanent across every federal agency. As it currently stands, only the Department of Health and Human Services has any type of blanket prohibition on taxpayer funding of abortion — and Republicans have to fight tooth and nail to include it in each year’s budget.

As far as 40 organizations are concerned, this new pro-life emphasis is the gateway to an even longer list of actions conservatives have been waiting for. Group leaders, including Family Research Council President Tony Perkins, signed a letter to members of the 118th Congress, urging them to push for an aggressive pro-life agenda that includes the Heartbeat Protection Act (to limit abortion after the detection of the baby’s heartbeat), the Save Moms and Babies Act (which would help stop the interstate flow of chemical abortion drugs), the Protecting Individuals with Down Syndrome Act (to outlaw abortions based on a Down syndrome diagnosis), and the Conscience Protection Act (which would spare pro-life doctors, health care providers, and pharmacists from being forced to participate in abortions).

“When the Supreme Court overturned and buried Roe v. Wade,” the organization heads wrote, the majority opinion rightly said that the American people — through their elected representatives — will determine our nation’s abortion policy. The American people responded by electing a pro-life majority to the people’s House, and Members have a duty to advance the cause of life in 2023.”

Although some have blamed the disappointing election results on the GOP’s laser-like focus on abortion, others, like Republican National Committee Chairwoman Ronna McDaniel, credit the party’s stand for its nationwide success. “There is a pro-life majority in the House today because Republicans put Democrats on defense for their radical pro-abortion agenda, including their push for gender-selective late-term abortion,” she told The Washington Stand. “The Republicans that messaged effectively and forced their opponents to defend their extreme positions were successful in 2022 because life is a winning issue. The Republican House’s pro-life agenda will save lives, protect mothers, and send a clear message that all life is precious.”