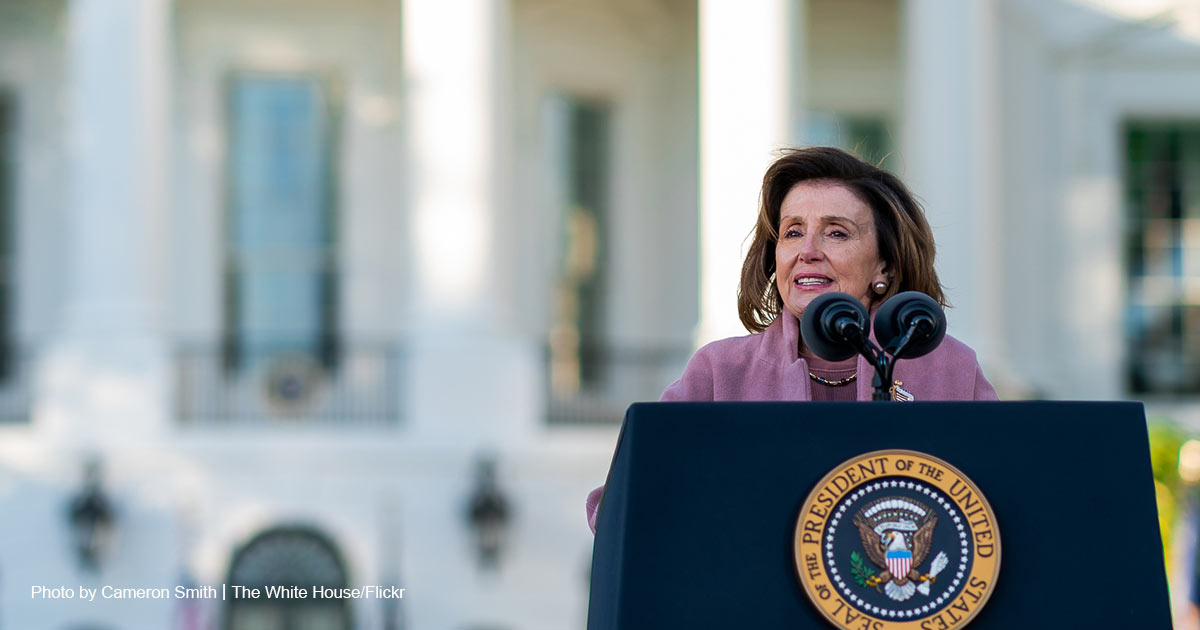 Pelosi, The ‘Queen of Poison,’ to Hold Two Abortion Votes This Week

Scrambling for ways to reinstate a top-down abortion policy that bars all 50 states from punishing abortionists, House Democrats have scheduled at least two votes and multiple hearings — including a bill that could strike down nearly all state pro-life protections until birth.

Speaker of the House Nancy Pelosi (D-Calif.) said that Congress has a “sacred, fundamental duty” to promote such “fundamental rights” as abortion on demand. “House Democrats will never relent,” she insisted, as the House voting schedule this week shows.

Proponents often tout the more sweeping of the two bills, the “Women’s Health Protection” Act (H.R. 8296), as “codifying Roe v. Wade into law,” although it goes far beyond Roe. In one swoop, the policy would strike down pro-life laws nationwide, eradicating laws:

The more modest “Ensuring Access to Abortion Act of 2022” (H.R. 8297) would make it illegal for any state to hinder an abortionist’s “ability to provide, initiate, or otherwise enable an abortion” on a woman traveling from a state where abortion is illegal, nor to stop the shipment of abortion-inducing drugs that have been approved by the FDA across state lines.

In addition to the two bills, House and Senate committees have scheduled five hearings on abortion within seven days, starting on Tuesday. And Pelosi has promised this is only the beginning — a pledge her foes take seriously.

“I expect more poison from Nancy Pelosi. She’s been the queen of poison on this issue since I have been in Congress. She’s going to be out there doing as much toxic damage as she can do to the issue of life that she can while she still has the gavel” as speaker, Rep. Jackie Walorski (R-Ind.) told guest host Joseph Backholm on “Washington Watch” Monday. “That’s why I just am so thankful that she’s going to lose that gavel in January.”

The WHPA, which opponents deem the “Abortion Until Birth” Act, appears doomed to fail the Democrat-controlled Senate, as it has twice in the last five months. The Senate voted down the WHPA by a 46-48 vote in February, and the bill failed a cloture vote (ending debate and bringing the bill up for a full Senate vote) in May, 51-49. Pro-life Democrat Joe Manchin (D-W.Va.) joined the Senate Republicans in voting against the abortion-expanding bill in both cases. President Joe Biden briefly raised the possibility of doing away with the Senate filibuster to pass the bill, only to admit he lacks the votes to do so.

If it could pass, even some social liberals say the WHPA would violate the authority the Constitution vests in Congress under Article I, Section 8. “Congress may not proceed, without constitutional authorization, to establish a generalized, national right to abortion,” wrote Robert Levy, the chairman of the libertarian Cato Institute.

As a result, abortion activists have increasingly turned to the White House to impose a rule via executive order. Biden signed a limited executive order last Friday, mostly consisting of pleas for the executive branch agencies to “consider” taking various actions. That has not satisfied the most extreme elements of his party’s base. They have asked that he lease federal lands in pro-life states to abortionists, so they can evade state laws.

Others have said the president should declare the overturning of Roe v. Wade a public health crisis, which would give the president a bit more room for unilateral action. Rep. Judy Chu (D-Calif.), who introduced the WHPA in the House last summer, has said, “I myself favor a public health emergency.” Jen Klein, the director of the White House Gender Policy Council, said the move “didn’t seem like a great option,” because it releases little money or authority. “In truth, there is very little that the president can do on his own,” admitted House Majority Leader Steny Hoyer (D-Md.).

But the prospect concerns pro-life advocates. “If you declare health emergency over abortion, a political ideology that’s dangerous sets a very dangerous precedent — not just for this current administration, but any future administration,” Connor Semelsberger, director of Federal Affairs at Family Research Council, told Backholm Monday.

“They want to push the envelope to go after these states that are, for the first time in 50 years, protecting life at conception [and] seeking to help women and mothers in need,” explained Semelsberger. “They want the Biden administration to use every tool in the toolbox to go after pro-life doctors and even infringe upon conscience rights for any doctors that reject performing late term abortions.”

But pro-life advocates warn that even loss of a congressional majority will not stop Democrats from expanding abortion, just as the lack of congressional support did not stop the Left from legalizing abortion in the first place. “If the Republicans are successful in taking back the House and Senate, look forward to tons more executive actions from a lame duck Biden White House,” cautioned Semelsberger.