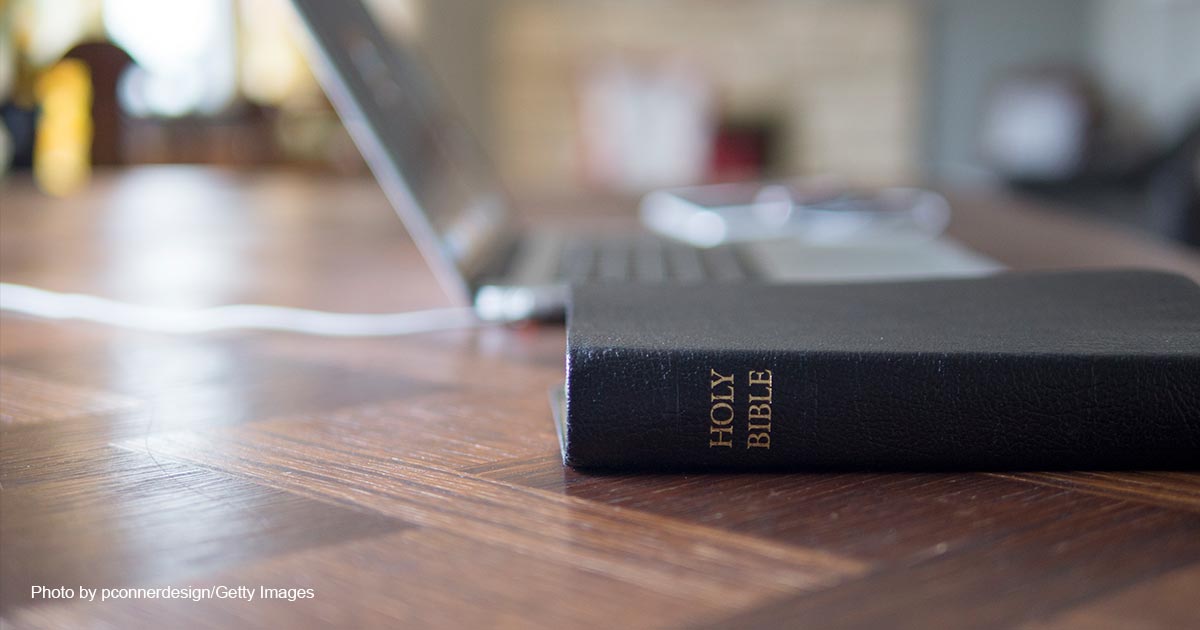 Poll: Fewer Americans Than Ever Believe the Bible Is God’s Word

The Bible is undeniably one of the most influential books in all of history — not to mention, a Guinness World Record holder as an all-time number one non-fiction best seller. Yet, as culture continues to shift dramatically, so has the average American’s view of the Bible.

This study sheds some further light on the spiritual state of Americans pertaining to their view of the Bible, given that previous studies have reflected similar findings. According research released by George Barna last year, only 6% of Americans have a biblical worldview. Instead, many have traded out the previously predominant Judeo-Christian worldview for “Syncretism” — a worldview phenomenon that Barna describes as an inconsistent conglomeration of convenient and comfortable views, rather than a coherently organized religious system. As very few American adults hold to a biblical worldview, this new study on biblical inerrancy sheds some light and offers an explanation for the spiritual state of the country.

In 2017 when this poll was last released, 24% of Americans held to the Bible’s inerrancy. In 1980 and 1984, 40% of Americans believed that the Bible was the actual word of God, at the peak of the reported numbers. This week’s updated poll shows a record-low percentage, finding that self-identifying born again Christians, typically Protestants, had a higher chance of falling into this more conservative, literal, declining category of Americans.

The study concludes, “At this point, a declining proportion of the overall American population — now 20% — believes the Bible is literally true, word for word. About half believe that the Bible is the inspired word of God, but not everything in it should be taken literally, while almost three in 10 say the Bible is an ancient book of fables and history. Belief in a literal Bible is declining, part of a general pattern of declining religiosity among the adult American population.”

On Wednesday’s edition of “Washington Watch,” Family Research Council president Tony Perkins offered his hypothesis for why the majority of Americans are skewing away from a literal interpretation of the Bible. “I think the reason we’re seeing this downward trend in terms of those who view Scripture as literal, literally the Word of God is the cultural forces that have really begun to press in on the church because of some of the things you mentioned they’re having to rectify.”

He acknowledged that accepting the Bible literally comes at a countercultural, often personal cost. “Either the word of God is true, and the choices that family members have made about their sexual lifestyle, their personal relationship in terms of holiness, what kind of church they’re in, and the doctrine that’s being taught that if those things are true in the Scripture, then they’re out of line with it. So as these pressures come to bear, it’s easier just to reject those elements of Scripture and say all is fine.”

According to Perkins, the alternative to a literal view of the Bible — that is, believing it to be an inspired, spiritual book of teachings, not to be taken literally — is a slippery slope. “I would make the argument that if you reject the word of God as being the literal word of God, how do you know what is actually left that you can count on? I mean, how do you know that the redemptive story is the part that’s actually real? If you reject the sin part or the hell part, I think the only way you have a full understanding and safety is [to] embrace the full word of God as he states that it is, in fact, his word.”

Episode guest Owen Strachan, senior fellow for FRC’s Center for Biblical Worldview, concurred with the dangers of dismissing the inerrancy of the Bible.

“Either the whole thing is God’s speech, God’s revelation, God’s testimony of himself and his ways and his works and what he has done in history through his people, or else you’re just doing theological buffet, and you're just slicing and dicing like Thomas Jefferson did hundreds of years ago,” Strachan observed. “You’re literally taking a pair of scissors and you’re snipping out the parts that you don’t like from the Bible and giving yourself your own understanding of the Bible as a product. That’s what lots of people do, though.”

Perkins posed a solution to the national decline in biblical regard, beginning with strong families and bold church leadership. “We need to return to a high view of Scripture, and that it has to be central to everything that we do in the home. Parents need to be teaching the word to their children. They don’t have to have theological degrees. Just read it. The word through the Holy Spirit will teach itself to us.”

“And pastors,” he continued, “I believe pulpits need to be reading more of the word and not just picking a verse here and there and building a sermon around it. And I love sermons, as a pastor, but the word — that is what God said will not return to him void — is his word.”