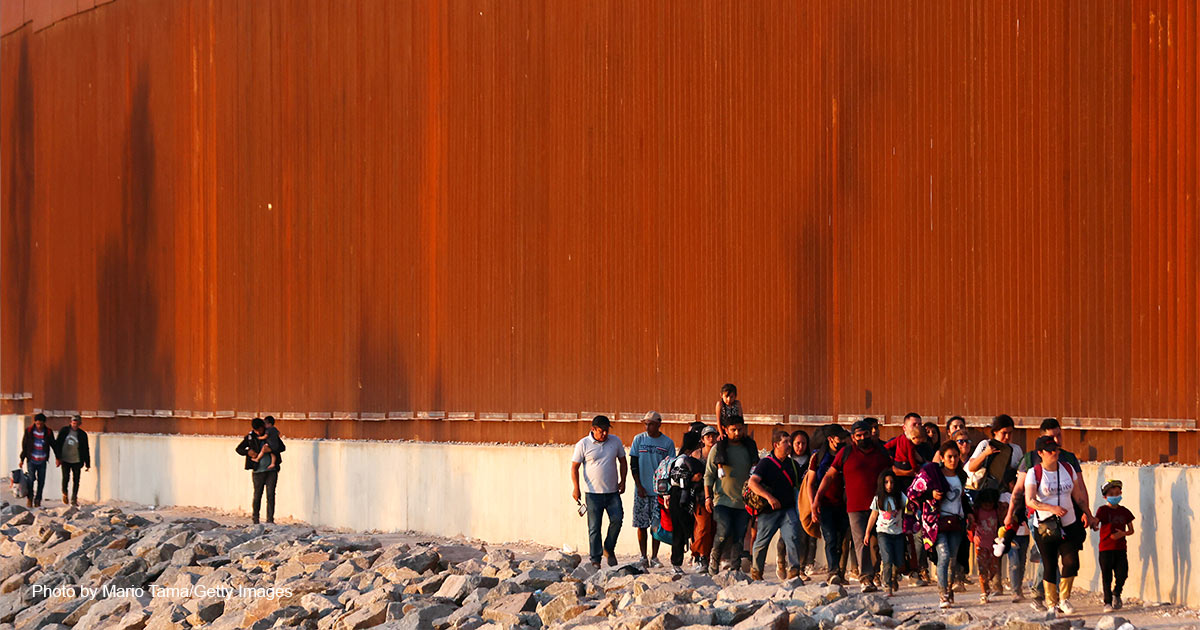 The Biden administration has been spent nearly two years transporting illegal aliens across the nation for many reasons — including to have taxpayer-funded abortions. A new bill introduced by a coalition of pro-life senators aims to protect U.S. taxpayers from subsidizing non-citizens’ abortions.

Officials in the HHS’s Office of Refugee Resettlement enacted the pro-abortion policy last October as a way to circumvent the Texas Heartbeat Law. The “field guidance” instructs agents to place pregnant illegal immigrants outside the state of Texas, if possible, and to transport them outside the state if they request an abortion.

“Biden has said that he cannot impose his Catholic morality on the nation. This is a blatant lie,” Fr. Stephen Imbarrato, the founder of LifeMinistriesUS, told The Washington Stand. “He clearly wants to impose his abortion agenda on all Americans, including Catholics.”

Biden’s offer of free abortions represents “a new low, even for the most pro-abortion president in U.S. history” in the view of Senator James Lankford (R-Okla.). “His priority seems to be increasing abortions in America, rather than stopping illegal immigration or protecting the lives of children.”

On Wednesday, Senator Roger Marshall (R-Kan.) introduced the “No Taxpayer Funds for Illegal Alien Abortions” Act. The 247-word bill bars any employee of U.S. Immigration and Customs Enforcement (ICE) or for the Department of Health and Human Services (HHS) from transporting any illegal immigrant across state lines to have an abortion. It reinforces current law, which protects taxpayers from underwriting abortions for illegal immigrants unless the pregnancy threatens the mother’s life or resulted from rape or incest. The bill also protects conscience rights, as it denies the government the ability to “to require any person to perform, or to facilitate in any way the performance of, any abortion.”

It’s not known how many illegal aliens have received an abortion at U.S. taxpayers’ expense. But as many as 4,772 female unaccompanied minors were in ORR’s custody at any one time over the last year, according to HHS figures.

“No American’s tax dollars should pay for any illegal alien’s abortion, just like they should not pay for any American citizen’s abortion. Deportations are the only form of government-funded travel ICE should be providing to illegal immigrants,” said Marshall, as he introduced the bill on Wednesday. “We’ve seen President Biden and his cabinet secretaries repeatedly abuse their power to enact a radical agenda that is failing the American people.” Senator Steve Daines (R-Mont.) agreed that the policy represents a “gross abuse” of taxpayer funds that “should never be allowed.”

The new bill reiterates such longstanding U.S. policy as the Hyde Amendment, the Helms Amendment, and the Weldon Amendment, noted Connor Semelsberger, director of federal affairs at the Family Research Council. “For 45 years, federal law has maintained the principle that taxpayer funds should not be used to subsidize abortion at home and abroad,” he said. “Thanks to Senator Marshall for carrying this principle forward to ensure that our taxpayer funds are not used to pay for abortions or abortion travel for any detainees in U.S. custody.”

A near-record 1.94 million illegal aliens have crossed the southern border since last October, including nearly 200,000 in July.

The Left’s “extreme ideological commitment to open borders” have brought America “month after month of astonishing, record levels of irregular migration across the southwestern border,” Rep. Dan Bishop (R-N.C.) told “Washington Watch” guest host Joseph Backholm on Wednesday. “It’s horrible for them. It’s horrible for the American people.” Yet the administration insists the border is under control. “All you’ve seen from the Department of Homeland Security, from Secretary Alejandro Mayorkas, is denial and insistence that our border is secure, that everything is working as it should be,” Bishop added.

Lawlessness at the border fuels the rape and sexual trafficking that all-too-often led to illegal immigrants’ pregnancies in the first place. “A massive wave of illegal immigration is providing cover for human smugglers and sex traffickers. We know that thousands of vulnerable women and girls have fallen victim to these criminals, yet the Biden White House has done nothing to stop it,” said Senator Marshal Blackburn (R-Tenn.) By turning a blind eye to the border, the Biden administration is effectively “participating in organized crime,” Texas Attorney General Ken Paxton (R) told “Washington Watch with Tony Perkins” in July.

Planned Parenthood employees would frequently play on illegal immigrants’ fears to pressure illegal immigrants into having abortions, Rodriguez revealed. Abortion workers would tell women, “We won’t deport you. We won’t call ICE on you. But if you carry your baby and go to the hospital and you live, for example, in Arizona or Ohio or other states where they have very strict anti-undocumented people laws, you may get deported.”

The interlocking layers of immorality should cause the leadership of the Roman Catholic Church to take disciplinary action against the president, Fr. Imbarrato told TWS. “I implore the bishops of the U.S. to finally say ‘enough is enough’ and take a strong, united stand against this anti-life, anti-woman, anti-religion action of the Biden administration and to call out Joe Biden for his pro-death and anti-immigrant, anti-American policies,” he said. “The bishops must not only decry the actions of this president but make it clear that his [abortion] policies have separated him from communion with the Church.”

To date, Catholic leaders have refused to adopt a uniform policy implementing Vatican documents that hold a pro-abortion politician’s “[p]astor should meet with him, instructing him about the Church’s teaching, informing him that he is not to present himself for holy communion until he brings to an end the objective situation of sin.” While a handful of bishops instructed House Speaker Nancy Pelosi (D-Calif.) not to present herself to receive the eucharist, she received communion at the Vatican — something Catholic League President Bill Donohue called a political “stunt.”

Many of Biden’s fellow Catholics say it is well past time for the church hierarchy to act. “I lay at the bishops’ feet all these progressive attacks on American families, because they refuse to take the actions necessary to stop Biden and the Democrat Party from these assaults. Fifty percent of Catholics voted for this apostate, because the bishops refused to stand against him. This disaster of an administration is on them.”

Biden is far from alone in his advocacy of abortion for all. The New York Assembly and Senate passed a bill (S9078) to establish a “Reproductive Freedom and Equity” program, which mandates taxpayers to pay for the abortion of “anyone who seeks [abortion] in the state,” including illegal immigrants.

Senator Marshall’s bill currently has nine co-sponsors, giving it the support of one-tenth of the evenly divided Senate. But it has room to grow. A coalition of 22 congressmen, led by Rep. Andy Biggs (R-Ariz.), asked the DHS and HHS secretaries in July to account for the number of illegal aliens’ abortions each agency has facilitated, how much money they spent, whether they obtained parental consent, and what legal authority they invoked to do so. “Your departments must immediately cease transporting illegal aliens to have abortions,” they wrote.