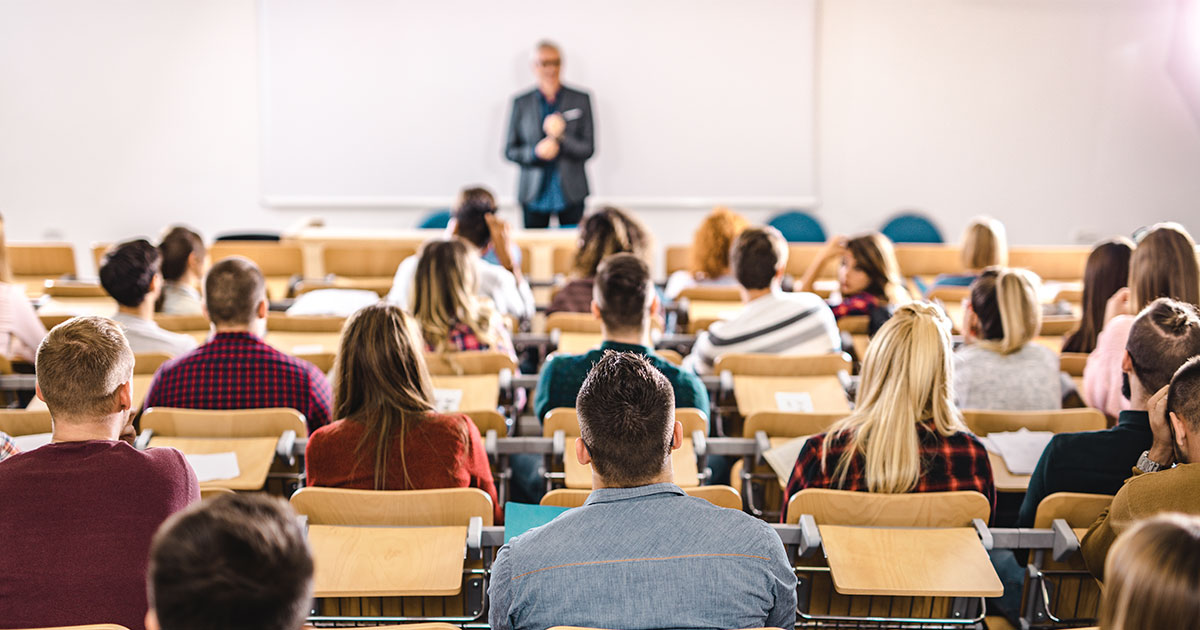 State universities indoctrinate future teachers in controversial transgender, racial, and political theories — and instruct them to teach these principles to children beginning in preschool, a new report has found.

“There's a huge amount of liberal indoctrination going on,” the report’s author, Will Flanders, told “Washington Watch” guest host Joseph Backholm on Monday. “We found it across every public university in the state that has an education program.”

Flanders, the research director at the Wisconsin Institute for Law & Liberty (WILL), performed a wide-ranging records search across all public universities in Wisconsin that teach education. He and co-author Dylan Palmer asked for the syllabus, assignments, and reading list for education courses — the classes future teachers needed to pass in order to teach in the state’s public schools.

The 44-page report found that many of these courses begin by defining biblical morality as beyond the pale. The “Multicultural Education” course at the University of Wisconsin at Superior forces students to take the “Human Relations Attitude Inventory,” which asks how strongly students agree with such statements as: “Homosexuality is unnatural because it is contrary to human nature”; “We should not notice differences in people’s skin color”; and “Whites are just as likely to be victims of racism as racial minorities” — all of which the course intends for students to reject.

Once the university changes students’ personal morality, it instructs them to begin introducing radical gender theory to children as young as three. At UW-Whitewater, students read a chapter titled “Just Another Gay Day in the Campus Three-Year-Old Room,” which tells students to include LGBTQ “lessons with a three-year-old day care center.”

At UW-Green Bay, would-be pedagogues must read the book “Safe Is Not Enough: Better Schools for LGBTQ Students” by Michael Sadowski, which the report explains “argues that teachers must bring conversation about gender and sexual identity into the classroom, encourage advocacy, and foster the LGBTQ identification of young students.”

The universities also teach students to fight “homophobia” in their taxpayer-funded classrooms. UW-Stout students have to take a course titled “Multiculturalism: Dialogue & Field Experience,” which mandates that students “critique the nature and effects of political economies such as colonialism and slavery, and specific socially constructed and discriminatory discourses such as race/racism, whiteness, poverty, class/classism, gender/sexism, sexual orientation/homophobia, different abilities/ ableism in the field of education and beyond.” They must then identify whether educational systems “reflect equity and equal educational opportunity through a critical examination of hegemony in the form of culture, race, social class, gender and sexual orientation … and homophobia.”

Other titles students in the University of Wisconsin’s education classes must read include:

Future teachers must also read an enormous amount of critical race theory. UW-Stevens Point education students must read portions of the CRT canon, including Robin DiAngelo’s “White Fragility” and Ibram X. Kendi’s “Antiracist Baby.” Flanders noted that, while he has no objection to students being exposed to such theories, these mandatory education courses present these theories without any opposing viewpoint, as though they were uncontested truths.

These criteria mean that teachers will be “discussing racial politics, gender politics, sexual identity, transgenderism, ahistorical anti-American history, and culturally revolutionary ideas with children as young as five or six years old,” according to the report, which was produced by the Wisconsin Institute for Law & Liberty (WILL).

“There’s even more in there than what’s listed in our report,” Flanders told Backholm. “It’s still a small sample from each university. But it’s likely that almost every class that a [prospective] teacher is in” has similarly biased content.

“When we’re looking for the origins of the stuff that we are seeing in our classroom today, what we’re learning here is it’s not just teachers organically coming up with this stuff themselves,” explained Flanders. “Instead, it’s the process that’s been going on for years and years throughout their entire education.”

The results can be seen in Wisconsin classrooms, where test scores continue their multi-year decline. In the 2020-21 school years, only one-third of students from third through eighth grade passed the state’s Forward test, down eight points from 41% in 2018-19. Scores on the ACT, which state law requires every high school junior to take, have eroded from 20 in 2014-15 to 19.6 in 2020.

Teaching educators radical political theory instead of subject matter or pedagogical techniques likely affects these outcomes, Flanders believes. “It’s a fixed pie. There’s a set amount of hours in the day and a set amount of classes that a teacher is taking. And inevitably, some of that content is being replaced by this sort of material that really is not related directly to what they’re supposed to be teaching, but takes up that time,” Flanders stated. “We see the results in schools that are seeing declining performance relative to where they were a decade ago.”

The report appeals to Wisconsin lawmakers to rewrite Section 118.19(8) of the Wisconsin statutes, “which mandates that the Department of Public Instruction grants teacher licenses only to those who have ‘received instruction in the study of minority group relations,’” where highly controversial theories are being propounded as undisputed fact.

Flanders previously conducted a study that found the prevalence and duration of school closures had to do with the strength of local teachers unions and the area’s political opposition to President Donald Trump, not the COVID-19 infection rate. “The number of COVID-19 cases in a particular community bore no relationship to the decision to go with virtual education,” Flanders wrote. “It is partisanship and union presence that are the main drivers of the decision to reopen or not.”

Flanders said, if anything, his latest report underestimates the extent of the problem. “It’s definitely the case that we are seeing this stuff pop up … at small rural universities that might have very little connection to those larger universities,” he concluded. “It’s pervasive across the board, because I think it sort of fits with the politically correct narrative that these schools want to push. And that’s what makes it even harder to fight.”