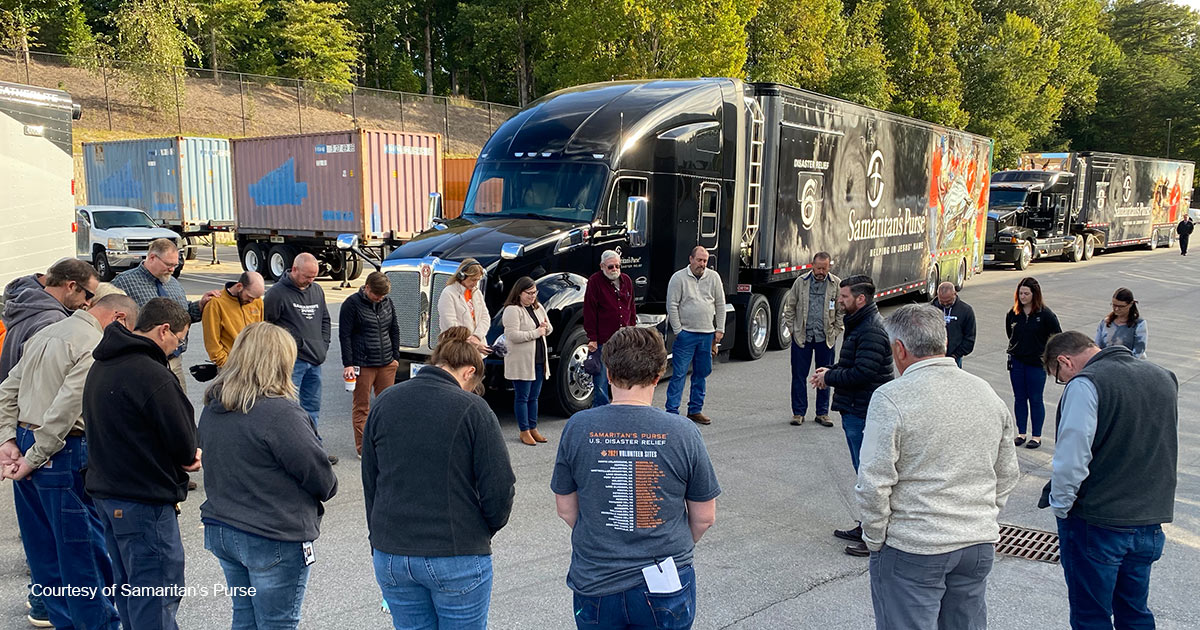 Though the initial Category 4 hurricane sweeping the southwestern coast has been downgraded to a Category 1 as of Thursday morning, Ian is still wreaking havoc in the lives of Floridians, with rainy repercussions expected to ripple out to neighboring states and along the east coast.

As federal and state relief teams mobilize meals, hospitals, generators, and the like, leaders warn that the situation at hand is no joking matter. “This could be the deadliest storm in Florida history. The numbers we have are still unclear, but we’re hearing early reports of what may be substantial loss of life,” President Joe Biden said of the declared tropical disaster at a FEMA press briefing this afternoon. The state’s governor, Ron DeSantis (R), emphasized the devastating effect of the situation, stating in Thursday’s press conference that, “The impacts of this storm are historic, and the damage that was done has been historic.”

Since the storm officially made landfall Wednesday at nearly 150 mph, millions of Americans have felt its punishing blows in the form of property damage, power outages, and even a rising death toll. As First Responders and the Coast Guard deployed to rescue stranded residents, Christian nonprofit Samaritan’s Purse is dispatching relief aid via tractor trailer loads, arriving in Florida today. They are prepared to link arms with local churches and officials to bring humanitarian help. Focusing on highly affected communities, they will be rallying volunteers to “help families by mudding out flooded homes, tarping damaged roofs, and clearing debris.”

“The devastation in Florida is just heartbreaking. So many people have lost everything to Hurricane Ian, and they need our prayers,” Franklin Graham, president and CEO of Samaritan’s Purse and the Billy Graham Evangelistic Association, commented to The Washington Stand. “Samaritan’s Purse has staff on the ground, we have disaster relief units on the way, and we will need an army of volunteers as we prepare to begin working in the hard-hit Fort Myers area. The Billy Graham Evangelistic Association has also deployed mobile ministry units and 20 crisis-trained rapid response team chaplains, and we’ll bring in even more as needed. Please pray for all those who are suffering as we help in Jesus’ Name.”

As help pours in to the weather-battered state, good Samaritans are rallying from within as well. Jerome Anderson, a local pastor working with the Florida Baptist Disaster Relief, offered his perspective from Fort Myers. “The damage is quite severe,” he told TWS. “If you go closer to the beach, Fort Myers Beach has had a lot of destruction. Sanibel, Cape Coral, a lot of destruction here where I’m at [in] central Fort Myers, [there are] a lot of trees down and things of that nature.”

Through a network of about 100 local churches, he explained to TWS that they are figuring out where to set up kitchens and disaster relief sites amidst the neighboring southern peninsula cities, with hopes to be setting up in the next two days. “What the Florida Disaster Relief will do is they’ll partner with the National Guard, with all the other agencies that are trying to help out here in South Florida, they’re all partnered together. We’ll bring in clean up and recovery, [food], [and] logistics where we help people get contact with FEMA, or contact for their insurance, or to have whatever’s going on in their situation taken care of. We’ll try to get groups out to try to help clean out houses that have been affected by flooding. … They’ll set up a feeding station at the site where they’ll be able to feed thousands of people. They bring in the big sites. They can feed up to 6,000 people. So that’s what we’re all doing right now. We’re just trying trying to assess our area, see where the best place to set these sites up is going to be.”

Anderson told TWS that it has been encouraging to see local churches come together to serve their community in need. “When we come together in a time like this … and truly [act as] the hands and feet of Jesus, that’s really what it’s all about … going out there, helping people out.” He encouraged Christians to pray for Florida churches to be able to continue rallying around their communities, for those experiencing loss in south and central Florida, and for the first responders putting themselves in harm’s way to help others.